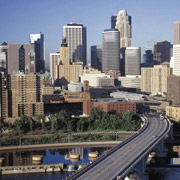 Standing in line for coffee, taking the bus, even walking down the block, throughout the day we brush many shoulders and contact a lot of eyes that bind us to familiar strangers in small ways.

Coming from different ethnic, economic, social, and educational backgrounds, however, we assume significant commonalities with these people is rare at best. However, there’s a 99% chance we have something in common, as the Occupy movement is trying to show.

It’s something the top 1% of Americans tend to take as a given. Attempting to curve this trend, and increase equality in all aspects of society, the Occupy movement began in New York. Cities nationwide, including Minneapolis, have joined this push.

But it seems the Occupy MN movement picked an odd target for its ire: the Hennepin County Government Plaza. Logistically, the location works due to the fact that City of Minneapolis Officials are allowing protestors to sleep in the plaza free from worries of arrest.

But staging a protest against economic injustice might have been more effective in front of one of the major downtown banks, not a public building.

Here’s why. Two towers comprise the Hennepin County Government Center. One of those towers houses a great deal of social service offices that help the masses achieve success, the protestors’ basic mission.

For example, the plaza is home to services helping the survival of strong familial units across all economic levels, including the WIC program, child support and assistance services, and various health programs widening medical access.

Undoubtedly, these are not the initiatives the 99% movement wishes to combat, making the plaza a less than ideal location.  However, perhaps its central location and the influence policymakers inside carry in forming equitable public policy outweigh the need to target institutions more culpable for our nation’s great financial disparity.