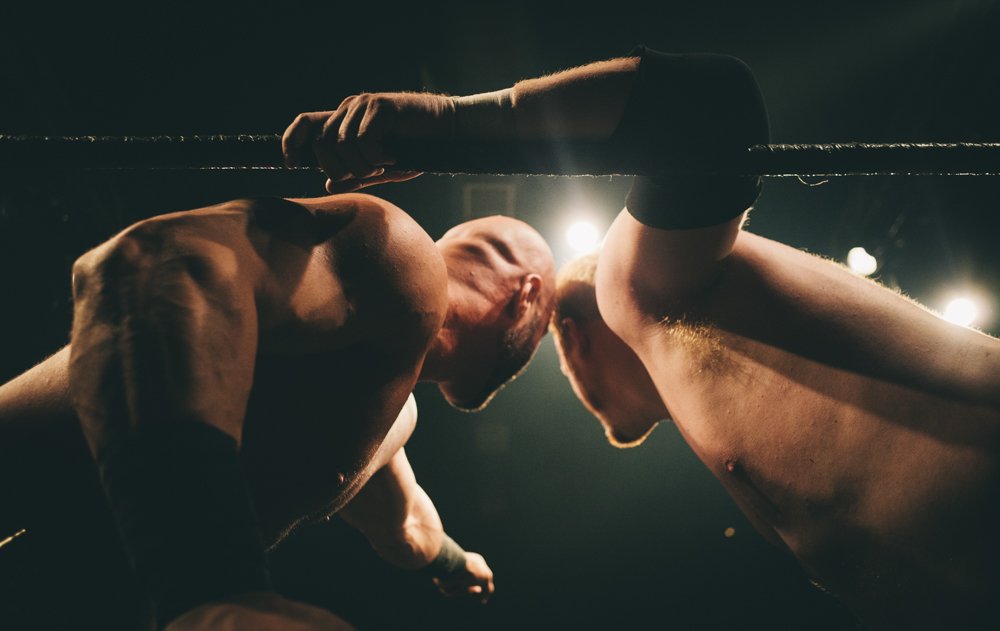 The stars of Midwest independent wrestling converged on First Avenue on Saturday, June 14 for what might be local wrestling’s best-kept secret, F1RST Wrestling’s Wrestlepalooza. The event, the fourth of its kind, was sponsored by Pabst Blue Ribbon and spanned roughly three hours. The show brought wrestling stars such as journeyman indy superstar Colt Cabana, Arik Cannon, Ariya Daivari, and Horace the Psychopath, together with local group Banner Pilot and the burlesque stylings of Queenie Von Curves and Sweetpea, to create the well-paced variety show which has become the signature of Wrestlepalooza events.

Of the wrestling action that was served up, two matches stole the show. Horace the Psychopath and Pete Huge electrified the crowd with an excellent back-and-forth brawl, while the tag team bout featuring The Northstar Express and Zero Gravity brought the crowd to a vocal frenzy with a flurry of high-flying action. The in-ring action benefited greatly from the energy and enthusiasm from the crowd, whose noise-levels increased in direct proportion to their blood-alcohol level. By the main event, the crowd was pressed tightly to the ring, closer than would likely be allowed at any other wrestling event. While the crowd was unbelievably vocal and aggressive by the end of the evening, they still retained a level of self-control which allowed the performers to do their work in a relatively safe environment.

In the main event, Colt Cabana channeled his inner “Hacksaw” Jim Duggan in a battle with local talent Ariya Daivari. Cabana carried Old Glory to the ring, a counterpoint to Daivari’s nuclear-heat-inducing anti-American rhetoric. In the end, Cabana sent everyone home happy with a massive table-spot, putting Daivari through the classic foreign object and walking away with the win.

The entire event was helped along by the variety provided by the talents of Banner Pilot, Queenie von Curves, and Sweetpea. Sweetpea was definitely the star of the sideshow, hula-hooping her way through her entire performance in a mind-boggling display of whatever it is that makes hula-hooping work. Queenie von Curves provided an energetic and engaging performance, while Banner Pilot’s brand of pop-punk sound good compliment to the action.

Overall, Wrestlepalooza was once again a huge success, providing an invaluable platform for the convergence of three distinct Minneapolis scenes. As always, First Avenue made for the perfect venue for an incredibly fan-friendly experience that very likely left all in attendance clamoring for Wrestlepalooza’s future fifth instalment. Wrestlepalooza may feel in some ways like a secret, but it is definitely the sort of secret you’re dying to share.