Like the $5 bill you find under the cushions of your couch, important policy discussions can be buried beneath old political story lines.

Is anyone listening to good healthcare reform ideas?

On Tuesday, the White House announced that, instead of submitting Donald Berwick – the administration’s pick to run Medicare and Medicaid – to the United States Senate for approval, they will instead bypass the chamber and add him as a recess appointment (a process used by Bush,Clinton, and numerous other presidents).  While many Republicans are crying foul, the administration is eager to install Berwick, both to add a new face to the defense of the health care reform law that the administration passed last winter, and as a force for reform within the healthcare industry. While the first role is somewhat predictable and very political, it will by default get much of the media coverage.

…which is why we’ll be looking at the second: how to reform our healthcare system!

Donald Berwick, doctor of pediatric medicine, is among other things, the head of the Institute for Healthcare Improvement, an independent non-profit organization that has been looking into healthcare improvement for almost 30 years.  The IHI starts from the premise that with our healthcare system, we should be getting more for what we pay for.  The solution?  Find the parts that are wasteful, improve reporting on what’s going on in a hospital, implementing by-the-numbers sets of routines and checklists, and listening to doctors to find, and then share, good ideas.  Their work has been utilized both domestically and internationally, but institutional obstacles of “my way is the right way” remain throughout our healthcare system, which is both decentralized and full of endless variety.

One of the extremely novel things the IHI provides on its site is a list of 37 improvements that your healthcare organization can adopt – each of them clearly listing the costs, benefits, and goals of the improvement.  For example, improved pain management processes at your hospital will make sure that all your doctors are on the same page with how to assess pain, how to track medication, how to make sure the patient’s input is reviewed, and how to make follow-up with patients routine and valuable.  None of the ideas seem revolutionary, except when you realize that these policies are just now being implemented, meaning that not many (or all) healthcare providers are following even these minimal guidelines.

In the world of reformers, one of the most widely known has been Atul Gawande, a surgeon at Brigham and Women’s Hospital in Boston, and a professor at Harvard Medical School.  Atul comments widely on medical reform (including this much talked about story about the most expensive hospital in the US…. which is close to one of the most inexpensive), and champions the idea of instituting widespread checklists for doctors to use during a variety of procedures.  His concept, much like the IHI’s idea, is that medical procedures are at least as complicated and dangerous as flying a plane, and should not rely on the doctor’s memory to safely complete difficult tasks such as patient diagnosis, surgical procedures and ongoing patient care.  His ideas have sparked a debate amongst healthcare professionals who argue about a physician’s ability to make judgement calls and tailor their treatment to the patients they have in real life, not the patients that a diagnostic tool may envision.  Regardless, ample evidence exists that such checklists dramatically improve health outcomes, and (no small issue) costs.

The VA and NASA

Enter: James Bagian, the director of the VA’s National Center for Patient Safety – a center that, just as the name implies, focuses on improving health outcomes (and as a byproduct, cost) of how the VA goes about its business.  In an extremely interesting interview with Slate, he declares the most important factor in medical error, waste, and failure to be the culture within healthcare.  Specifically, the culture of “you messed up, now you have to pay (literally and figuratively).”  This attitude, he explains, keeps people from being honest when errors happen, reluctant to be open-minded about improving what they do, and completely unable to take a dispassionate look at how different processes work, in an effort to improve them.  His proof?  The dramatic improvement that the VA has undergone in recent years in exactly these areas, as a result of embracing a cultural change.  Bagian’s belief in the value of this process – one he takes from his time working for NASA, another complicated and dangerous occupation – has led him to try to spread the word on what he believes is the solution to our healthcare problems. 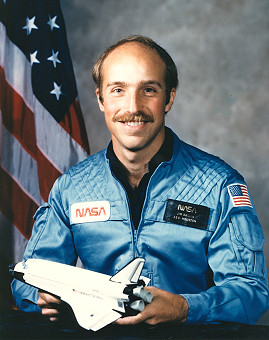 Part of what’s at stake with Berwick’s appointment is his role overseeing the Center for Medicare and Medicaid Innovation, a newly created office charged with figuring out what improvements should be made to Medicare and Medicaid, which by 2014 will both be dramatically expanded by Obama’s healthcare reform law.  What rules that center suggests, and how they are implimented may make a huge difference for generations to come, both in the costs of healthcare, and in the lives of those who receive it.