According to the Annie E. Casey Foundation’s study, “Race for Results: Building a Path to Opportunity for All Children,” Latino children are not being served well by most states in the United States. The study’s goal: all children should grow up in economically successful families; live in supportive communities; and meet developmental, health & educational milestones.

On a scale of 0 to 1,000, states were measured based on the following criteria:

Our children face all kinds of obstacles to opportunity and success. “Most vulnerable are the 5.5 million children who reside with at least one unauthorized immigrant parent” that could tremendously be improved by some sort of federal immigration reform. 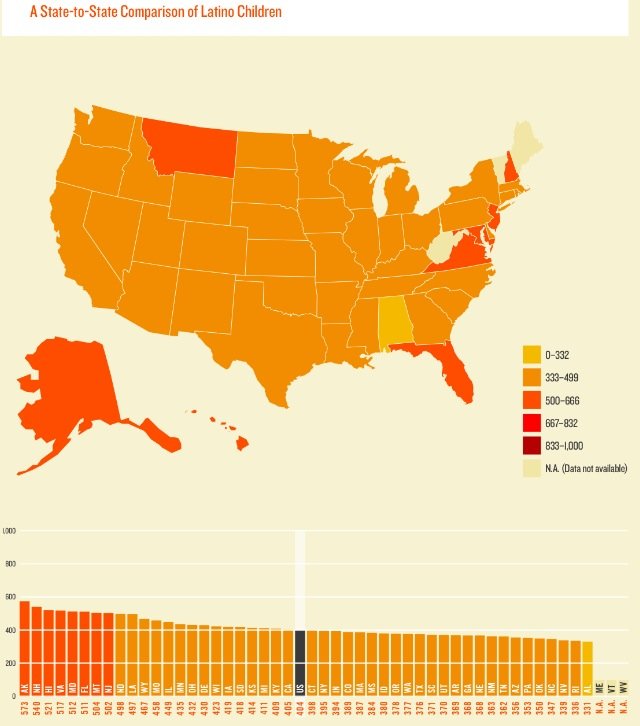 Other children are not fairing well either. Native American and African American children, at the national level, are below 500 index points out of a 0-1,000 scale according to this research. Here is a graph showing how kids are doing nationally by race/ethnicity: 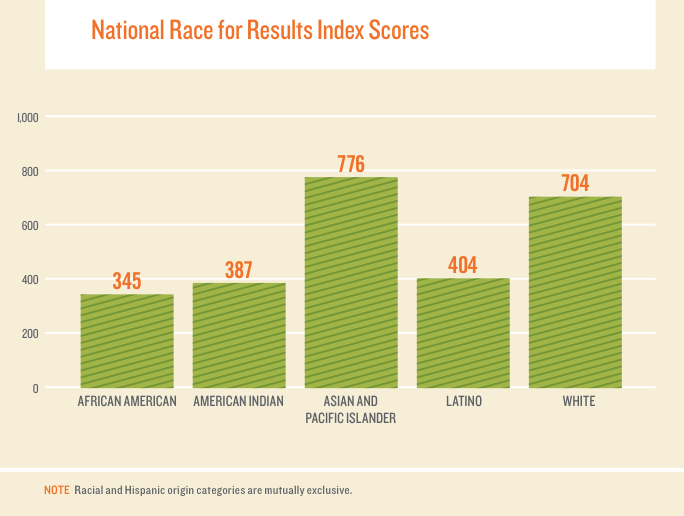 Minnesota, which prides itself for having a great education system, is lagging with most children of color. As indicated in the graph above, National index points for most states for students of color are at the lower spectrum. Here is a graph showing state and national scores for Minnesota for each racial/ethnic group: 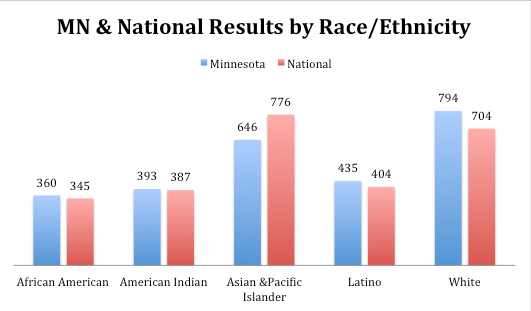 This is too dangerous of a track record for our nation and individual states. Oftentimes, people cite that people of color will soon be the majority in the US in terms of population. The Latino population will grow from 24% in 2012 to 29% in 2030. The fact of the matter is, according to this data, nationally, many children are being successful, but many are not and the bulk that are not are from families in communities of color and immigrant communities. In order for our nation to progress, the achievement of all communities must be equitable; we all should share the great wealth the US has to offer.

You can check out the report here that includes more recommendations to change this national trend.

(Figures 1-3 come from the report; I created the last graph from data in the report.)