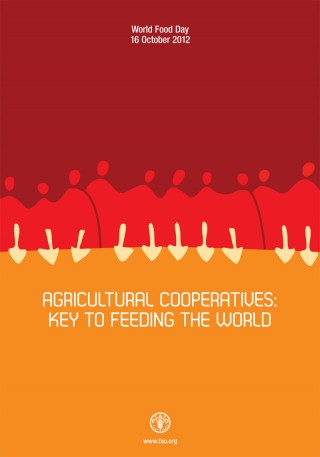 World Food Day is an event perhaps best known to those already advocating to end hunger in their own countries and around the globe. That seems like such an obvious goal, and yet how to achieve it is subject to vigorous debate. This year we’re in the middle of the third global food price crisis since 2008. It seems likely that those crises will become the upward swings of ever more unstable prices unless we make some serious shifts in policy and practice.

To begin with, it’s about time we abandon the idea that the problem of global hunger is simply about producing enough food. Increasing the volume of food production is important, but who has access to that food, and who controls how it is grown is even more vital. The International Fund for Agricultural Development (IFAD) reports that 70 percent of rural people live in poverty. Many of those people are themselves farmers who are also facing new threats to their ability to feed their families and their communities.

Over the last few years there has been a resurgence of interest and activism on the issue of large-scale farmland acquisition in the Global South. Conflicts between small-scale farmers or farm workers and foreign investors have been raging for decades, if not centuries. The pace and scope of those acquisitions, however, is new. In the decades preceding the food price crisis of 2007-08, new international trade and investment agreements created the legal conditions for land grabs, but low and falling commodity prices depressed the demand for farmland in developing countries. When food prices spiked, there was a rush of new investments by corporations, financial investors and sovereign wealth funds, many of which are not directly involved in food production. Vast amounts of land, perhaps equal to the size of Western Europe, have been leased or sold, often without the knowledge or consent of the communities who will be most affected by those decisions.

There are several overlapping challenges here. Land tenure laws are unclear in many countries and often don’t serve to protect small-scale farmers’ interests. Under the customary laws prevalent in many African countries, for example, community elders might sign off on land deals without consulting the people farming those lands, or decisions can be made far up the line in remote bureaucracies. In any case, the assumption that these lands are somehow vacant, blank slates, just waiting for new investments, is often flatly wrong, and expanding industrial agricultural production (often for export) in delicate ecosystems (where farmers may practice shifting cultivation) can have devastating social and environmental impacts.

The failure of international trade rules is a big part of the problem, since they often prohibit governments from taking actions to protect local food supplies and rural communities. The sharp swings in agricultural commodity prices also undermine confidence in the trading system, creating incentives for governments and companies to acquire land abroad to protect their perceived interests. The investment rules contained in the trade agreements (or established as conditions of trade agreements, as in the case of Mexico) protect investors against any changes in rules to prioritize local land ownership, or even to ensure that the investments serve food security or environmental goals.

Those rules also favor banks, sovereign wealth funds, pension funds, and other investors looking for the next new target for innovative investments, or a means to diversify funding portfolios. The increased demand for biofuels, also driven in large part by rules set in the U.S. and Europe, creates new incentives for investors interested in taking advantage of this huge new market. In many cases, firms purchase land outright or lease it for decades into the future. They are assuming that land prices will continue to rise as pressure for food production increases, and that assumption itself, and the volume of new investments, puts upward pressure on land prices and therefore even greater pressure on farmers around the world.

So the problem is not just, or even primarily, about finding new ways to grow more food, but rather changing the rules of the game so that farmers, whether in Kenya or Kansas, have the right conditions to grow what makes sense to feed their families and their communities. Finding better ways to make sure that farmers can stay on their land is part of the solution. Earlier this year, the Committee on World Food Security (CFS) approved new voluntary guidelines on the Responsible Governance of Tenure of Land, Fisheries and Forests in the Context of Food Security. This week, governments and civil society are debating the next steps in a process to build on the guidelines at the national and international levels.

Farmers around the world are finding ways to respond to increasing climate chaos by diversifying crops, strengthening soils and other agroecological approaches. Without rules that ensure they can stay on the land to make those changes, World Food Day will continue to be about mourning the dire situation of global hunger rather than, one day, celebrating progress in better food systems and the right to food.