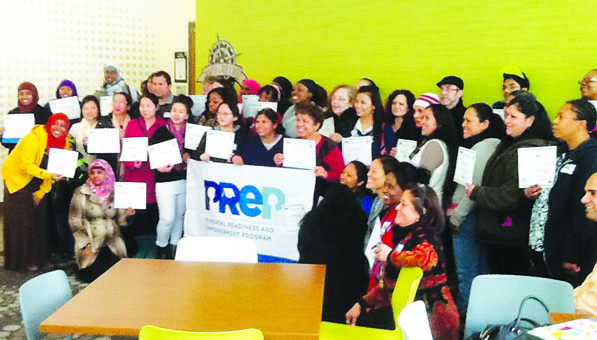 The is the first year Minneapolis Public Schools (MPS) have hosted parent advocacy workshops in conjunction with the Parental Readiness and Empowerment Program (PREP). As described by Damon Gunn, program coordinator for the Office of Student, Family and Community Engagement for the MPS, “[We] partnered with the Parental Readiness and Empowerment Program out of Washington, D.C. that has been doing parent advocacy workshops for the last few years.

“PREP has been working with other school districts for the last couple of years. New York City Schools and San Diego public schools are also partners.”

PREP is an initiative of the Lawyers’ Committee for Civil Rights under Law. In their literature, PREP claims to “support student success by empowering parents to become stronger advocates for their children through learning about their educational rights and building skills to take effective action for children.”

PREP is a series of workshops, hosted in English, Spanish, Hmong and Somali, that help parents navigate through the MPS system. The Minneapolis-based PREP series consisted of three four-hour workshops hosted in February, April and May at three different school centers or public school locations. Minneapolis PREP workshops are planned by the Office of Student, Family and Community Engagement and led by director Reuben Vasquez.

The third and final workshop was held on May 10 at South High School. Of the topics addressed under the “Special Education” topic were:

The PREP program is meant to “Provide parents with information about their rights …in general or in specific subjects,” explains Gunn, “so it will help them navigate the school system for their children, [and] just to make sure their children’s needs are being met. Also, if not, what routes and steps do [they] need to take in the district or maybe going beyond the district to make sure that [their] son’s or daughter’s needs are being met in a way that can help them to flourish and excel within their school environment.”

Gunn says they plan on hosting four workshops next year. Topics for these workshops had not been decided at time the MSR spoke with Gunn, but he says that special education is likely to again be one of those topics.

Gunn says it is important for parents to participate in these workshops so they can have all the information that pertains to their children’s education. “There are certain situations where students fall through the gaps and their needs are not put first. So, it is the job of parents to know what [their] children need.”

According to Gunn, the biggest takeaway from the May workshop on special education was that parents learned their rights at IEP meetings, the documentation in the IEP meetings, and who should be present at those meetings. Parents were encouraged to know that they are advocates and should plan their child’s steps, and if parents do not like what is going on they have the right to make changes.

Gunn also says parents were surprised to know that rights should be explained to them in their preferred language. This is a big help for families when rights are communicated to them in a way they can fully understand.

“When [we] do not have the full information or do not understand what is being communicated, parents fall into the trap of just agreeing with their child’s education plan,” Gunn explained. The three Minneapolis PREP workshops hosted this year had an average of 75 people at each workshop.

Brandi D. Phillips accepts all questions regarding this article at bphillips@spokesman-recorder.com.