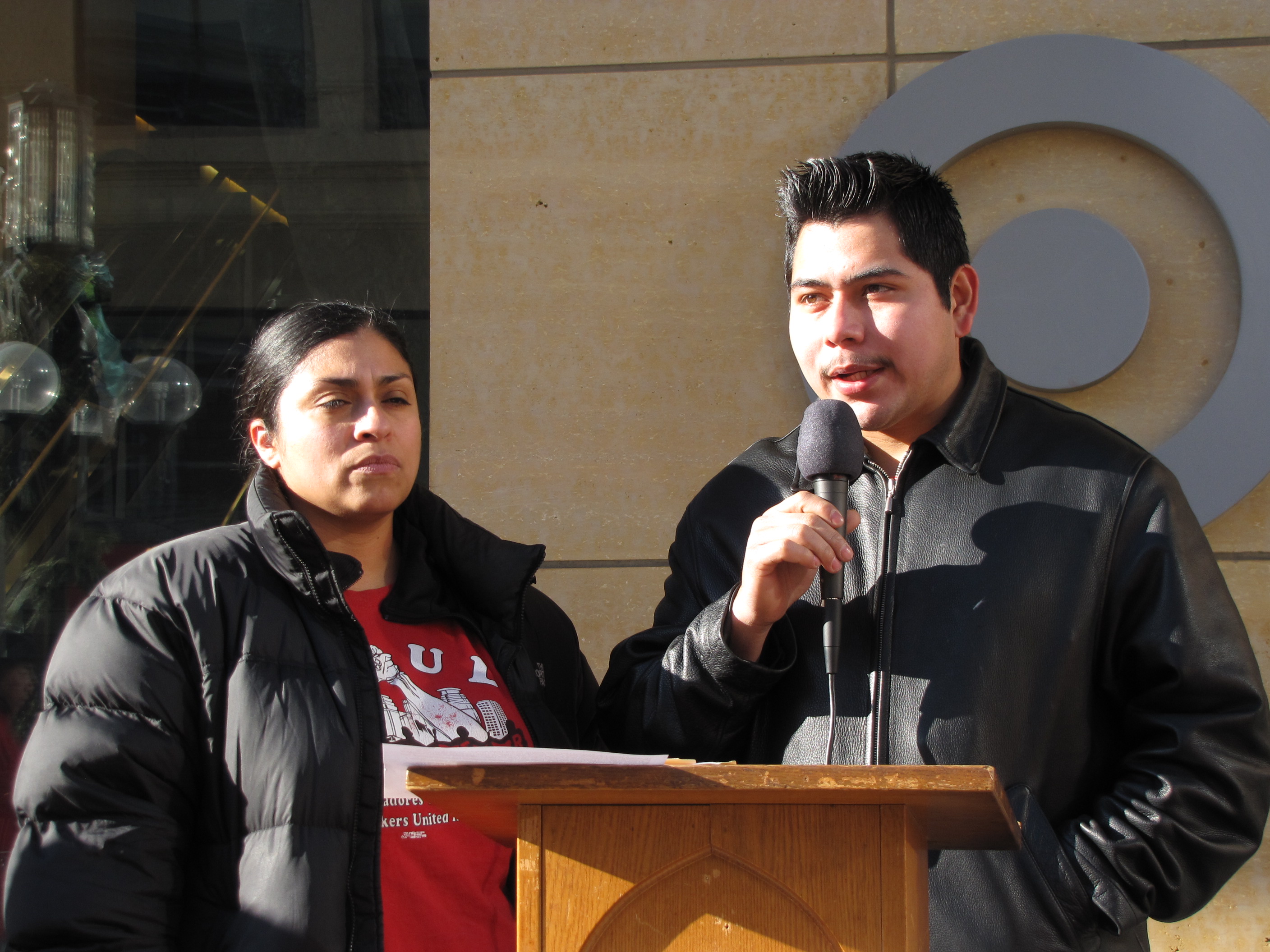 A security guard in a red winter coat stood outside the locked door to Target’s corporate headquarters, keeping an eye on a couple of dozen people gathered outside.

Target locked the doors to its corporate headquarters in downtown Minneapolis January 17 rather than allow representatives of a workers’ organization to hand-deliver a letter outlining concerns about health and safety issues for the workers who clean Target stores.

“For a long time, workers have been cleaning Target stores in conditions they find unsafe, unhealthy and even dangerous,” said Veronica Mendez, an organizer for CTUL — Centro de Trabjdores Unidos en la Lucha.

“I worked cleaning for Target for three years,” said Honorio Hernandez. “In that time I never received any training for how to work safely with the chemicals…”

Another concern: Cleaning workers are locked inside the store while they work an overnight cleaning shift.

“Sometimes I am told to work cleaning the store all night long,” said Marco Tulio Perez, an employee of Carlson Building Maintenance who cleans a Twin Cities Target store. “When that happens, the doors are locked and we cannot get out unless we call someone to come let us out. I don’t know what would happen if there was a fire or some other emergency. That’s really dangerous. What if we can’t reach that person? I guess that would be the end of us!”

CTUL has asked for meetings with Target for the past two years, Mendez said. “They refuse to meet with us, saying they aren’t the direct employer.”

The OSHA complaints filed by workers include Target and the cleaning companies, Mendez said.

In addition to advocating for safe working conditions, CTUL also has been calling for improved wages for the workers cleaning retail stores. 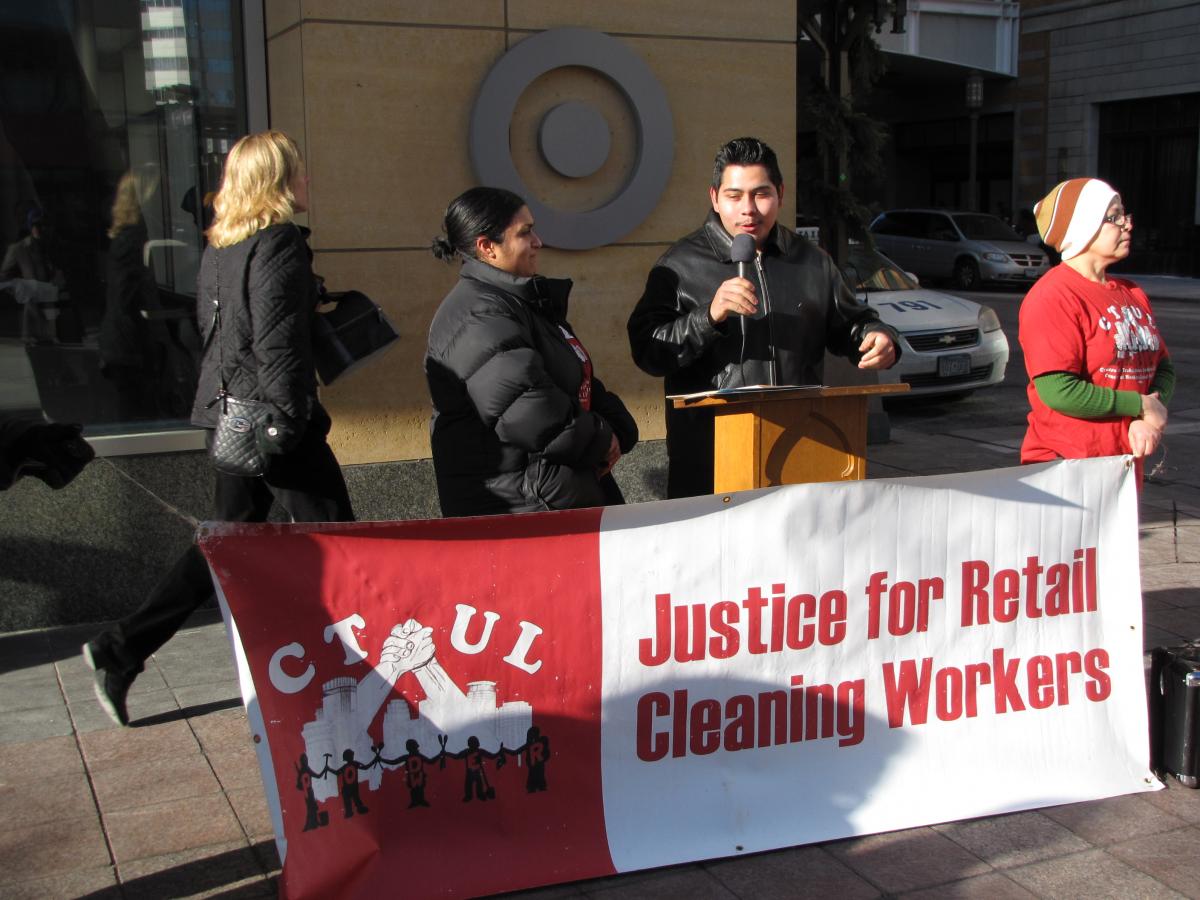