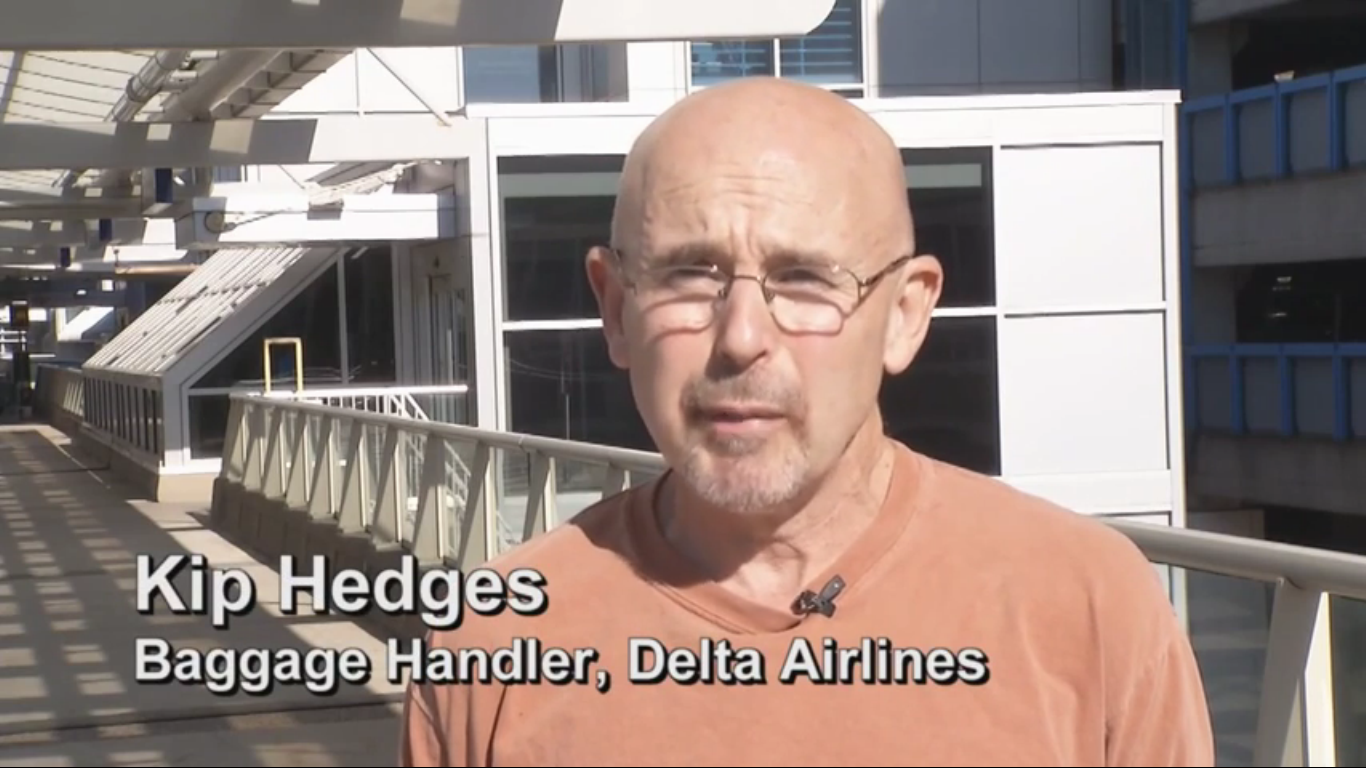 (Still from video below, by Labor Education Service)

The organization 15 Now is reporting today that Delta Airlines has fired Kip Hedges, long-time Minnesota labor activist and Delta baggage handler, for statements he made in a Workday Minnesota video that was published on October 20, 2014. Workday has reposted the video here.

Hedges has been a baggage handler at the Minneapolis-St. Paul (MSP) Airport for 26 years and was active in the IAM when they represented workers there. He has recently been supportive of the campaign to raise the minimum wage at the airport to $15/hour and of workers trying to organize.

According to 15 Now, Delta management told Hedges he was being fired for “disparaging remarks” made in the video. The Workday video was also posted on the 15 Now Minnesota Facebook page as well as other places.

A campaign to get Kip reinstated is being organized by 15 Now and a broad coalition of labor at the MSP Airport and beyond. A petition to support the reinstatement of Chris Hedges has been posted at www.coworker.org/p/Delta

Hedges will address a noon rally tomorrow, Friday, December 5, at the Minneapolis-St. Paul International Airport . The rally in support of a $15 minimum wage will be held at Terminal 1, Upper Level Roadway, across from ticketing.