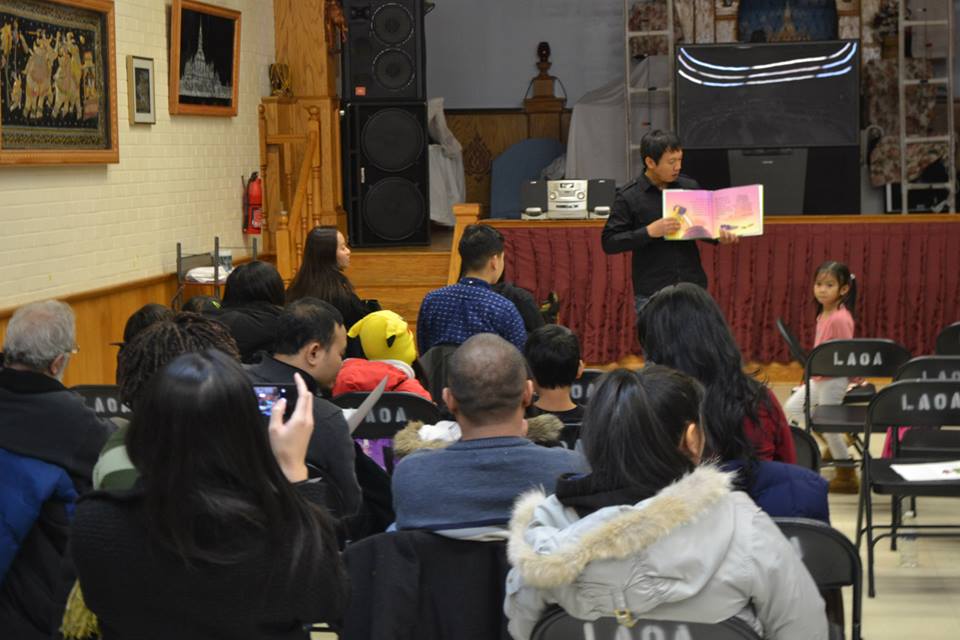 It was a night of Lao American literature to remember.

Nor Sanavongsay’s debut children’s book A Sticky Mess was released in Minnesota along with horror writer Bryan Thao Worra’s poetry collection DEMONSTRA on Monday, December 30th. Award-winning playwright and poet Saymoukda Vongsay also came to entertain the crowd who braved the winter weather. Dr. Khamchanh Phanthavong, the executive director of the Lao Advancement Organization gave a warm welcome to everyone to start the evening.

The Lao Advancement Organization of America generously provided their space at the Lao Cultural Center in Minneapolis to hold the groundbreaking event. The reading was free, family-friendly, and went from 4:30 to 6:30 P.M. Storyteller David Zander, film-maker Chamath Perera, and Jeff Skrenes of North by Northside were the first to arrive that cold night. By the end, almost 50 people from across the Twin cities came to see the writers, including Lao Minnesotan community builders like Dr. Adisack Nhouyvanivong and artist Mali Kouanchao. A Bush Artist Fellow, Mali Kouanchao was the subject of the 2010 children’s book “Mali Under the Night Sky” by Youme Nguyen Ly from Cinco Punto Press. 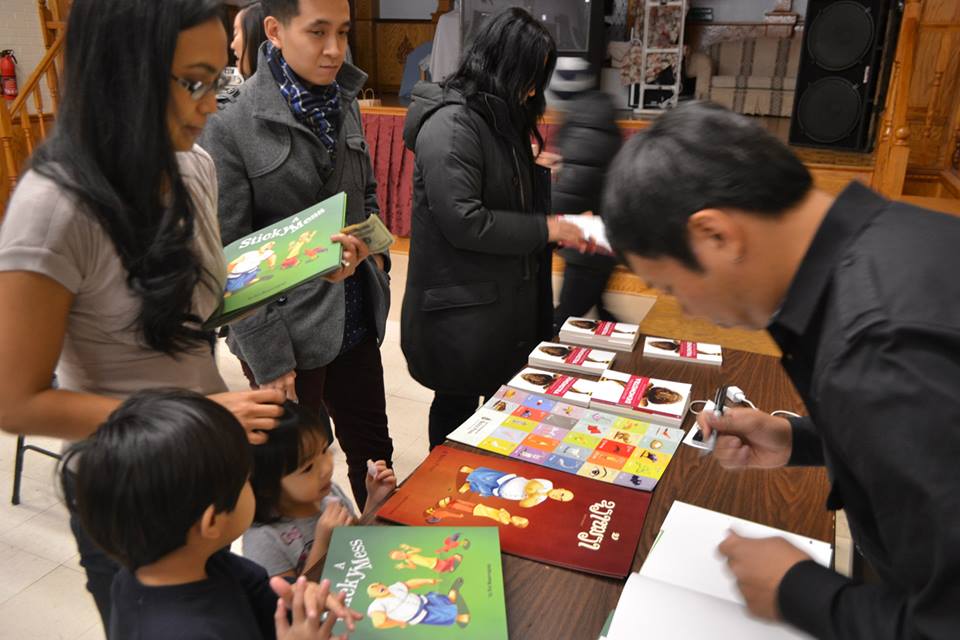 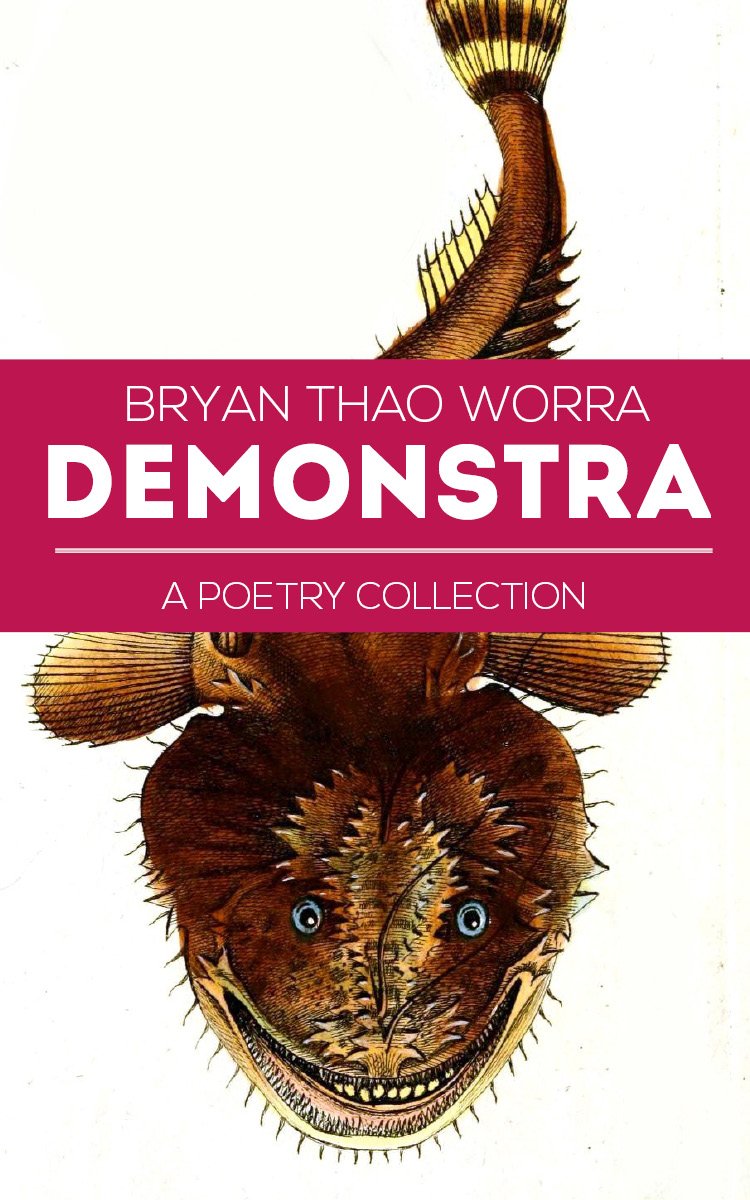 Thao Worra began the evening’s readings. He chose several poems from DEMONSTRA including “Zombuddha,” selections from “The Dream Highway of Ms. Mannivongsa,” “Iko Turso Came to NoMi,” and his book’s opening poem “Idle Fears,” which first appeared in 2012 in the Buddhist Poetry Review. DEMONSTRA features the art of Texas-based artist Vongudane Manivong and is released through Innsmouth Free Press, a Canadian micro-press specializing in works inspired by H.P. Lovecraft and other science fiction writers of the 20th century. This is their very first poetry collection the publisher has released.

Saymoukda Vongsay followed after, sharing a recent children’s story she’d been working on, as well as her animated retelling of a classic Xieng Mieng story involving flatulence and some mischief makers who thought they could fool the cleverest man in the kingdom. 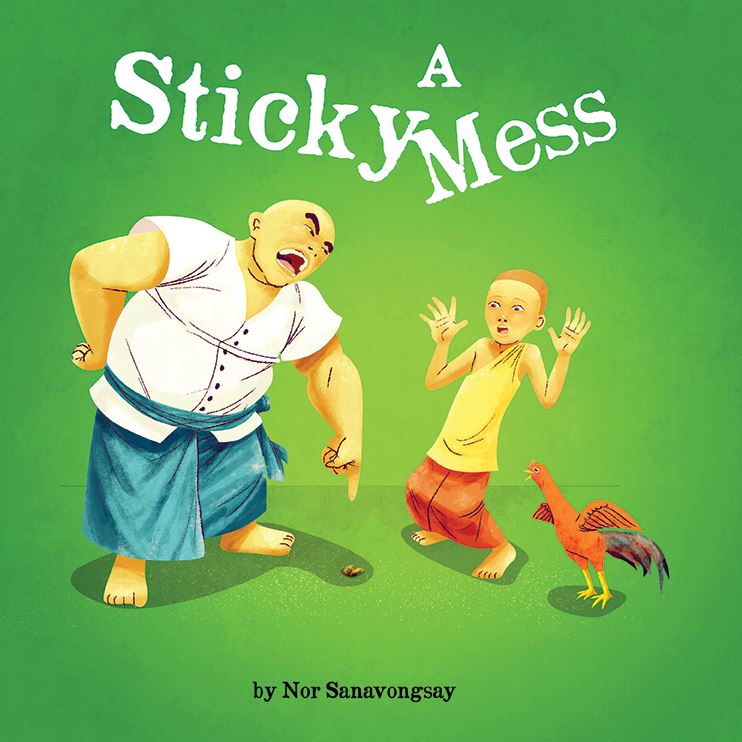 Nor Sanavongsay closed the evening with a reading of A Sticky Mess, and a discussion of Lao culture and where he hoped to go next as a children’s book author. The many children in the audience listened with deep attention, and it was easy to see he had won many new fans that night. It had taken almost 14 years, to get to this point but Xieng Mieng had arrived at last. Many are curious where Sahtu Press will go in the future. A book signing followed afterwards.

“We really want to thank everybody who came,” Sanavongsay said. “It really meant a lot to us and it really energizes us to keep writing and creating.”

“This was the first time we’d ever gotten a chance to do a performance at the Lao Cultural Center in all of the years that I’ve been here,” Thao Worra said. “I’m glad we were able to bring cultural events like this to North Minneapolis, where so many of us live. This was a great way to close out the year, and we’re honored you all came to be a part of that.”

Now the big challenge ahead for both authors is getting their books into the stores, and the hands of their readers. Both books have a distinction of having been successfully funded through Kickstarter, a crowdfunding website that has had otherwise mixed results for other Lao artists and their projects nationally.

Nor Sanavongsay spent several days in Minnesota after the reading meeting with different bookstores to see if they would carry A Sticky Mess. Xieng Mieng’s story will now be available from The Source Comics and Games in the Twin Cities! The copies are signed by the author and artist himself. A longstanding part of the community, The Source is the first Minnesota bookstore to carry his work, and we hope Lao readers make sure to stop by to show their support! 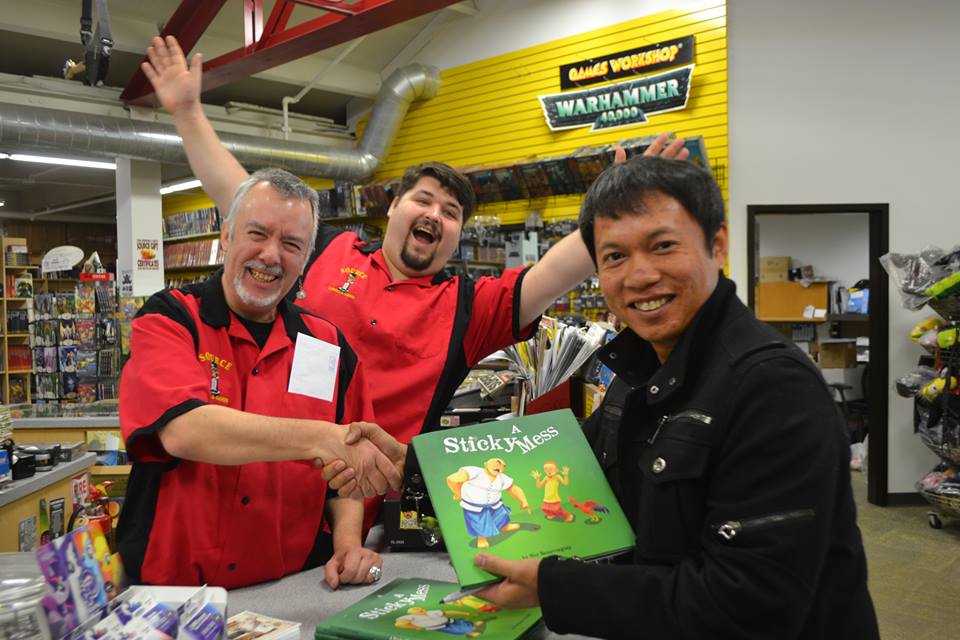 It goes back to what many Lao writers in Minnesota have found over the years, that fans of speculative literature and art are among those most open to supporting their work and innovations as we rebuild in the aftermath of our diaspora. Whether it’s plays such as Saymoukda Vongsay’s “Kung Fu Zombies vs. Cannibals,” or the imaginative books of Bryan Thao Worra and Nor Sanavongsay, it’s an interesting development that will doubtless surprise many people who expected Lao art and literature to take a more conventional arc like other immigrant and refugee communities.