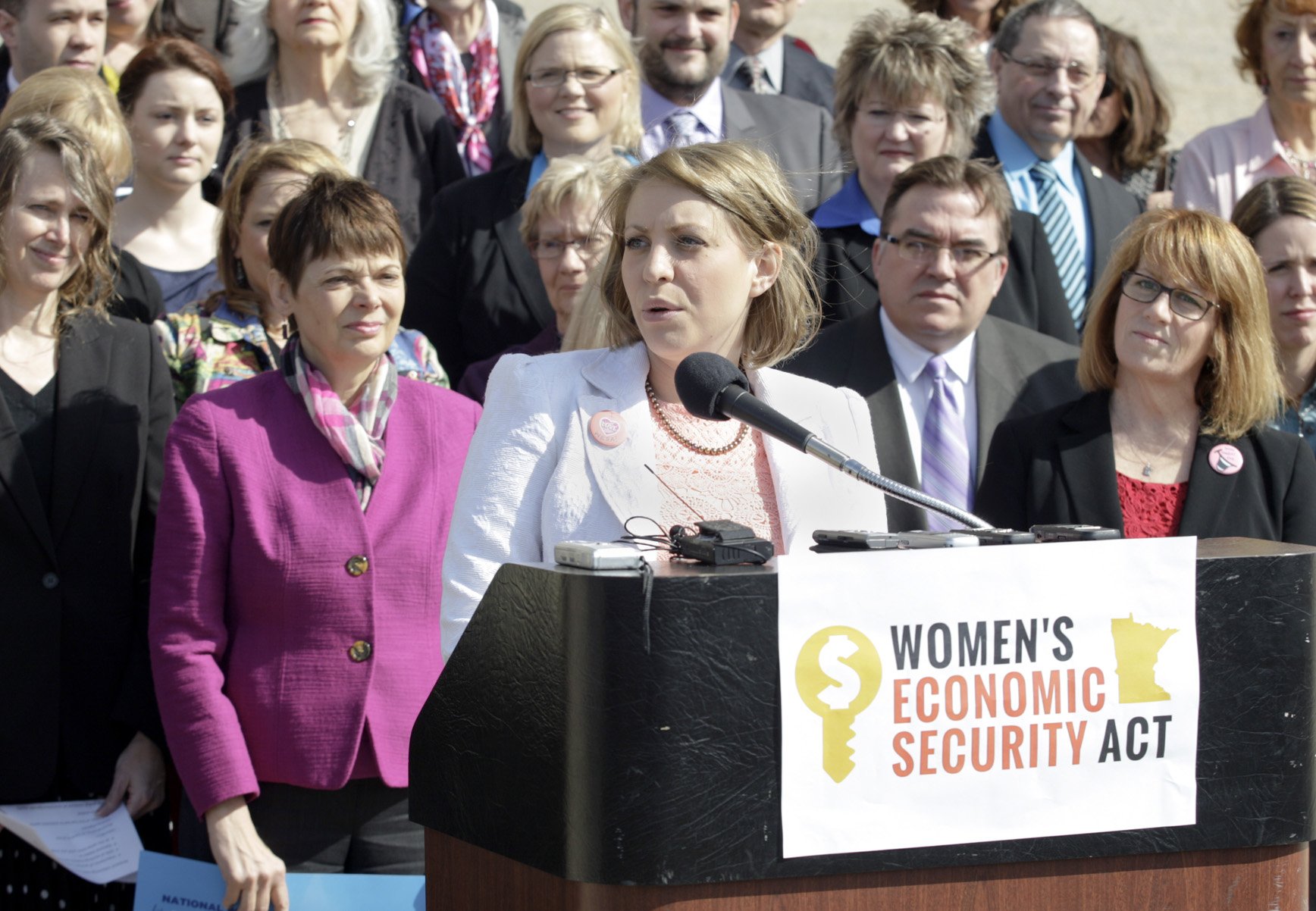 Rep. Carly Melin speaks during an April 9 news conference on the front steps of the Capitol to preview the House floor debate on the “Women’s Economic Security Act.” (Photos by Paul Battaglia)

After nearly four hours of debate Wednesday, the House passed the so-called “Women’s Economic Security Act” on a 106-24 vote.

Also known as WESA, one of many things the bill would provide are ways to bring women into higher wage, higher-impact careers, or jobs that are dubbed “traditionally male.” HF2536 now moves to the Senate where it is sponsored by Senate President Sandy Pappas (DFL-St. Paul).

“This is about economic security for working families and lifting women out of poverty,” said Rep. Carly Melin (DFL-Hibbing), who sponsors the bill in the House. “This bill will strengthen the workplace for all workers.”

This bill has seen many supporters throughout the session, but also opposition from those who say the bill moves women backward by assuming that women can’t take care of themselves and need the government to assist them.

During the House Floor debate, Rep. Sarah Anderson (R-Plymouth) offered a delete-all amendment to the bill that was voted down, but said it’s up to women to make things happen for themselves. 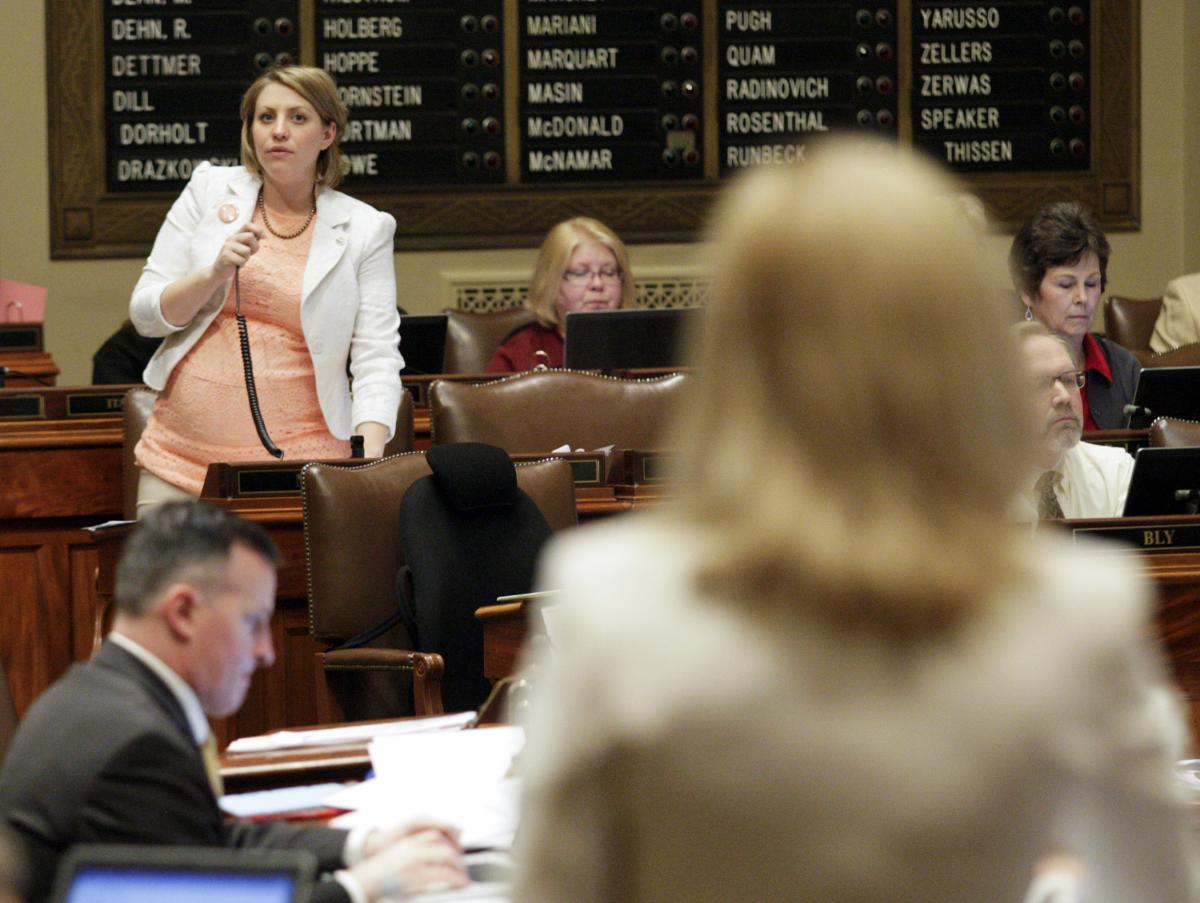 “All of my sisters are very strong women,” Anderson said, who is the youngest of nine girls. “As the youngest, they shaped who I am today, as did my parents. They taught me I could do whatever I put my heart into. While I appreciate what Rep. Melin is doing here today, we need to provide greater opportunities for women, not greater regulations.”

Rep. Tim Mahoney (DFL-St. Paul), chairman of the House Jobs and Economic Development Finance and Policy Committee, talked about many of the provisions of the bill that were vetted in his committee.

“This is important to us as men — those of us with wives, and mothers and daughters,” he said. “My wife is bound and determined to work until she’s 67 because she’s worried about her retirement, even though I’ve done what I can to make things easier for her. This will ultimately help families.”

Other provisions of the proposed act include: