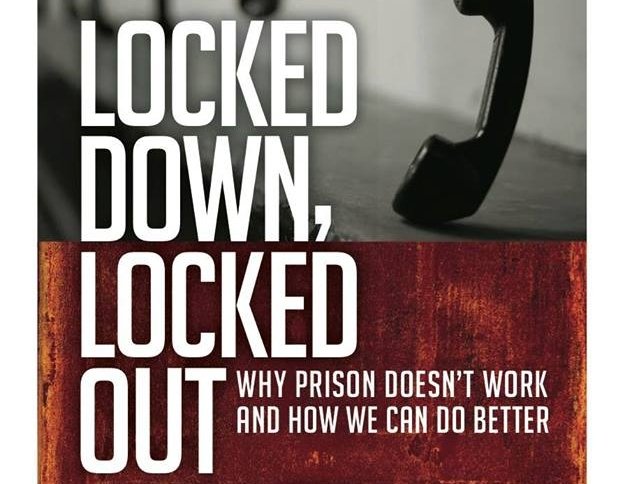 “Imagining a world beyond incarceration” is the theme of Maya Schenwar’s new book, a critique on the nation’s prisons entitled Locked Down, Locked Out: Why Prison Doesn’t Work and How We Can Do Better. Schenwar will read from her book and help readers imagine a world beyond incarceration on Saturday, November 22. The reading and discussion, set for 3:00 p.m. at Boneshaker Books, 2002 23rd Avenue South in Minneapolis, is free and open. Schenwar’s reading is sponsored by the Women’s Prison Book Project (WPBP) which is housed at Boneshaker.

Schenwar is Editor-in-Chief of Truthout (http://truth-out.org/author/itemlist/user/45138 where she has written extensively on the criminal justice system, juvenile justice, independent media, campaign politics, and immigration reform. She also served as publicity coordinator for Voices of Creative Nonviolence and serves on the Board of Advisors for Waging Nonviolence.

For the past decade volunteers with WPBP have changed the lives of hundreds of incarcerated women. Volunteers gather at Boneshaker Books every Sunday, Noon-3:00, to process as many as possible of the 600 requests they receive every month. They match books with women’s requests, process, wrap and mail hundreds of donated books to women for whom reading is their sole window on the world.

Bibliophiles who want to share the joy and power of a good read donate a wide range of titles ranging from reference resources to self-improvement to romance and books on health and child development.

WPBP volunteers point to some alarming statistics; for example, “of the more than two million people confined in U.S. prisons and jails, over 150,000 are women. Eighty percent of these women are imprisoned for non-violent crimes such as shoplifting, prostitution, drug-related offenses or fraud. Of the women incarcerated for violent crimes, the vast majority were convicted for defending themselves of their children from abuse. More than half of the women in prison have at least one child under age eighteen; most of these mothers had primary custody of their children before going to prison.

Predictably, books, information and libraries are not high on the list of protected necessities when budgets are slashed. Of special need are reading and reference materials for trans, queer and gender-variant prisons who sponsors observe “are targeted by the police and prosecution and incarcerated at disproportionate rates.”

Leaders of WPBP neither mince words nor back away from political intent and action: “We recognize that flaws and inequities throughout the ‘justice’ system act to control and suppress the lives/movements of the poor, women, and all people of color. The US. has the highest incarceration rate in the world….As activists on the outside, WPBP provides vital support to women political prisoners and prisoners of war in U.S. prisons and jails.”

WPBP is always in need of financial, moral and volunteer support – contact the volunteers at womensprisonbookproject@gmail.com.