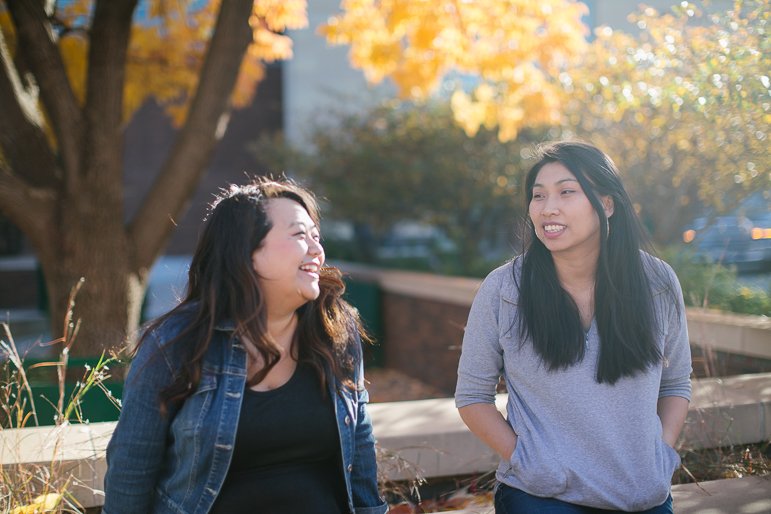 When Desdamona, Julia Nekessa Opoti, May Lee-Yang and Saymoukda Vongsay, co-founders of the Twin Cities-based Community Artists Leadership Initiative (CALI), are sitting at the same table, ideas fly like shrapnel.

Their name, Vongsay thinks, could use a little workshopping.

“CALI is so used – and so long. I want something snappy,” she said.

The co-founders of CALI created the group because they have something in common. They’re all artists, and at some point in their careers, they bumped up against a paradox in the Minnesotan artistic community. Resources for artists were bountiful, but that bounty wasn’t going to certain artists – artists of color, LGBT artists, female artists, even certain disciplines, like folk art or hip hop. In a state like Minnesota, widely regarded for its support of the arts, these artists weren’t getting funded.

The reason why this is: obstacles in the funding process.

“It’s like there this sort of hoarding of information that gets shared only with certain people,” Desdamona said.

CALI connects local artists from these communities to the funding they need to produce great work. They hold salons and clinics and workshops for grant writing, even have one-on-one sessions to answer questions.

“I grew up poor; so, I decided I wasn’t going to be a starving artist,” Lee-Yang said. “And I didn’t want a regular office job – it would kill me.”

She wanted to make a living on her skills. Luckily, she grew up surrounded by supportive artists. They advised her and connected her to resources, and she gradually learned the methods she needed to fund her projects and support herself.

“I was inadvertently mentored,” she said. “Even now, I’m still growing.”

“A lot of the community-related stuff I’ve done is because we didn’t have these things,” she said. “We didn’t have Hmong community theater.”

That’s a common thread with the co-founders of CALI: a turning point in their careers when they got their footing as artists in the community and then reached out to help others. Desdamona had to forge her own path onto the music scene when she moved to the Twin Cities, battling against obstacles as an outsider and a female hip hop artist. In the beginning she had zero connections.

“I had to create opportunities for myself,” she said.

As she became more established, she started hosting open mic nights for new artists and helping them connect to the resources they needed. She had to struggle to get to where she was, but she didn’t want other artists to struggle. Not when they didn’t have to.

Lee-Yang, Desdamona and Vongsay came together and formed CALI while they were on a grant writing retreat of their own – Vongsay’s idea. They got to talking about Minnesota’s resources and the gap between funding and certain artist communities. In their daily lives, the three of them would often get approached by fellow artists for advice on funding projects and making connections. They were always happy to share what they knew with their individual networks, but it occurred to them that they could do more.

“I thought, why don’t we try to be intentional about this?” Lee-Yang said.

They came up with their group and their mission in no time at all, and they’ve been helping diverse communities of artists for about two years now. The focus and the urgency of the project has remained rock solid. The other co-founders of CALI don’t just see art as something extra on top of the functionality of everyday life. They see it as something essential.

“I really don’t see art as a form of luxury – especially as a refugee,” Lee-Yang said. “It’s a necessity.”

And why is that such a necessity?

First off art is about visibility – about seeing and being seen by others. A community without art is a community that remains invisible.

Secondly, a community with only one or two token artists doesn’t fare much better. Lee-Yang remembers applying for a residency at an organization and getting a critique that she should “stick to theater” because “there were already enough Hmong memoirs.”

“If we don’t have a lot of different examples, people rely on gatekeepers,” she said. “They leave no room for other artists to grow.”

Finally, when artists have more knowledge about the resources available to them, it forces their employers and patrons to treat artists better overall.

“I think it would be amazing if we could succeed, transition from thinking of artists as a luxury,” Lee-Yang said. “I want to create an environment where artists are paid well. We help other people make a lot of money.”

Grant writing and fundraising are complicated processes. Applications can take hours, and little things like grammar and semantics can count as strikes against you. You don’t just have to be a good artist to get your art funded. You have to know how to use the grant application software, avoid the common pitfalls of unsuccessful grants, speak fluent English and understand which foundations are funding which projects – and when.

“Things like that happen that can keep certain people from participating in the grant process,” Brittany Lynch, an artist and activist, said. “A lot of people don’t feel comfortable applying to these organizations because it’s a gamble. It’s an investment of time. Or, some artists are expected to match the grant with their own money. Not everyone has access to that.”

Lynch attended one of CALI’s salons for grant writing last spring. She’s come up against those obstacles before. Often, she said, the organizations that do get funding for their projects are much older, much bigger and predominantly white, with a history of successful programming. This can lead to these organizations creating projects designed to help communities of color without people of color actually being involved in the process.

“People that have access to huge donors and have palatable presentation get most of the funding. A sort of 1 percent thing happens,” she said.

Connor Rice, another artist who has worked with CALI in the past, could tell you the same thing. 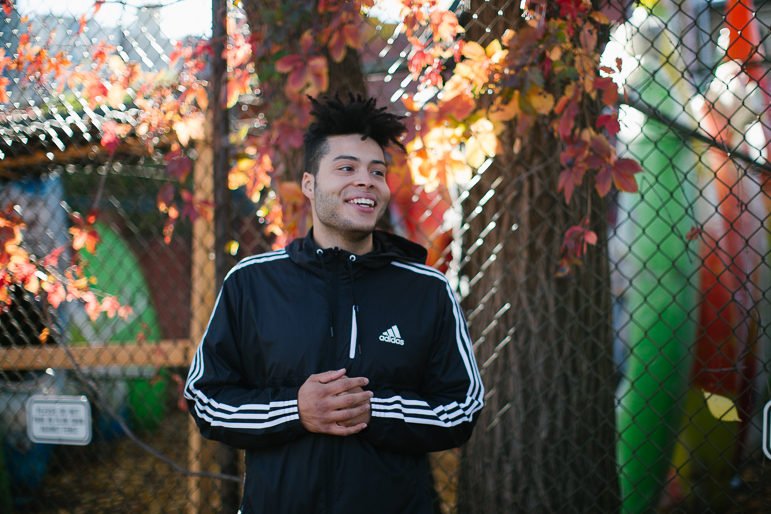 “Minneapolis likes to claim the art a lot, but not necessarily the artist,” he said. Scraping together the resources he needs to thrive as an artist is difficult, and support from CALI shored up his grant writing capacity.

“It gave me a good upper hands on the things that panels are looking for,” he said.

Even so, there’s room to improve the system. A lot of those panels don’t reflect the artists they serve, especially when it comes to people of color. Lynch has striven to create more equity with her work. Increasingly, she’s advising those large nonprofits and giving presentations on how they can more effectively reach out to diverse communities. Her other projects include Visions Merging and the Roots of Rondo project, where she personally served as project manager. She organized panels and granted $20,000’s worth of micro-grants to artists to create work about the Rondo community in St. Paul.

“I strongly believe that education needs to happen on both sides,” she said. “There’s so much more that these institutions can do by allowing us to have seats at the table.”

In the future, CALI’s cofounders want to reach out to more communities and expand their operations – maybe even add a part-time worker. All of this work is on top of their full-time jobs and personal projects.

But they’re envisioning a future in which a network of support exists for artists of all kinds, where artists are paid enough to live well and where communities have space to tell their stories – not just some of them, but all of them.

That’s why the stakes for that vision are so high. It’s about maintaining that connection between art, artist, self and community. That connection, as Lee-Yang said, isn’t a luxury. It’s everything.

Correction Oct. 24 2016: CALI Co-founder Julia Nekessa Opoti was originally omitted from this article. She was one of the original founders. We apologize for the error.