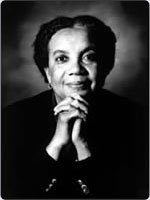 Service is the rent we pay to be living. It is the very purpose of life and not something you do in your spare time. Marian Wright Edelman, Founder & President, Children’s Defense Fund

Like many aspiring lawyers, I decided to attend law school because I wanted to make a difference in the world. I was committed to eliminating child poverty, supporting education programs, ending mass incarceration and this was only the beginning of my to-do list. Law school provided me with the advocacy tools to take a stand for justice:

While in law school, I was also inspired to begin seeing myself as a leader. I began to discover the leader within as I led service projects, served as the Vice President of the Black Law Students Association and organized educational pipelining initiatives. I learned that the exercise of leadership is a commitment to leverage your influence to create change and empower others to lead in this process. Social change begins with the exercise of leadership. Throughout the passage of history, women lawyer-leaders have been at the forefront of promoting justice and leveraging their influence to foster change.

One of the key women lawyer-leaders who inspired my work and fueled my passion for social justice is Marian Wright Edelman, the founder of the Children’s Defense Fund. Her leadership journey has served as a blueprint for developing my leadership skills and making a meaningful impact in the world around me. For decades, Mrs. Edelman has demonstrated an unwavering commitment to advance justice. She served as counsel for Rev. Dr. Martin Luther King, Jr.’s final campaign, the Poor People’s Campaign. Notably, Mrs.  Edelman was the first black woman admitted to the Mississippi Bar and directed the NAACP Legal Defense and Educational Fund office in Jackson, Mississippi. She has received countless awards in recognition of her service to the community, like the Presidential Medal of Freedom, the nation’s highest civilian award and the Heinz award.

Very early on in her career, she began lifting her voice for the ‘least of these’— the poor and children. She wisely stated: “Service is the rent we pay to be living. It is the very purpose of life and not something you do in your spare time.” She leaves us with the daily challenge of paying our rent in full by serving the needs of others and leading change in our communities.

Mrs. Edelman serves as an exemplary model of how leaders have paved the way for future generations to achieve a vision of justice and freedom. While serving as counsel for the Poor People’s Campaign, she advanced Dr. King’s vision to bring together poor people of all races to make visible the plight of poverty. The goal was to “not to sit in but live in.” The live in experience referred to as Resurrection City emerged in the summer of 1968 as a makeshift village of shacks located on the National Mall (Washington, D.C.). Thousands of people participated from May to June 1968. This effort gained national attention of the plight of those living in poverty and led to the creation of critical social services programs like Head Start and school lunch assistance.

Edelman’s visionary leadership also laid the foundation for the Children’s Defense Fund (“CDF”). Over forty years ago, Edelman founded CDF with the goal in mind of ensuring that no child is left behind and creating a level playing field for all children. CDF has been instrumental in shaping a National dialogue on the future of children, providing key research on issues impacting children and advancing policies which support children’s rights.

In my book (The Lawyer as Leader) foreword, Mrs. Edelman places the mantle on leadership on the shoulders of the next generation of women lawyer-leaders when she wrote: “We can and must chart a new course for America’s future if it is ever to live up to its promise. This fair and hopeful future is within our reach with tenacious advocacy and determined wills. We can end child poverty in the richest nation on earth. All in America can have access to affordable health care. Communities can be freed from the blight of gun violence. A quality education can be guaranteed every child.”

We can learn from Edelman’s example how to take a stand in the face of injustice and chart a new course for the future. Her leadership has shown us how to be courageous despite the obstacles set before us. Mrs. Edelman remind us that we must lead social change since we are indebted to future generations to leave the world a better place than how we found it. This is a call to service- How will you pay your rent?