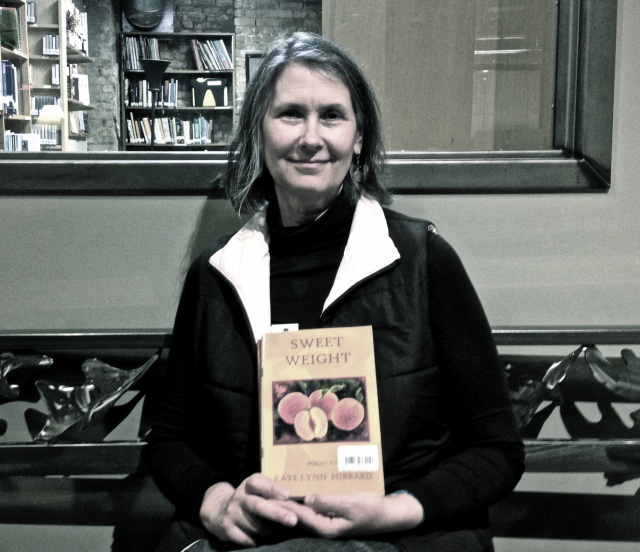 Last night I went out with my friend Patricia and we talked, as women do, over sushi and white wine. It’s an important ritual. We treasure the chance to sit and exchange our stories and have our say, at least with each other. What goes unspoken is that it’s a world where we do not always feel we get to have that.

Afterwards, we went to a reading sponsored by The Loft Literary Center at Open Book on Washington Avenue in Minneapolis. Three women writers, all winners of Minnesota State Arts Board Artist Initiative Grants, gathered to have their say. And they did have something to say. Most of it was not pretty–the poems and prose that was read dealt with tough subjects: the hard scrabble lives of women who pioneered the Great Plains, the bitter irony for Native Americans becoming the one percent after once being the 100 percent and dealing with the devil in North Dakota’s booming oil fields.

The well-organized program opened with one of three poetry videos shown throughout the evening that featured the writing of Heid Erdrich. The first, called Lexiconography 1, brought me in a visceral way to the clothesline where I have spent many meditative hours of my life. It’s a timeless subject: clothespins, the taste of them in the mouth and the relationship of clothing to sky, the language of the things we wear and language itself.

The interplay of two voices, wind and chime in the background, reminded me of a quiet backyard afternoon while the shape of an abstract image on screen shifted in a breeze. The low and steady timbre of Heid’s voice was echoed by that of Margaret Noodin who spoke in Anishaabemowin. The poem bore the unique wear of a piece that was traded back and forth by two poets. The poem was written in English by Heid (a student of Ojibwe language) and then translated into Anishinaabemowin and then back into English by Noodin. The video was created by R. Vincent Moniz, Jr. and Jonathan Thunder. This video and others are available to view at heiderdrich.com.

I have written in other places about the Ojibwe language revival movement. Heid and her sisters run Wiigwaas Press which publishes books in the Ojibwe language. Their first book Awesiinyensag was honored by the Library of Congress at the National Book Festival in 2011. Heid continues to do ground breaking work that I find moving because it honors the ancient thing that language is and at the same time it breathes new life into it by exploring the creative possibilities.

The second poem video by Heid was a funny if slightly menacing story of Indian Elvis. It featured her collaborator R. Vincent Moniz, Jr. as a checkpoint Lothario with long braids that danced against his white shirt as he leaned into the car of a woman passing through the gate.

The last video by Heid was a seven minute piece titled Preoccupied, a take on the Occupy movement that spirals around the image of the river, the flow of history and the irony of occupation movements. According to commentary by Heid, the indigenous population of the U.S. remains “just a tad less than 1% of the population according to the 2010 census…So, we are, more or less, the original 1% as well as the original 100%.”

Kate Lynn Hibbard is a poet who has focused her work on historical themes and the lives of pioneer women who lived on the frontier of the Great Plains. She read from a manuscript in progress in which she works to capture pioneer women’s voices, all based on true stories. She read a beautiful crown of sonnets about a single woman’s struggle to make it and raise her daughters on a farm in the Badlands. Her poem Swarm was read in chorus by the three poets. It described the terrible and fascinating sweep of locusts across a farm. I liked her poetic interpretation of “simples,” an archaic word for remedies in Wound Medicine and similar magic in Rhubarb and Uses for Salt.

Nona Kennedy Carlson cleared her voice several times and sipped water before she relaxed and read through some of the most pithy and powerful prose of the evening. Her work has taken her to her native North Dakota–Dickinson, Williston, and Watford City–to witness the Bakken Oil Boom. She read a surreal piece where the devil sits and smolders in the bunker of an oil worker, smoking, drinking and discussing while the landscape around them burns red as an ember and collapses. She told the audience that she has completed a draft of her novel, Boom which will consist of “stand alone” chapters that weave together and tell about the impact of the boom on the land, the locals and the oil field workers. She admitted that it is a complicated picture, much of it difficult. As the land is altered so too are the lives of people who live and work there.

These are important voices telling important stories. I have nothing against a love poem or a broken-hearted one, but women have other stories to tell. They care about the big picture: land, history, society, politics and family. It was great to hear these women have their say.

Heid’s most recent book is a collection of poetry called Cell Traffic: New and Selected Poems. Kate Lynn Hibbard’s recent book is Sweet Weight . Nona Kennedy Carlson’s story Shift was selected by Joyce Carol Oates as a finalist for the 2012 Crazyhorse Fiction Prize and appears in the current issue of Crazy Horse issue 82.