A January 2012 Rise! graduation celebration, which occurs five times annually and will include participants in the Reentry Connect program (Photo by Jessica Lehrke)

For adult ex-offenders attempting to adjust to the norms of society, the transition can be quite a challenge. Female ex-offenders, a group rarely mentioned in the media or during public discussions, can face even more complex issues than their oft-discussed, studied, and analyzed male counterparts. Two local community organizations, Twin Cities Rise! and RS Eden, have come together to develop Reentry Connect, a program designed to address the issues female ex-offenders face when attempting to transition back into their communities.

The collaboration project was recently awarded a $1.5 million grant by the Department of Labor, expected to serve approximately 325 to 375 participants. Currently in its planning phase, the project should be completed by the end of October. Actual work with participants is scheduled to begin November 1 of this year and continue through the end of December of 2014.

Reentry Connect will provide a variety of support services that deal with the challenges ex-offenders face, such as acquiring work skills training and job placement, family conflict, mental health, physical abuse and substance abuse. Recruitment efforts will be geared toward female ex-offenders, and services are designed to address issues that mainly concern women; however, the program is not exclusive to women, and male ex-offenders are also eligible to participate.

The two main collaborators are RS Eden — which provides a variety of services that address corrections, chemical dependency, affordable housing, and family issues for individuals recently released back into society — and Twin Cities Rise! — an organization that offers work skills and “Personal Empowerment” training, described as focusing on “non-technical skills and attitudes” needed to be “successful in school, on the job, and in life.”

They will partner with over a dozen other groups, organizations, and service providers such as the Minnesota Department of Corrections, Minneapolis Public Schools Adult Education, Goodwill/Easter Seals Minnesota, Minnesota Workforce Centers, the Council on Crime and Justice, and Ramsey County Community Human Services to recruit, evaluate, and provide relevant services to program participants. 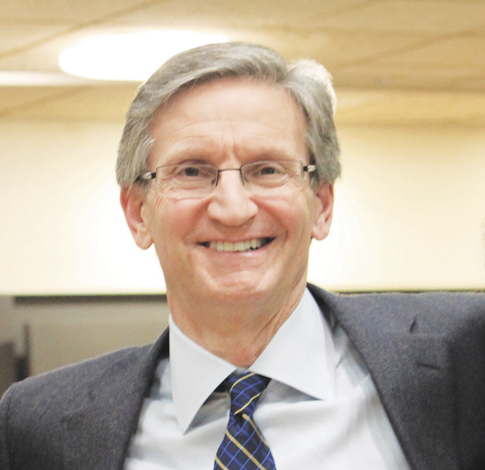 Selected individuals are set up with what is called “integrated case management,” described by Twin Cities Rise! President and CEO Art Berman (left) as involving “one-on-one support and advocacy in a coordination of referrals for the individuals that are being served by this program.” Twin Cities Rise! will conduct training focusing on personal development and provide Personal Empowerment training at the reentry hub.

Berman says completion of the work skills and personal empowerment training programs “leads to a placement into a full-time, living wage job.” Those who do not yet have a high school diploma or GED are referred to adult education programs offered through the Minneapolis and St. Paul school districts.

Partnerships with various service providers and organizations are considered a key element of the overall strategy of Reentry Connect. “Both at the RS Eden reentry hub level and at Twin Cities Rise! we will be working with a bunch of partners for referral services,” says Berman. “That’s going to cover a comprehensive set of service areas around education [such as] obtainment of a GED, family services, legal counseling, drug treatment, housing, health and wellness, and job placement.”

The fact that the women the program is designed to serve will face a myriad of challenges that affect multiple aspects of their lives is what makes the many partnerships such a vital component of Reentry Connect. “The whole point of the integrated case management that RS Eden is providing is really to create and maintain a pretty extensive network of service providers, covering the whole landscape [of service needs].

“Individuals we expect to be serving coming out of the justice system will have a pretty broad set of needs, so we’re not presupposing one or two particular areas that will be necessarily dominant. We’re going to have a wide offering of opportunities with [the network of] partners,” Berman explains.

A likely participant in the Reentry Connect program would be someone like Cecelia Viel, a recent graduate of the Twin Cities Rise! program who has since become employed by the organization after successfully completing the program. Viel knows first hand the importance of having a consistent system of support, especially when attempting to make changes in negative and counterproductive behavior — support Reentry Connect is designed to provide.

A series of poor decisions compounded with regular drug use led Cecelia to serving federal prison time. Soon after being released, she re-enrolled in the program, which she had started some years prior but failed to complete. Viel says she was taught professional as well as personal skills that were very useful in helping her turn her life around.

“You learn how to regulate your emotions and how to deal better with situations, because before, if I was having a bad day or it rained or something, I’d go get high; that was my way of dealing with things. My empowerment classes showed me that there were better ways to deal with situations than running off and getting high,” Viel says.

She also feels that the program’s classes helped her better cope with other aspects of life such as family and the workplace. The type of support Viel received from Twin Cities Rise! is what a participant of Reentry Connect is likely to have, but she cautions that the level of success is entirely up to the participant, and they will get out of it what they put into it.

Berman says he is not aware of any other program that is targeted to meet the service needs of women ex-offenders, making Reentry Connect an important program he believes will be greatly benefit the community. Since most of the people coming out of the criminal justice are men, many of the current services available are geared towards men.

With Reentry Connect, the Twin Cities metropolitan area has a “great opportunity to serve the needs of women who are coming back [to their communities] out of the criminal justice system.”

To learn more about Twin Cities Rise!, RS Eden, and the Reentry Connect program, visit their respective websites at www.twincitiesrise.org and www.rseden.org.