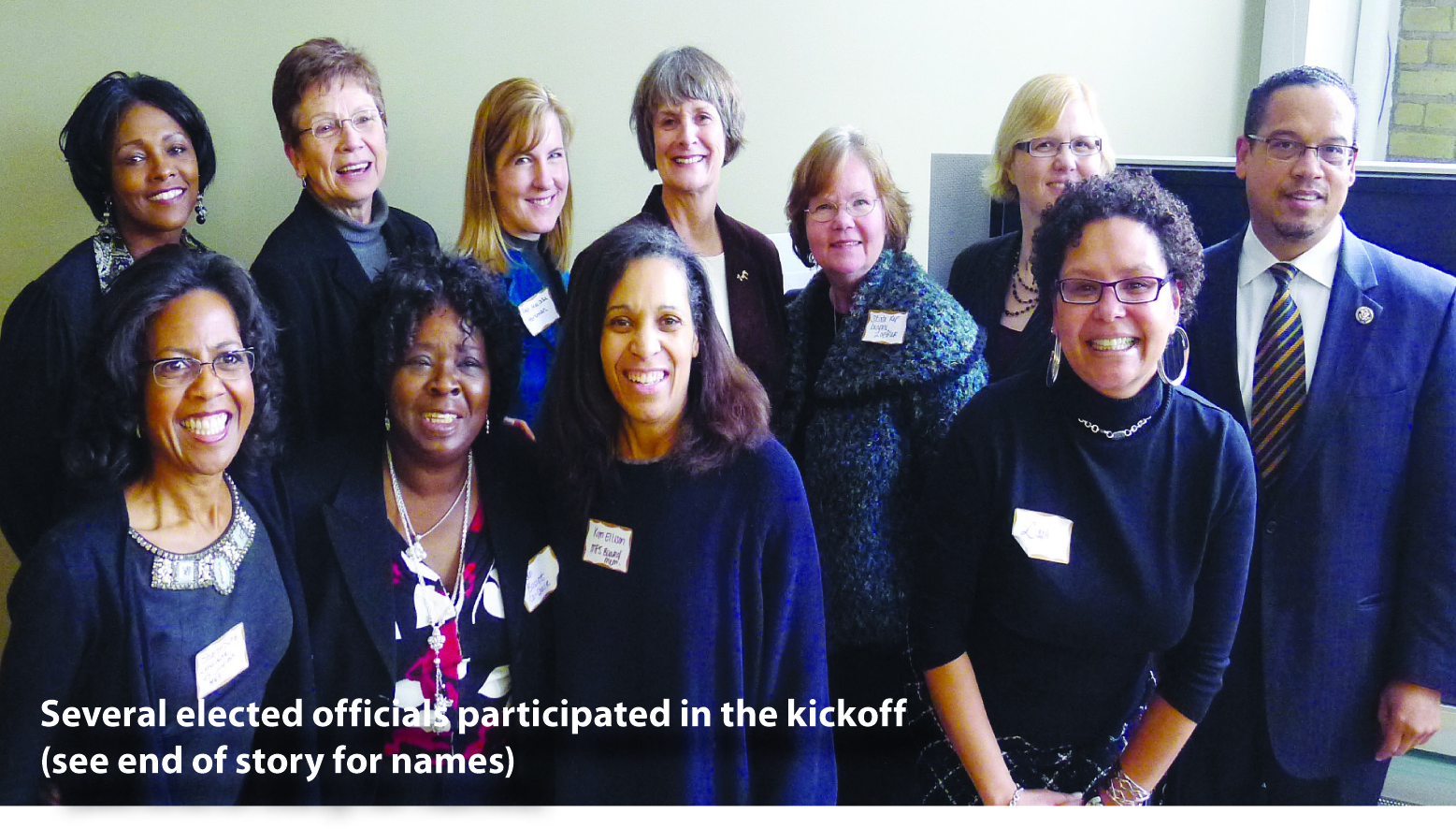 The movement came about after a discussion between the president of the movement, Lissa Jones, host of KMOJ’s “Urban Agenda,” and Trayshana Thomas, co-chair of the event and formerly of Rep. Keith Ellison’s office, about the fact that there are no local or state-level politicians who are addressing issues of urban communities. The mission of the Urban Women’s Movement is to begin engaging women in the political process well before entering a voting booth, “so that we are shaping the ballot rather than responding to it,” Jones said. 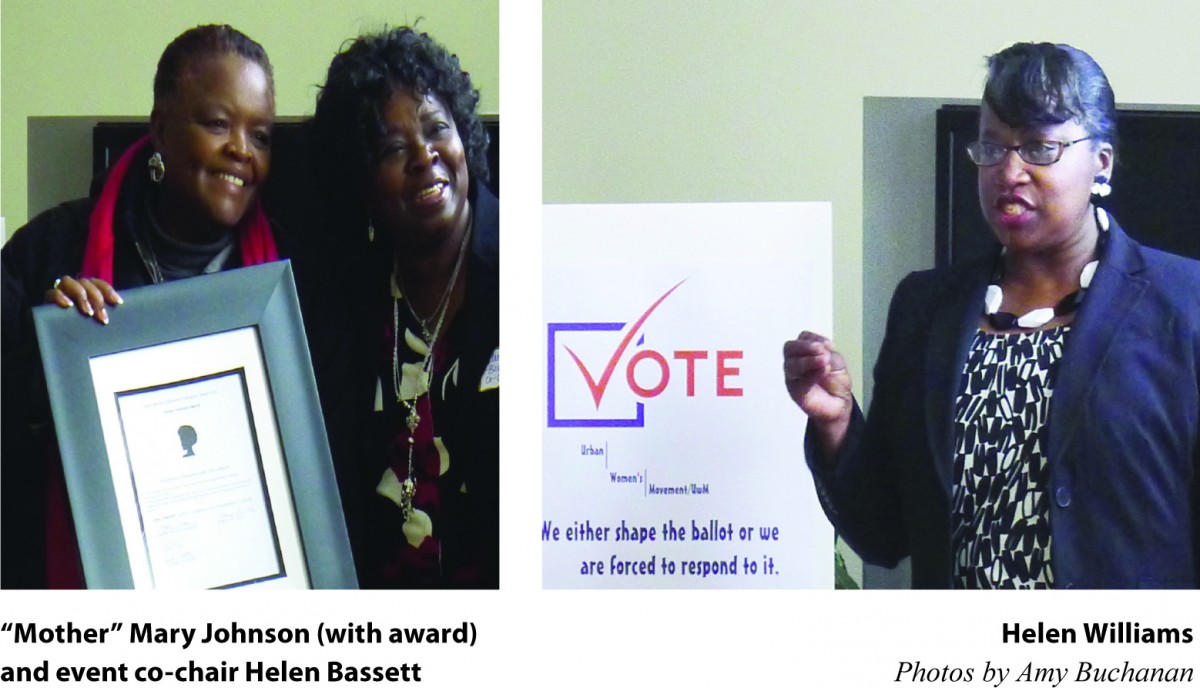 The kickoff event honored the work of women making change. Mother Mary Johnson, founder of From Death to Life, which supports families who lose their children due to violence as well as the families whose children commit murder, was presented the honorary Shirley Chisholm Award. Lissa Jones was presented the Fannie Lou Hamer Courage Award for her work in keeping the community informed through her radio show.

The Urban Women’s Movement represents four generations of women. It includes women like Helen Williams, who recently celebrated her 60th birthday. Without financial compensation, she finds the funds needed to cover burial costs for those who die without insurance. At the event she explained that she seldom watches television because it’s too filled with stories like that of three-year-old Terrell Mayes’ death; she will play a part in arranging for his burial.

Yet, on Martin Luther King Day she did watch TV and was revitalized by a story on Alabama’s bus segregation. She was amazed by the faces on the front line of people who made sacrifices to eliminate discrimination.

“I had a new perspective on life that nothing’s going to stop this five-foot-one and a half woman,” said Williams.

Women like Jones and Thomas and State Rep. Rena Moran represent another generation of women. “Women bring a perspective to the table unlike men,” said Moran of St. Paul’s District 65A. “It’s not so much about building power or looking at the next level. It’s about the family, it’s about the community, it’s about fairness and equity and justice for all.”

Moran said that during her first session as a state representative she saw legislators who on the surface appeared to want what’s best for the community and who said, “We care about those young Black kids… [Yet] they are eliminating funds from the Human Rights Department. 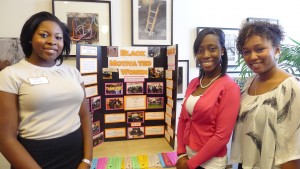 Black Motivated Women, a group of women from the University of Minnesota, and Young Black Females Perspective, a group of 9th-12th-grade girls, have both partnered with the movement, representing the younger two generations of women.

“If we can rear our children to be politically astute and active, then we don’t have the worries of crime and closing the achievement gap and all the issues that we suffer from today, because we are tackling those issues on the front end,” said Jones.

The goal of the movement is not simply to train women to become politicians, but to attend city council meetings, school board meetings, and to run for elected office if they feel their issues are not being effectively addressed.

“It is very difficult for people to make public policy if they have to look you in the face [and say,] ‘I’m going to take your health insurance… I’m not going to protect you in your neighborhood… I’m going to allow violence to reign.’” Jones said.

A recent report released by Hennepin County detailing regional hubs identifies an area of the county where 80 percent of its people receive some form of County assistance. Jones hopes that the movement will allow women in these economically segregated areas to network with women in suburban areas to bring their economic resources and political knowledge to the table.

“I’m all for going to the capitol and influencing your legislator, but I’d rather be right on the corner of the end of Broadway and put the woman with the legislator on her territory,” said Jones.

By the next precinct caucus on February 7, the Urban Women’s Movement intends to have an impact on the agenda by making sure that their issues are voiced.

“When you look at the NAACP in St. Paul, it is all but defunct. Look at the Urban League…and then you have UROC across the street, big fat cats with the University of Minnesota [who] want to be the community host, suffocating what is supposed to be a community institution… We’ll never move economically until we move politically.”

Jones said that the first step for the Urban Women’s Movement is to influence the political process, and the next is to buy the independence of community organizations.

“How do you do that and get to be the vice chair of the Democratic National Committee? Who’s telling Obama what’s happening to Black people in Minnesota?”

“I think that it is a courageous step for Black women to take the lead,” says Trayshana Thomas. “[It is time for] women, women of color, Black women in particular, to take a stand and say, ‘You know what? We have the power. The power is in our hands. We influence the legislators.’”

For more information on the Urban Women’s Movement, contact Lissa Jones or Trayshana Thomas at 763-200-3775 or urbanwomensmovement@yahoo.com.