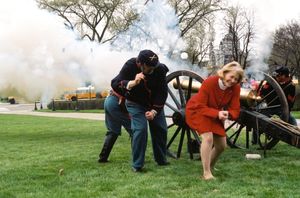 Since mid-summer, Bluestem has been reading reports in Greater Minnesota newspapers detailing the concerns of local officials about the potential costs of the voter restriction amendment.

Given that much of Greater Minnesota local governments are struggling to deliver basic services, wasting time and money on imposing photo ID –which doesn’t address the problems of felons voting–seems like a big misdirection of money better spent elsewhere.

If voters approve the so-called Voter ID amendment Tuesday, the costs to implement it in Winona County could reach nearly $1 million, according to estimates by county officials.

But since the amendment doesn’t stipulate the requirements of the voter ID system — the state Legislature would be asked to create them and to decide whether the state or individual counties pay to implement them — many counties can only guess at the final costs.

The Winona County estimate is based on work from the Minnesota Association of County Officers. Winona County Auditor-Treasurer Sue Rivers said costs would be comparable to the similarly sized Stearns County, with estimates ranging anywhere between $435,000 and $965,000.

In Fillmore County, Auditor-Treasurer Shirl Boelter said the county has only been able to guess at what would be required. If electronic pollbooks are needed, for example, costs would be between $76,000 and $180,000, Boelter said. Char Meiners, Houston County’s auditor, has estimated poll books for her county would run a comparable cost, at about $150,000. . . .

Mankato Free Press: Is it fear or is it real?

Former Congressman Tim Penny of Waseca has signed on as co-chair of the organization “Our Vote Our Future” because he objects to the amendment for a variety of reasons, including the language to be added to the constitution that isn’t spelled out on Tuesday’s ballot.

“The amendment is a lot more involved and a lot more detailed that you would be led to believe by the wording of the (ballot) amendment,” Penny said. . . .

Spokester for the other side? Serial fabulist Tony Cornish:

. . .Cornish, who is unopposed for re-election to the House, has spent some of his campaign funds this fall on pro-amendment radio ads. He said some Republicans are keeping their heads down in relation to the amendment, saying they just wanted to give voters the right to decide the issue.

“I did it because I believe in it, and I think we need it,” the five-term Republican said. “I support it wholeheartedly.”

Penny, a Democrat while in Congress and now an independent, said he’s bothered by a process where voter rights are determined via a proposed constitutional amendment drafted and enacted solely by one party. And he said the complexity of the questions surrounding the amendment and its potential ramifications only reinforce that the language shouldn’t be enshrined in the state constitution.

“I’ve always said, ‘The more people learn about this amendment, the less they’re going to like it,’” Penny said.

Minnesotans are being asked to use their vote to determine how they will vote in the future.

The voter ID amendment, coming up on the Nov. 6 ballot, has the state of Minnesota divided. The proposed amendment pushes for stricter requirement of showing a government-issued photo ID. Some say that would limit access to voting and have high costs. . . .

. . .More specific estimates have been done by most local officials, including in Otter Tail County. According to the Windley, implementation costs are estimated at $2,000 for a town of 500, plus two additional precinct staff would be needed. This does not include the cost of new electronic voting machines which could cost $56,800 for the cheaper model or $140,900 for the more expensive model — which could mean anywhere from about $4.60 to $8.80 per local voter. . . .

While other states have already adopted voter ID restrictions, they include automatic and universal exemptions for many types of voters. While these were brought up in the Legislature, they were all rejected.

The news from Winona, Mankato and Fergus Falls echoes earlier reports collected by anti-amendment group, Our Vote, Our Future. Click of the link to read them “below the fold.”

After months of controversy and debate, there is consensus among local nonpartisan election officials across Minnesota: they are alarmed about the costs, complications and consequences of the Voter Restriction amendment — and the decided lack of detail and answers.

“When the trusted, nonpartisan local officials who run America’s premier election system tell us they’re alarmed that this poorly-written amendment will be expensive, complicated and lock out eligible voters — and that even they don’t know how we would implement or pay for it — we need to listen,” said Luchelle Stevens, campaign manager of Our Vote Our Future. “Minnesotans should take these concerns to heart and vote No on the Voter Restriction amendment. Let’s send it back to the Legislature to make them get it right.”

The following local nonpartisan election officials, representing 20 counties and cities from across Minnesota, have spoken on the record of their serious concerns and unanswered questions. Even after months of debate, they are still saying:

Here’s a collection of statements that OVOF assembled:

“‘I don’t think this was well thought out and that things were not properly planned for or addressed … I don’t know who’s going to pay for it but I certainly don’t have it in my budget.’”

“Clearly, we do not currently have the ability to do the on-the-spot verification that … I think would be necessary given the language in this amendment … I think the methodology that they have chosen here will be archaic on the first day that it is implemented.”

Our Vote Our Future is the statewide multi-partisan campaign to defeat the voter restriction amendment that will appear on Minnesota’s November 6, 2012 general election ballot. For more information, please visit www.OurVoteOurFuture.org or follow @OurVoteMN.

Photo: Chief author of the bill in the Minnesota House, Mary Kiffmeyer fights a war on voters.