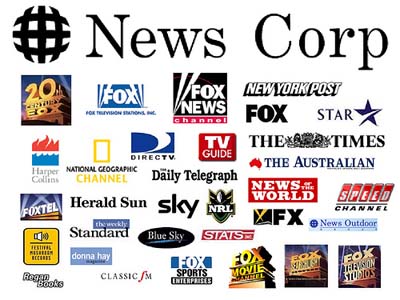 While corporations across the country have fled the ranks of the American Legislative Exchange Council, the Republican Party of Minnesota may be poised to embrace its inner corporatist.

Covering the pity party that was the first MNGOP state central committee meeting to come after the Republicans’ disaster in Minnesota’s 2012 elections, the Associated Press’s Brian Bakst reports in Minn. Republicans look ahead after 2012 drubbing:

The other big electoral prize that year is the seat occupied by first-term Democratic Sen. Al Franken. He won the spot in 2008 by 312 votes after a lengthy recount and court battle.

No one has formally announced a challenge, though plenty of names are floating around. Reps. John Kline and Erik Paulsen are considered possibilities, as are some rooted in the private sector. Among them is Bill Guidera, an attorney who has been the state Republican Party’s finance chairman. He attended Saturday’s gathering but said he’s undecided.

Bill Guidera is much more than a simple lawyer helping out the local Republicans. It’s surprising that Bakst puts it this way, since last November, the AP reported in GOPer Guidera won’t challenge Klobuchar for Senate:

A Minnesota-based executive with the parent company of Fox News has decided not to run as a Republican against U.S. Sen. Amy Klobuchar next year.

Bill Guidera is an attorney and a senior vice president with News Corporation, and has been a prolific fundraiser for the Minnesota Republican Party. He decided several months ago not to challenge Democrat Klobuchar, but reconsidered in recent weeks after further encouragement from some party leaders.

But Guidera isn’t just a simple senior vice president for Rupert Murdoch’s News Corporation. He’s the one who works of public policy. His Linked In profile states:

As a public policy executive with Microsoft and with News Corporation, I have managed legal matters and advocacy on some of the most significant policy issues facing those companies: Antitrust; intellectual property; Internet privacy, safety and security; tax and workforce development.

. . . Mr. Guidera has been with News Corporation since 2007, leading the Company’s state public policy initiatives relating to the Company’s film, Internet, print and television businesses. He works particularly closely on Internet safety issues, where he is a national policy leader. He previously served as an attorney and policy counsel with Microsoft Corporation, where he drove state, federal and international policy development on safety and security. 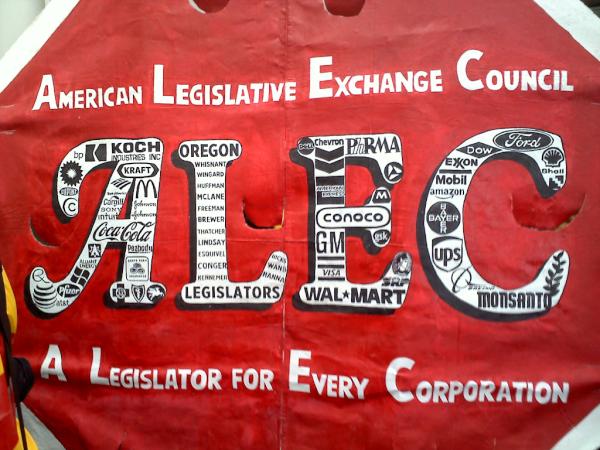 What’s more, Guidera is the fellow who shows up at corporate bill factory ALEC’s meetings, fronting for Fox News and Murdoch. In May, PR Watch reported in Rupert Murdoch’s News Corp. Is an ALEC Member:

ALEC’s news education staffer, Peshek, said that News Corp. also joined the Communications and Technology Task Force in January 2012. However, records obtained by Common Cause show that News Corp.’s Senior Vice President, Bill Guidera, attended ALEC’s April 2010 Spring Task Force Summit in St. Louis, Missouri, as a member of what was then called the Telecommunications and Information Technology Task Force. The reason for this discrepancy between documentary evidence and ALEC’s recent public statements about this is not known.

At the meeting April 2010 meeting attended by Guidera, the task force hosted a panel on the Federal Communications Commission’s National Broadband Plan. The Reason Foundation‘s Steve Titch, the National Cable and Telecommunications Association‘s (NCTA’s) Rick Cimerman, and AT&T‘s Hank Hultquist discussed the National Broadband Plan. Intuit‘s Jim Ruda presented on and introduced a proposed “Resolution on Government Tax Preparation & Electronic Filing.” The resolution was approved by the legislative and private sector members of the task force. (Intuit subsequently dropped ALEC this spring in the wake of the Trayvon Martin shooting and other controversial information about ALECs agenda and operations, as documented by CMD/ALECexposed.) . . .

. . . News Corp. is a multinational, multi-platform media conglomerate. The ALEC Communications and Technology Task Force, on which News Corp. has a seat, has long had a far-reaching agenda to deregulate the communications industry and has opposed key protections of the public’s airwaves for ordinary citizens, such as “net neutrality” and the “Fairness Doctrine.” However, News Corp.’s particular business interests in the jurisdiction of this ALEC task force are not fully known.

Research published first by Bluestem in showed that Guidera was a private-sector ALEC member at least three years before the 2010 meeting. In Back to 2007: MNGOP Finance Chair & News Corp Veep Bill Guidera cavorts with ALEC we wrote:

In ALEC’s Regional Field Teams: Connecting with Members Face-to-Face, on page 2 of the December 2007 “Inside ALEC” newsletter, there’s this:

“At times a bill is seen as the easy solution to a tough problem, yet that bill may create even more problems. Todd (Kruse) and his team cut through the puffery to reach the core issues with clear, conservative policy solutions,” said Bill Guidera of News Corp, an ALEC member based in Minnesota.

There’s also the possibility that Guidera could run for governor as well. Rachel Stassen-Berger of the Star Tribune tweeted from the Republican SCC meeting:

Bill Guidera,current MN GOP finance chair,says he won’t run for chair but didn’t say no when asked if he would run for gov or sen in #mn2014

Bluestem has selfishly been holding out for a David Hann v. Dayton race, but seeing a Murdoch executive and ALEC run against Dayton might be even be a more stark choice, since Dayton publicly scolded ALEC when he vetoed seven of the corporate bill factory’s projects in the last session.

Nor were Minnesota voters particularly kind to ALEC members, as we noted in Retirement, redistricting and rejection thin ranks of ALEC members in Minnesota legislatur.

Photo: News Corp Group (above) An anti ALEC banner (below).