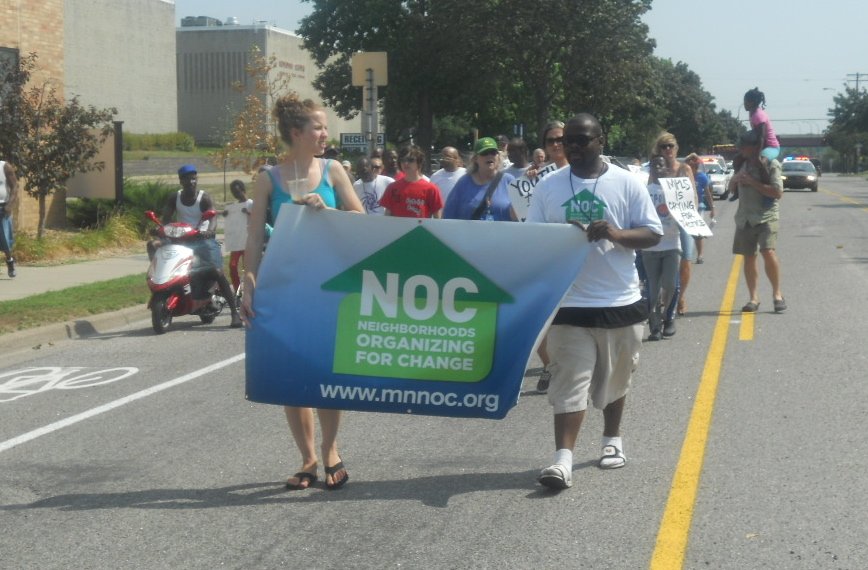 There were two marches held in Minneapolis on August 24th, in honor of the fiftieth anniversary of the March on Washington led by Dr. Martin Luther King, Jr. Minneapolis School Board member Tracine Asberry organized a “March to Close the Gaps” in south Minneapolis, with endorsement coming from such entities as the Minneapolis Public Schools and SFER, the acronym for Students for Education Reform.

I attended the north Minneapolis march that was loosely organized by the Minneapolis Urban League, the Minneapolis Federation of Teachers (MFT), and NOC, the acronym for Neighborhoods Organizing for Change. The fact that the MFT and the Minneapolis Public Schools, along with a member of the School Board, held separate marches, tells an important tale about the state of public education in Minneapolis: it is a deeply polarized thing where, it might seem, the adults in charge are not speaking to one another.

In an effort to create productive conversations, NOC sponsored an education forum that was held after the north Minneapolis march in the wonderfully air conditioned offices of the Urban League. Stepping out of the sweltering heat, I was happy to grab some water, take a seat, and listen to the voices gathered by NOC.

Payne-Shannon set the tone for the afternoon’s discussion by saying she “buys in to the opportunity gap, but not the achievement gap.” She spoke of taking strong offense at the omnipresence of standardized testing, which Payne-Shannon said “has told our children that they are not smart.” From her point of view, narrowing the curriculum to accommodate what is on standardized tests has come at the expense of such subjects as art, music, and time spent learning to think critically.

Following Payne-Shannon, Chicago teacher and community organizer Jitu Brown addressed the 150 or so people in the room. Brown electrified the crowd by telling stories of resistance in Chicago, where Mayor Rahm Emanuel recently closed over fifty public schools, despite the protests of thousands of Chicago teachers, parents, and students.

Brown talked about his own education on the south side of Chicago. In particular, he shared a memory of his fourth grade teacher, Ms. Coleman. Brown called her a “master teacher” who knew how to inspire a child like him by turning him on to creative writing. This turned Brown, who described himself as a “class clown who always got in trouble,” into an A student who became a teacher himself.

Brown spoke of his fear that his own son would not receive an education as meaningful as his own. He talked about being exposed not only to creative writing, but also to Spanish, band, and art classes. Now, he thinks policies like No Child Left Behind and Obama’s extension of it, Race to the Top, have labeled schools and students as failures, and thus required these schools to double-down on math and reading skills, in order for students and schools to make “adequate yearly progress.” Brown also spoke critically of such organizations as Teach for America, which he says puts minimally qualified teachers in classrooms where experienced teachers once worked.

Brown concluded by sharing the actions he and the groups he is part of are involved in, such as the call for “Sustainable School Transformation,” which seeks to adequately fix neighborhood schools rather than close them. This “transformation” would involve collaborative, community-led reforms for schools, along with a “focus on research-based strategies within the school,” and “wrap-around supports.” Brown also shared information about education-based events happening around the country on August 28th, the actual date of the original March on Washington.

University of St. Thomas law professor Nekima Levy-Pounds, who frequently speaks out on school suspensions and the “school-to-prison pipeline,” followed Brown.  Levy-Pounds also spoke passionately about education, and said that she believes “parents need choices at the end of the day.” She shared a story about her own daughter being ignored in the classroom, and her subsequent decision to put her in a different school. She also discussed putting her two sons in a charter school recently, in pursuit of the most promising educational opportunities for them.

Overall, Levy-Pounds emphasized the need for “justice for African-American children” as she implored the audience to demand it. This ended the speaker portion of the forum, as NOC director Anthony Newby broke the crowd into small groups. Young NOC organizers, who asked the groups to think about what equitable schools would look like, and how participants could bring such schools about, facilitated these groups. Many interesting ideas were shared in the small group I sat with, such as a hotline for students facing unfair suspensions and greater opportunities for parents to meet and help shape school policy.

The intensity of ideas, emotions, and experiences shared at the education forum signaled that education in Minneapolis is definitely a hot topic. People gathered together to listen, learn, and perhaps, discover some unity. Perhaps, then, this unity will spill over to the Minneapolis Public Schools and its workforce, the Minneapolis Federation of Teachers. One day, they may even march together to “close the gaps.” 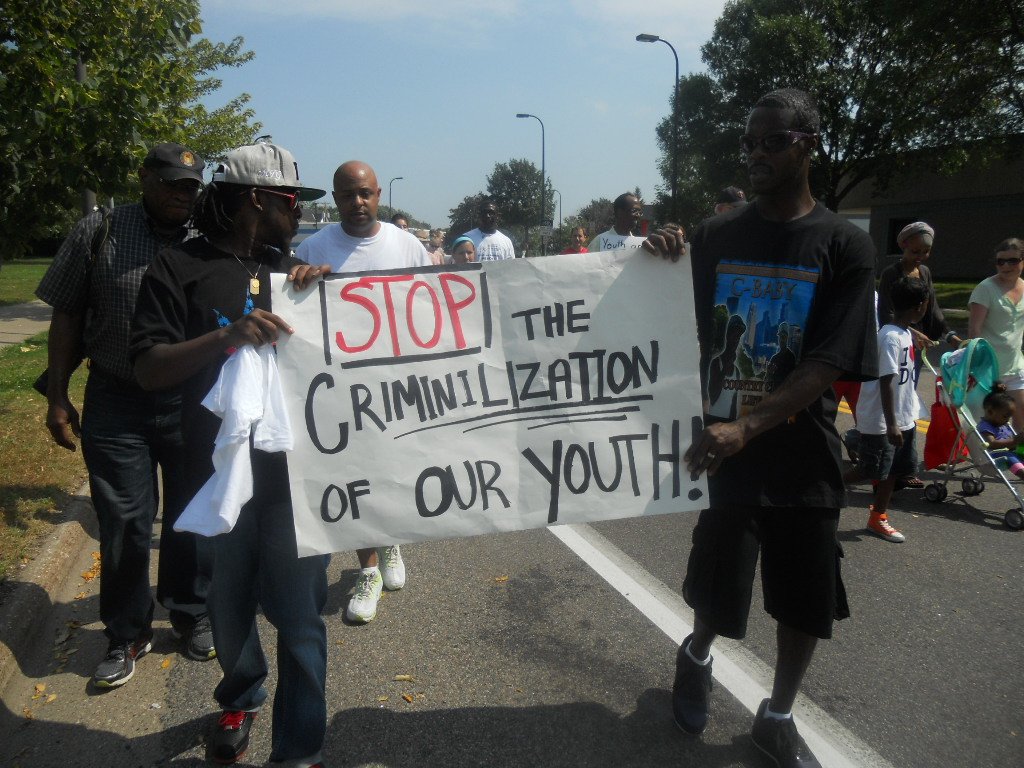 Marching to the Urban League 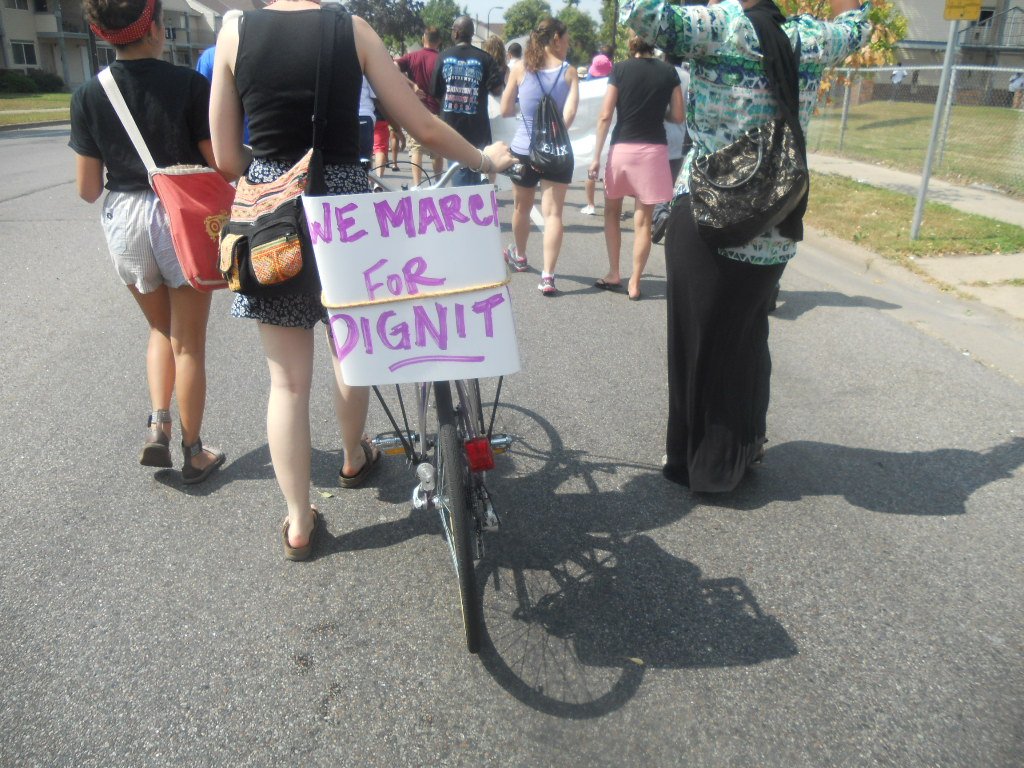 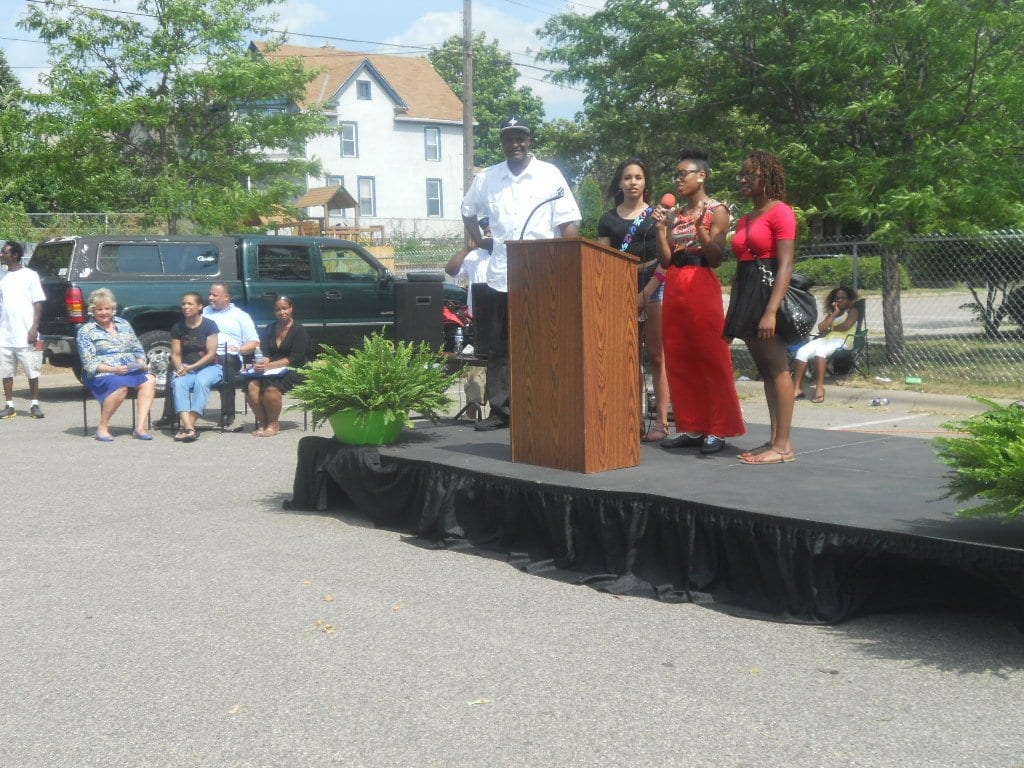 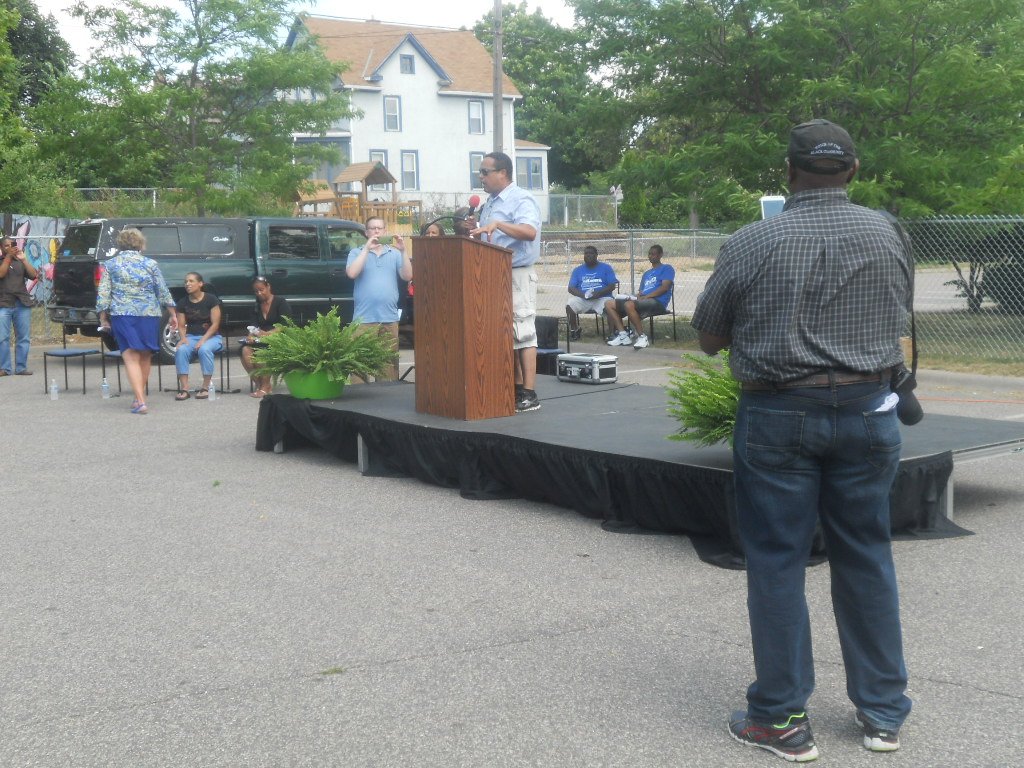 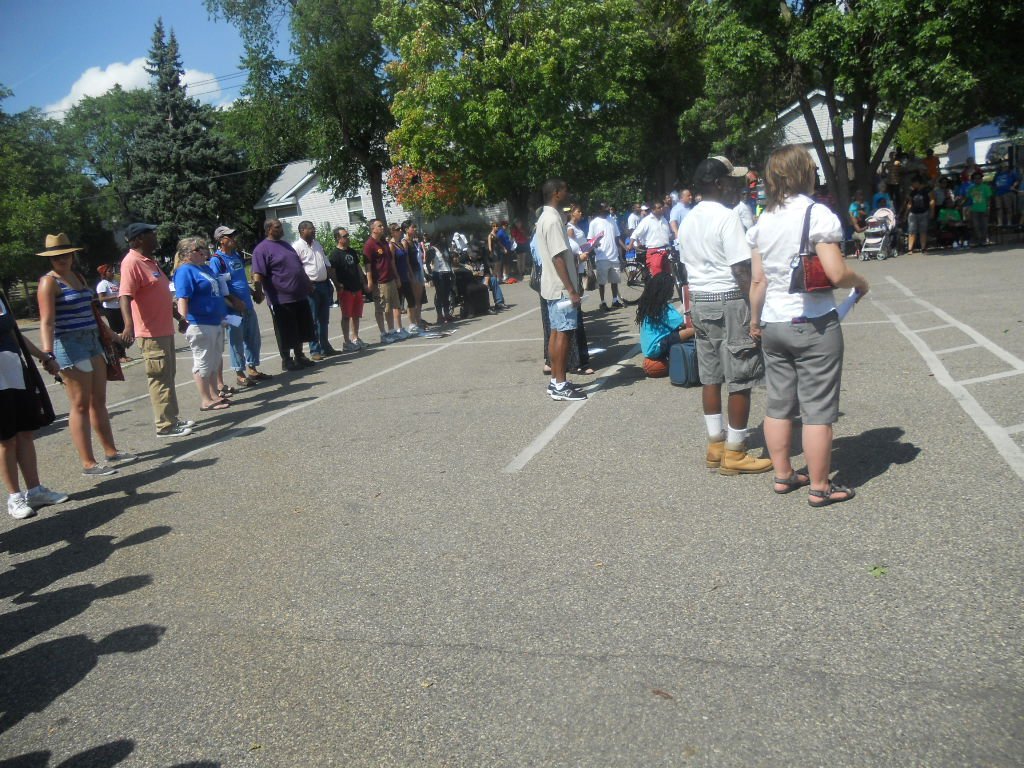 Lift Every Voice and Sing 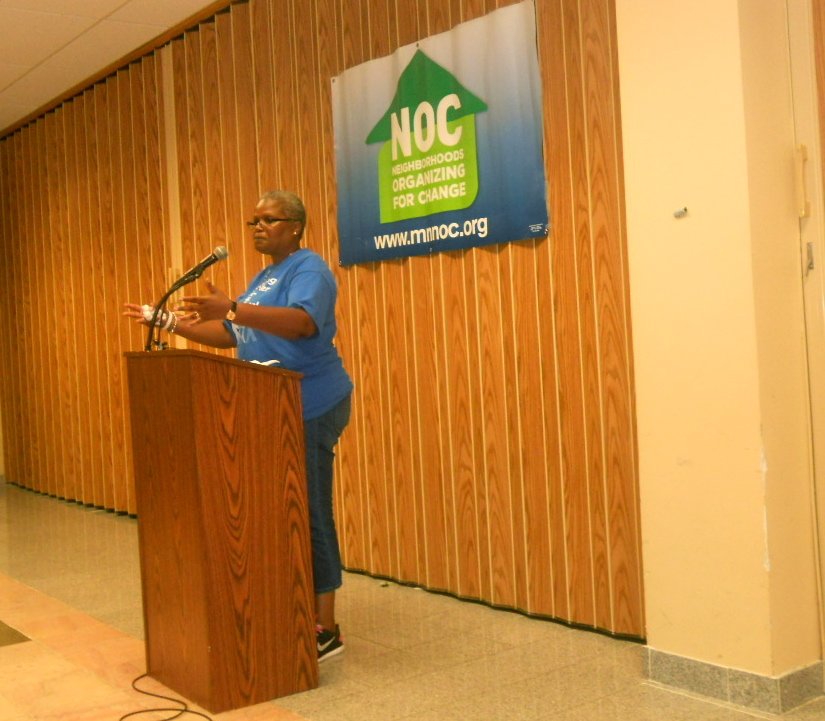 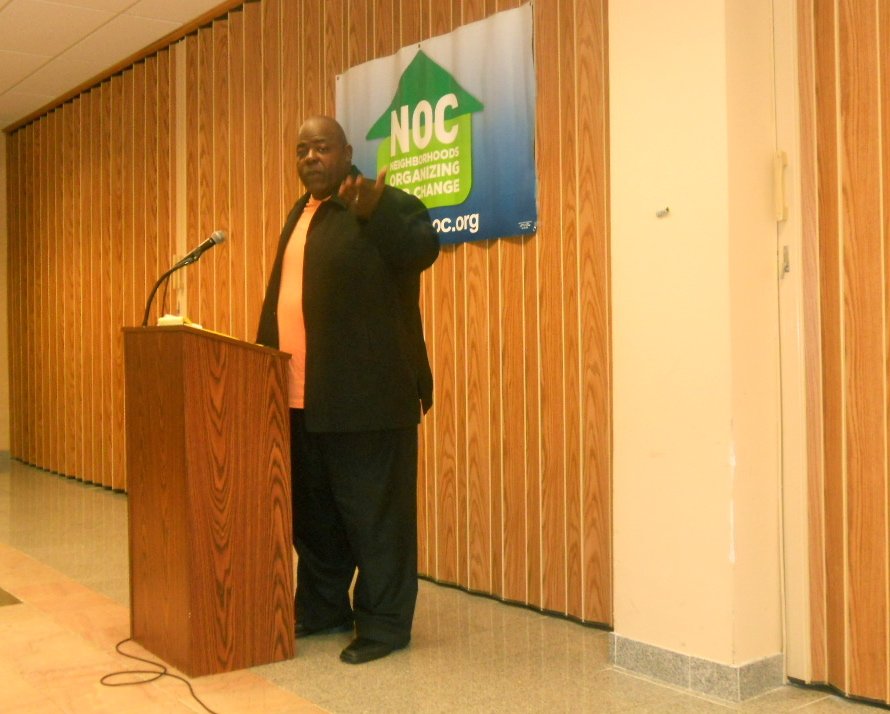 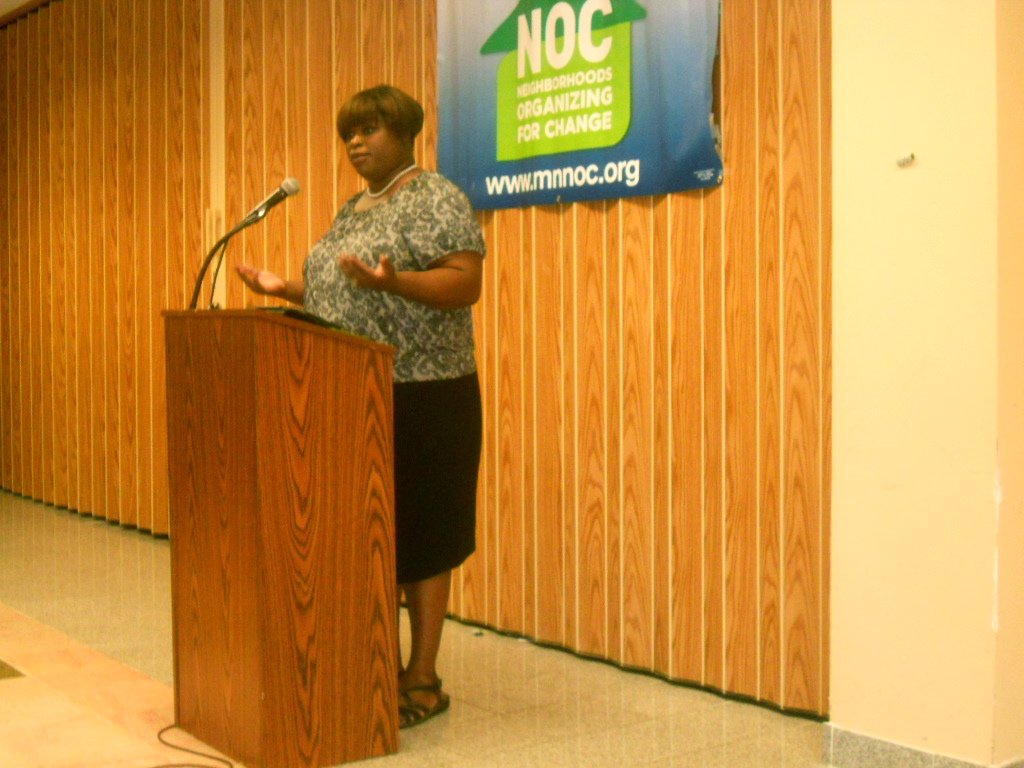