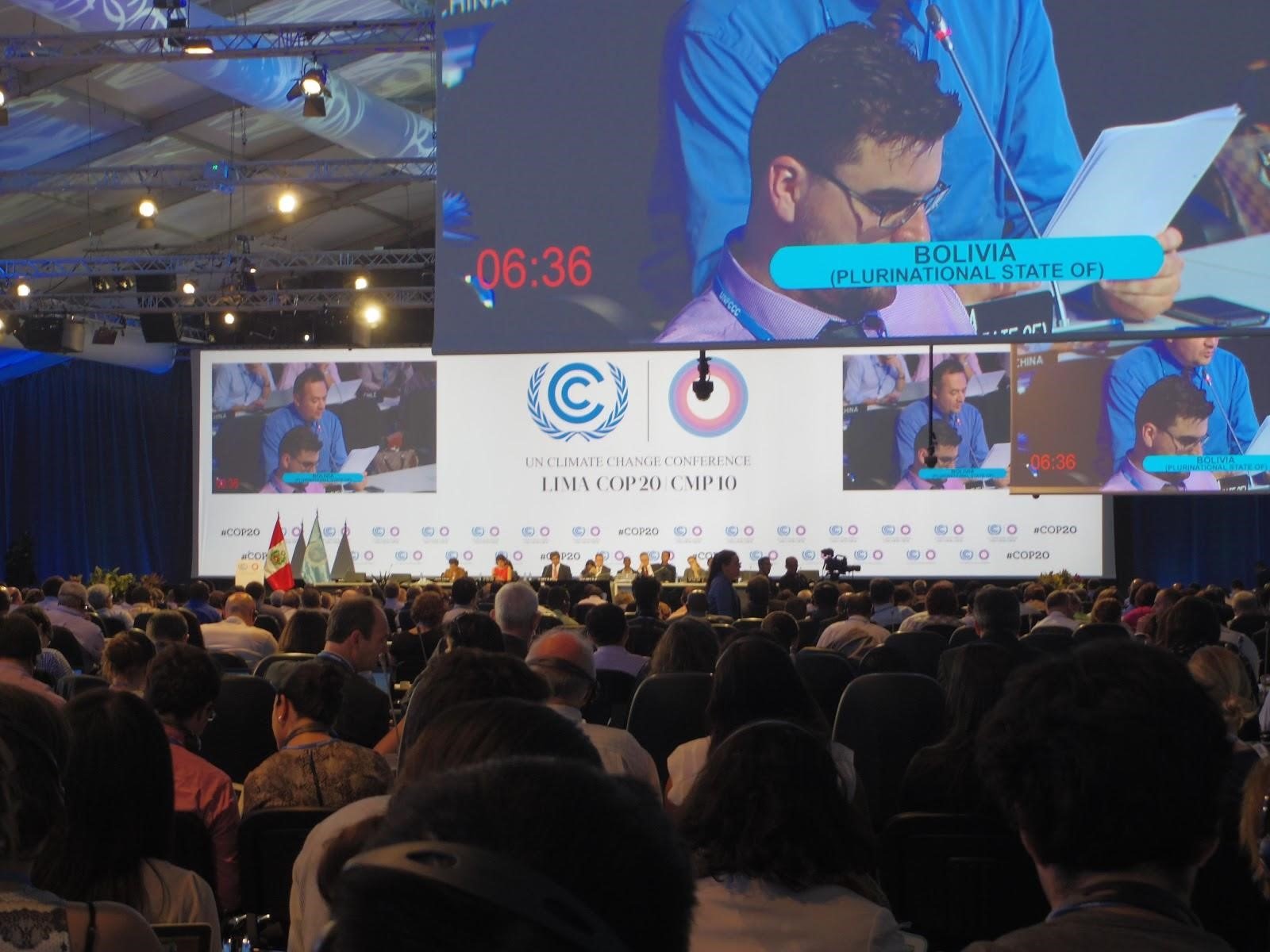 The 20th session of the Conference of the Parties (COP), a body under the United Nations Framework Convention on Climate Change (UNFCCC), started on Monday, at the General Army Headquarters in Lima, Peru. With almost 30 tents set up across the premises, and thousands of representatives from governments and observer organizations running between plenaries, contact groups, and side events, the climate change negotiations are in full throttle.

The climate change negotiations in Peru are critical, because they will establish the foundation of a proposed new climate agreement expected to be finalized in Paris at the end of 2015. The convention’s primary objective has historically been on reducing greenhouse gas emissions. While vitally important, this approach has largely ignored the impact climate change has already taken on vulnerable regions around the world, particularly agricultural communities, that urgently need resources to adapt to an altered climate. Such communities also need funds to deal with loss and damage caused by severe weather events that have destroyed crops, increased salinization of soils, and diminished agricultural production.

For the final agreement in Paris, negotiators will consider issues like reducing emissions (mitigation), adaptation, finance, transparency of actions and support, capacity-building and transfer of technology.

But where will agriculture and land-use more broadly stand in these two weeks of negotiations? These issues fall within different tracks of the global climate talks, and are addressed in a variety of ways.

In Lima, several governments have highlighted the importance of adaptation, in an attempt to establish and implement fair and progressive adaptation plans. But in general, there are unfortunately few aspects of the negotiations moving on adaptation, which should be among the highest priorities in the negotiations.

Agricultural issues will also be covered under negotiations on land use, a subset of the climate negotiations on Agriculture, Forestry, and Other Land Uses (AFOLU). These negotiations specifically focus on measurement schemes of greenhouse gas emissions from land use. Land use is also becoming more prominent in discussions under the Clean Development Mechanism, a carbon offset tool that supports emissions-reduction projects in developing countries so that developed countries earn certified emission reduction credits – while continuing to pollute. Many NGOs, including IATP, have criticized carbon offsets as part of poorly regulated carbon markets.

Land use, particularly related to forests, is also present in the Subsidiary Body for Scientific and Technological Advice (SBSTA), a subsidiary body that among other things, provides the COP with scientific advice on methodological matters within the land use sector. In the first week here, there have been further discussion on the safeguards and implementation of Reducing Emissions from Deforestation and Forest Degradation plus (REDD+). Negotiations will be building on the Warsaw Framework for REDD+ that was finalized from COP19 . Within this mechanism, developed countries offer incentives for developing countries to keep their forests standing in order to receive carbon offset credits and to curb deforestation from drivers like logging as well as agricultural and livestock expansion.

Unfortunately, most participants here believe the climate talks are on a path toward a weak agreement composed of voluntary pledges and no mandatory commitments by developed countries responsible for most of the greenhouse gas emissions.

There is an urgent need for negotiations to advance here in Lima, particularly for agricultural communities around the world dealing with the loss of crops and livelihoods due to climate-related weather events like droughts and floods. There is already another typhoon heading toward the Philippines that could repeat last year’s devastation. Farmers from across the world are calling for urgent action to be made in Lima to support aid for climate adaptation as a way to build climate resilience and empower farmers, as well as restore their lands degraded by these intensifying weather events. Further discussion on the guidelines and implementation of this aid for agricultural communities needs to be an integral part of the land use discussion at COP20.

Author Sara Velander studies Human Ecology at College of the Atalantic and is blogging on behalf of IATP from the climate talks in Lima, Peru.