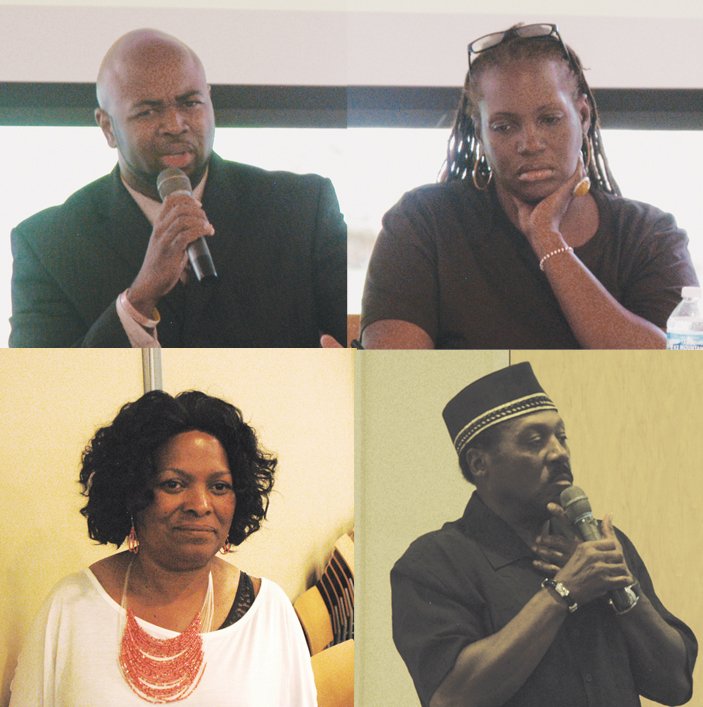 On Wednesday, August 28, 2013, the Wilder Foundation’s Wilder Center for Communities played host to what was referred to as a “community conversation,” where members of the Twin Cities community were invited to listen to and partake in a discussion about what impact the aftermath of the death of Trayvon Martin and the subsequent verdict in the Andrew Zimmerman trial will have on how young people — particularly young people of color and specifically African American boys — are taught and raised by those who care about them. The event, billed as unFRAMED: The Lessons of the Zimmerman Trial, was organized by Barbara “Bob-e” Epps and Dave Ellis of the Black Men’s Early Childhood Project (BMECP).

Epps is a consultant to the Science Museum of Minnesota, which had started hosting an exhibit called The Wonder Years, an exhibit that “looks at early childhood development from prenatal to age five,” Epps explains. The Science Museum also started hosting a series of conversations, which they called “citizen’s conferences,” where “up to 100 people from a cross section of populations come together, look at the exhibit, and then have a discussion about what [the exhibit] means to them, what their thoughts are about children, and what do they want to invest [in them].”

In early 2012, Epps was asked by the Science Museum to help facilitate similar types of community conversations throughout the state, and she gladly said yes. “I suggested that they bring African American men together and have a dialogue with them,” says Epps.

Working with the Science Museum and another consultant, she says they invited “about 25 African American men to the table to put on a citizen’s conference that would be just for African American men.” Epps explains that the men they invited to participate were not considered “the typical suspects, or those who are known as ‘leaders’ in the African American community. So I invited an array of men — some were barbers, some were ex-felons, some were mechanics, some were [working] in state government, some were corporate [professionals], some worked for non-profits… One of things that this group [that was assembled] really supports is that there are no big ‘I’s’ or little ‘U’s’.”

Since their first meeting in April 2012, the group has met a total of five times to discuss issues relevant to the nurturing and upbringing of the youth. “This group wants to change the trajectory for African American men and boys across the Twin Cities… and across the state of Minnesota [as well]. And do it in a way so that the image of Black men is changed,” says Epps.

“The participation rate in terms of Black men — and other citizens who care about all children — but primarily [those who care about] African American children [and] African American communities [increases],” Epps continues. “And that they change the systems that they are engaged with, or the systems that engage with them so that they’re not so punitive. And that their voices are heard and there’s a real shift in access, equity, and inclusion in a multitude of tables.”

The conversation was started by posing a question to the panelists Andre Koen, MA, chief operating officer and facilitator with AM Horizons Training Group; Jason Sole, president of Jason Sole Consulting, and community activist/writer/motivational speaker LaDonna Redmond. The panelists seemed to be intentionally assembled to represent varying viewpoints and ideals.

However, some views expressed by particular panelist members were apparently in contrast with some of the people in the audience. For instance, when Sole began to address the question posed to the panel. He came out firing, saying that he was “still pissed about the verdict,” and that to him the outcome meant that “a Black man’s life still is meaningless [to the justice system].”

Sole went on to talk about the reaction he received when he expressed his feelings about the verdict through social media: “I don’t do a lot of social media, but I said something on Facebook…and people responded saying, ‘Why does it got to be about race?’ Because it’s about race!”

Sole also lamented about his disappointment in the community’s reaction to the verdict. “I ain’t trying to kick off a riot… I’m happy for what Martin Luther King did [and] all he contributed — man I’m grateful — I probably wouldn’t be able to speak as freely as I can if it wasn’t for Martin Luther [King] and a lot of other people.

“But at the same time, his notion was non-violence; that was his practice… I don’t come from that school of thought… People are killing us in the street, [and] nothing happens. We might rally, we might have some conversations…but at the end of the day, there’s thousands of Trayvons out there [where] the situation never makes it to court…

“We’ll fight each other hard and hate on each other hard,” Sole continued. “But when somebody else [does] something to us, we don’t do nothin’ man. That’s what I hate, the fact that we got to a place where we’re so relaxed about the things that people do to us.”

Some of the comments Jason Sole made — particularly the ones that implied that Martin Luther King’s doctrine of non-violence would not be as effective as a response that utilizes aggression and violence — seemed to rub long-time activist and community leader Spike Moss the wrong way.

“I’m getting angry listening to the discussion and I had to calm myself down,” Moss responded. He reminded Sole that it was a different climate when King was alive, and that Sole wasn’t “born early enough to see what they saw… This nation — had we stood up in a defensive way to fight for ourselves — they would have slaughtered man, woman, and child. Please understand the nature of America, young brother.”

Although emotions got stirred up more than once, and there were some verbal confrontations, the overall discussion was a healthy exchange of thoughts and ideas from a diverse group of people. When asked about what her reaction was, panelist LaDonna Redmond talked about her decision to initiate an economic boycott of Florida.

“I felt that that was a call to action; that I had to continue to not just stand in the gap myself, but I had to organize other folks to stand in the gap with me,” said Redmond. “I began a petition to boycott Florida’s economy… I mailed Black farmers all over the Southeast. I got a lot of mail back from the Black farmers who felt that a withdrawal of economic support would somehow hurt them.

“I have to admit that my response probably was a bit brutal,” Redmond continued. “But I was like, if I got to pick you or pick my son’s life, forgive me for picking my son’s life.”

Whatever the best possible solution may be, it is likely to come out conversations like these.