Each time I express an irritation with the Catholic Church, a few friends will write, in assorted ways, “why not just leave?”

I always answer in assorted versions of “you can’t change an organization from the outside. You have to slog away within the system.” Plus, except for the hierarchy, whose clear obsession is temporal power, the “Catholic Church” as an institution has never done dirt to me, and has been an immense contributor on many levels to social justice in this country and in the world. Its representatives in the form of Priests, Nuns, Parish Workers, etc., might vary in talents and abilities, but by and large they really, really care about the essential Jesus mission as expressed in the beatitudes. I can’t leave that for some greener pasture that may not be any greener.

Yesterday, at the exact same Mass where we got “The Letter” and “The Notice”, there was a second collection for retired Catholic Religious. This is an annual collection, and this year there wasn’t a speaker, rather a flier, in Spanish and English, in each pew. The flier speaks for itself: Abp religious retirement001

There is a particular sentence I noted: “… worked for years for small stipends. Their sacrifices now leave a substantial gap in retirement funding.”

The translation from English to English is simple: the Nuns who built the Roman Catholic social service system took vows of “poverty, chastity and obedience”, and when it came to retirement time, many of their orders had almost nothing to sustain their retirees, at about the same time as vocations were dwindling to the present status which is almost nothing. So appeals which tug at the heartstrings come out each year. While I don’t know the exact relationship, I do know that orders of Nuns could be very aggravating to the hierarchical structure. They were not easily manipulated.

The rules were not as severe for Priests, but, in my viewing, the same attitude of service and social justice tended to apply to them as well. I remember many truly wonderful Priests.

I wrote out my check for $50 yesterday. It should have been more, but it was probably well above average….

In the old days it was a source of pride for a family to produce a Nun or a Priest or in some cases a Bishop.

Some of these folks were legendary.

If you look at photos of the Civil Rights marches in the 1960s, Priests and Nuns were conspicuous by their presence, and if you looked behind the scenes, the local Bishops were telling them to stay where they were supposed to be, and that was not on the protest line.

I recently did a blog post about a Priest ordained in 1973 who said his informal mentors were Priests active in the rights movements.

And those Catholic hospitals? It was groups of Nuns, basically. Ditto for Catholic womens colleges, and Catholic schools.

Sister Rose did her damndest to teach me how to play piano in 5th grade in Sykeston ND. She failed. But not long afterwards, Ms. Stone, classically trained in a prestigious conservatory ‘out east’, tried again, and she failed, spectacularly. It wasn’t the teacher, it was the student!

I can NEVER repay those nuns who took my first wife into their Grand Forks ND hospital for two months in early 1964 when we had NOTHING. We were a charity case. They took us in….

So these Bishops and the rest who are the moldy fruit on top of the Church cabinet, can try to leverage their temporal power and attempt to pass their beliefs on in political skirmishes and laws and constitutional amendments. But I’m going to stick with the struggle in the place where they can be made most uncomfortable. They can ignore people like me, they can threaten us, but they can’t get rid of us…unless we leave.

I know there are other people within the institution who are outspoken in their own ways. We don’t all agree on exactly what to do, but we’re in agreement that the status quo with these Bishops is not the best we can do. 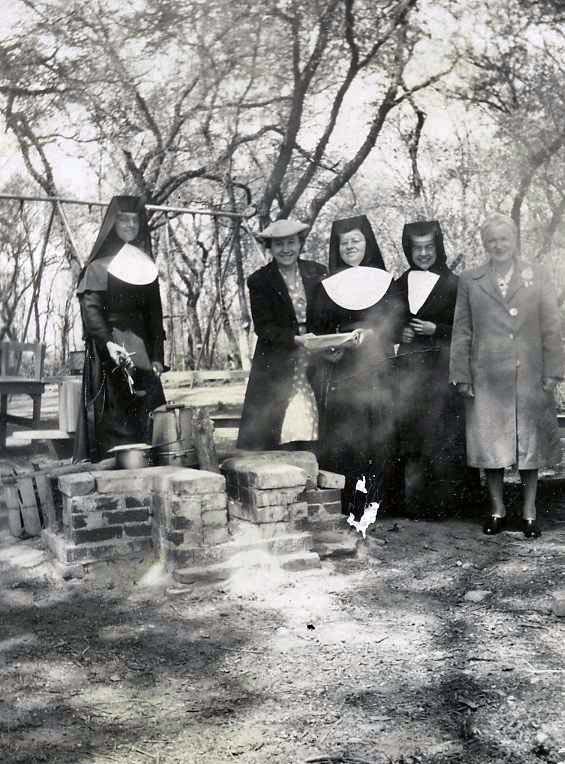 E. J. Dionne of the Washington Post wrote a good column on this topic today. It is accessible here. Thanks to Bruce who highlighted it in a comment on yesterdays post.