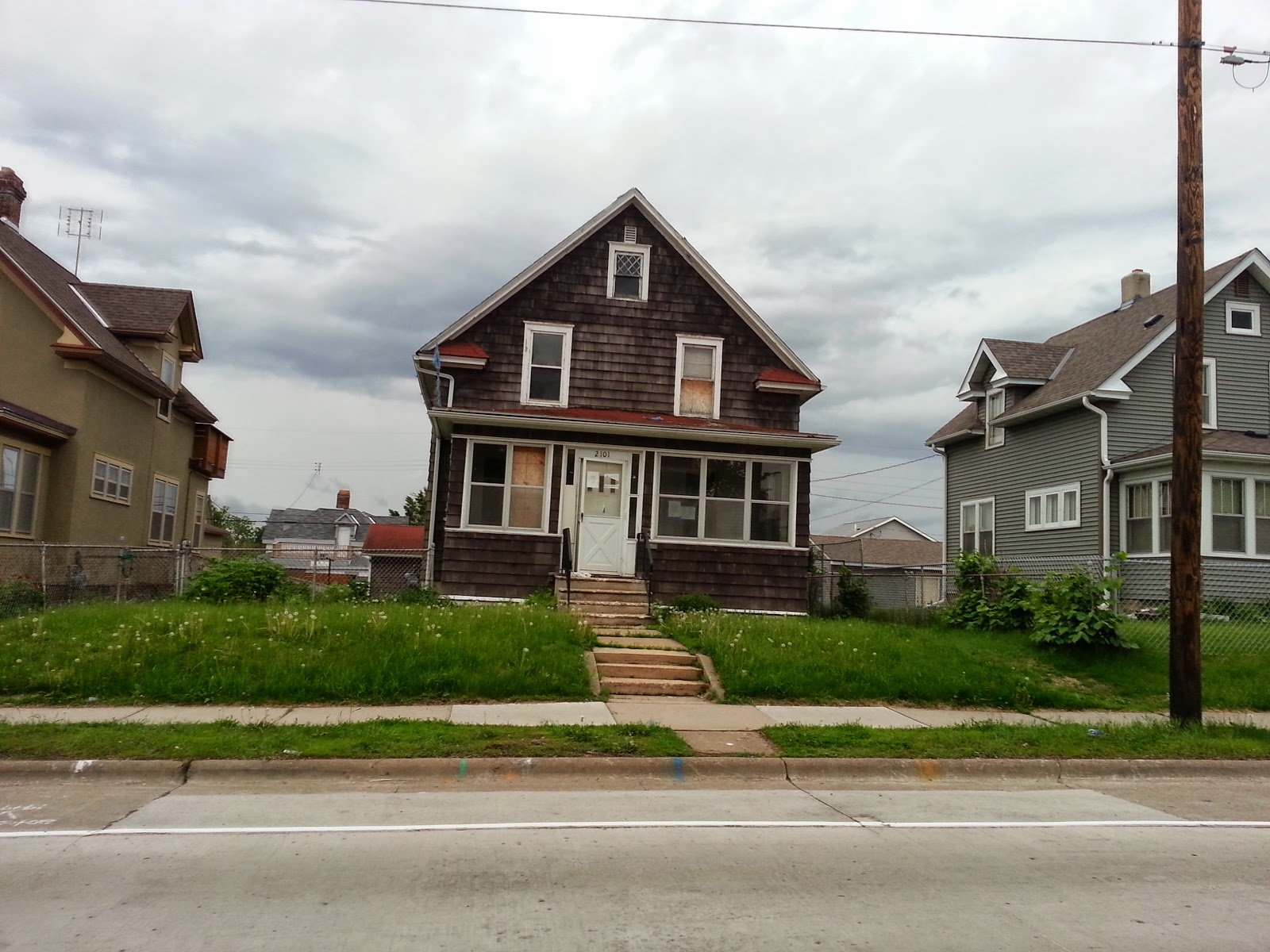 Recently the city of Minneapolis proposed a ban on styrofoam containers. The logical part of my brain says this is a positive development and our council should be hailed for a move that will be great for the environment and put our city among the leaders in the nation around this issue. The illogical part of my brain, on the other hand… well that part of my brain looks out my front porch every day and sees a city-owned house at 2101 26th Avenue North. It’s tornado-damaged and by outward appearances looks to be a perfectly salvageable house. Or at least it WAS. The shredded blue tarp remnants on the roof indicate exactly how long the city has left this property to deteriorate. At this point, there’s no telling how much water damage has occurred in the year and a half that time, neglect, and a city that hasn’t sufficiently valued its housing stock have let this slide.

Now again I must stress that the logical part of my brain understands that styrofoam containers and other commercial waste are regulated by a completely different part of the city’s bureaucracy. But still I wondered what the environmental impact of housing demolitions was in comparison to banning polystyrene, not only in the construction of a new house, but also in the loss of embodied energy from the existing structure. I’ve simplified the equations to a stark degree, on the grounds that accurately weighing all the variables of different chemical pollutants, the loss of history, the impact in a landfill, the alternatives to polystyrene, and the plethora of demo/new construction factors would take a master’s thesis to properly sort out. Instead, we’re using one measuring stick only: CO2 emissions.

(Links may be added later, but these are all sourced and studied, not just numbers I made up.)

Maybe someone smarter than I am could more accurately tally such calculations. Until then, I’m cribbing a line from Stephen Colbert. “Is that right? Well…it FEELS right. Let’s just assume that it is.”

Even if my numbers are off, the underlying principle remains. The same city that touts the environmental gains of banning the use of certain compounds has demolished countless houses that were salvageable. I am reminded every day when I look out my window that that same city OWNS and allows to deteriorate houses that would otherwise be salvageable. Any city council member who pats themselves on the back because of a styrofoam ban, yet does nothing about house demolitions just doesn’t get it.

From the time that I first started to dig into the research until when I finally got around to writing and publishing this post, I ate at West Broadway establishments that served food in such containers. Four times. So by my own admission, that makes me 0.00014% part of the problem. But since my house purchase kept a home out of a landfill, I’ve got another few million containers to go. 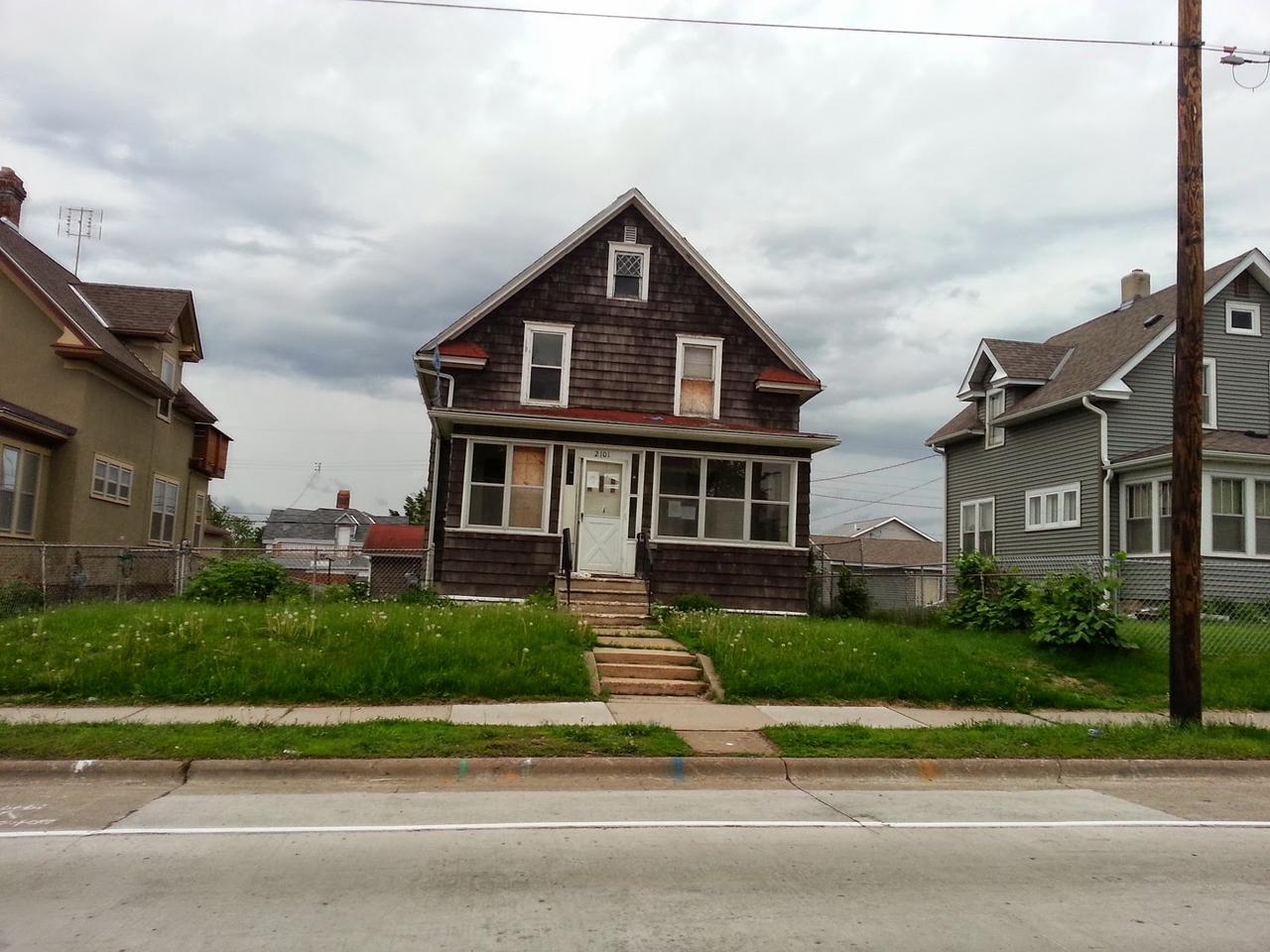 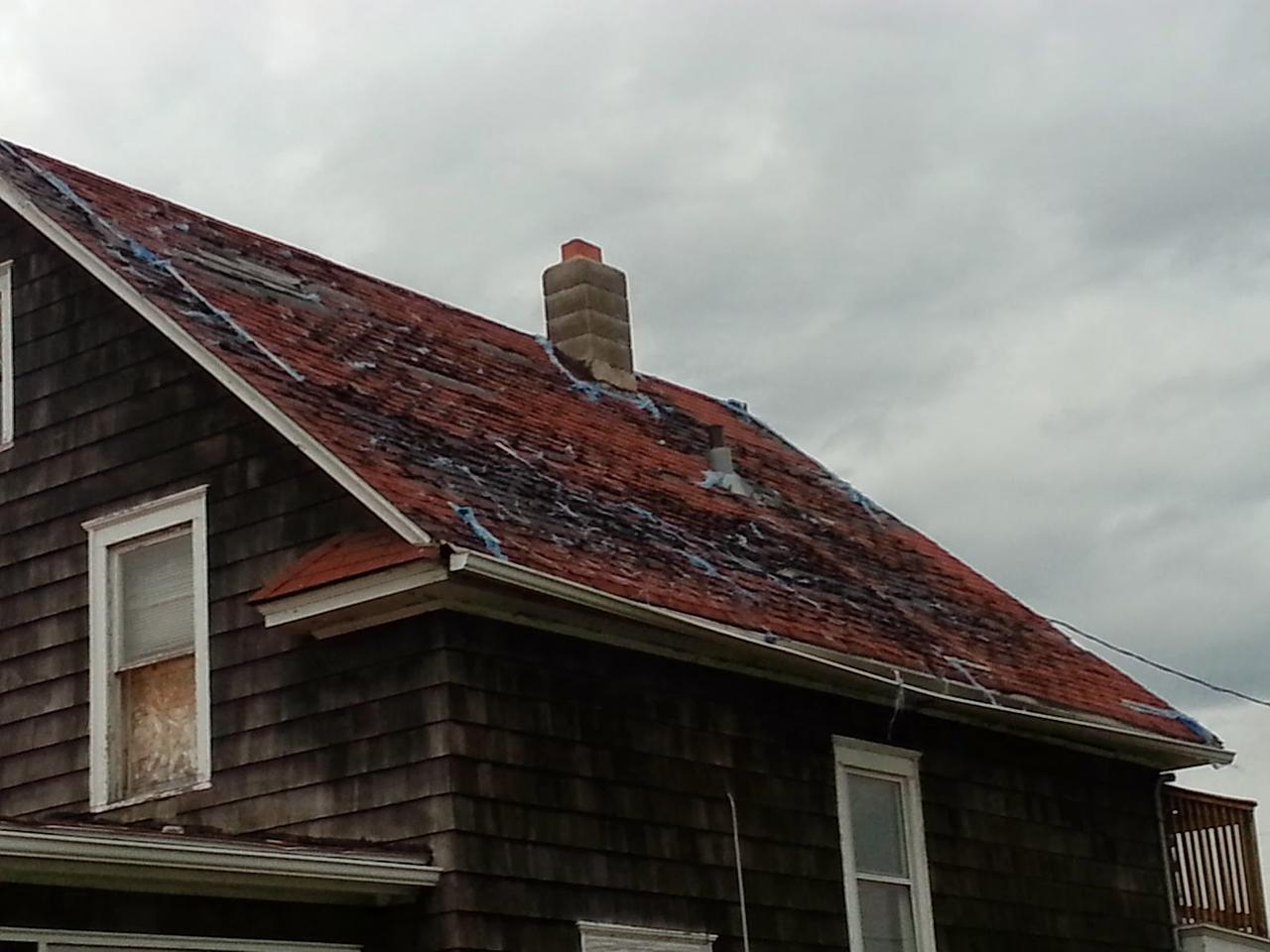 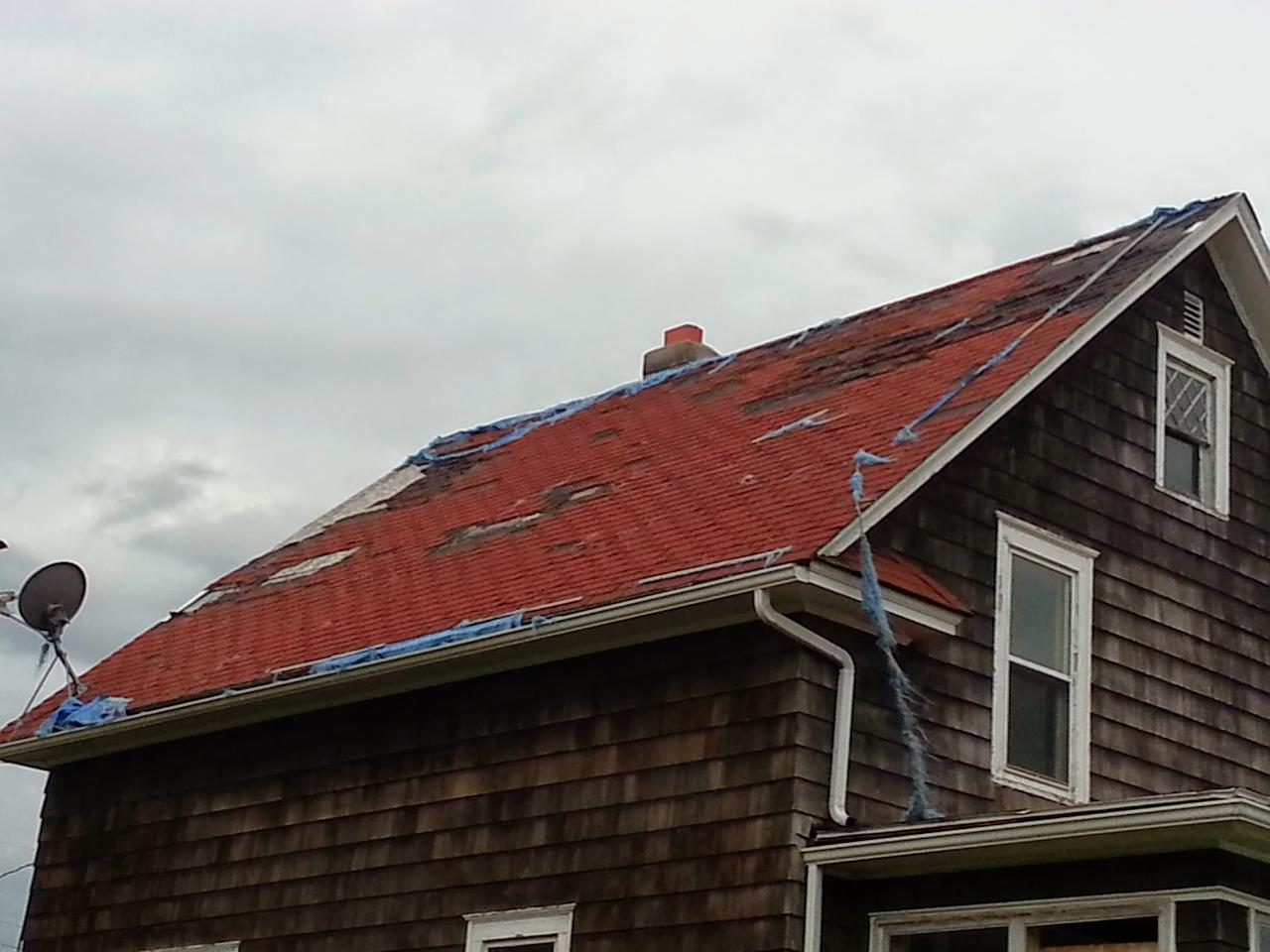 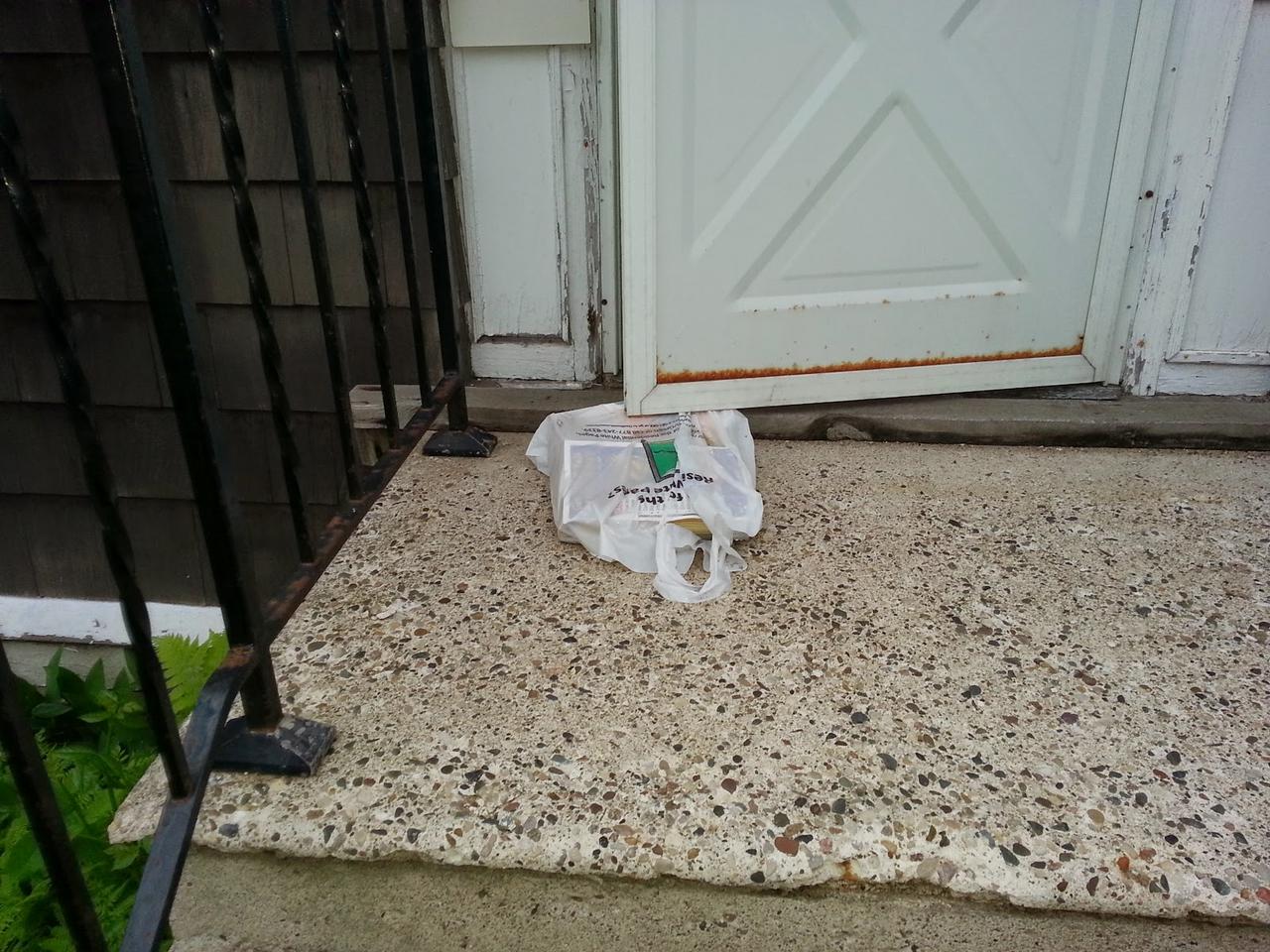