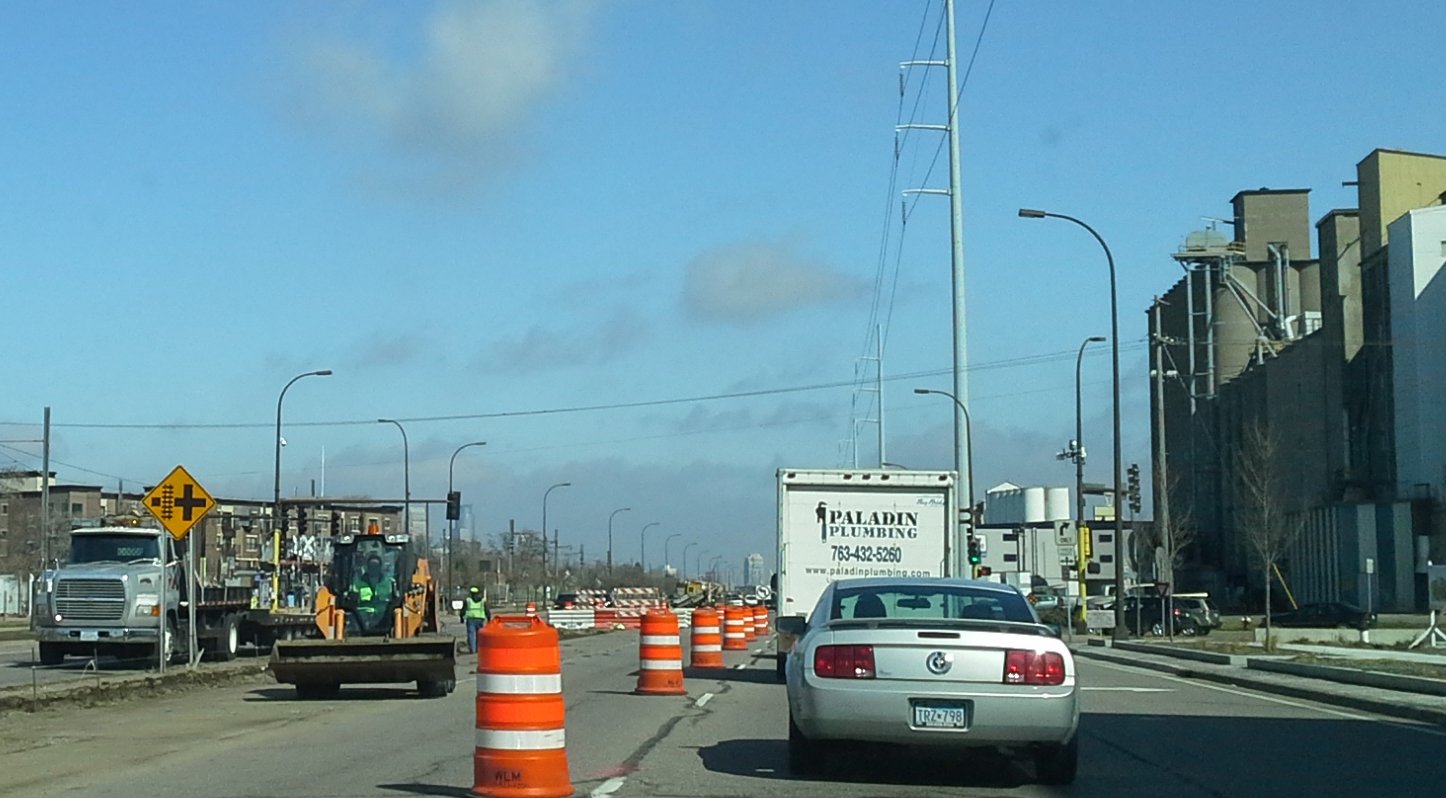 Some turn lanes have been closed and traffic slowed while the intersections on Hiawatha are improved to make them safer for pedestrians and bicyclists.

Intersections along Hiawatha between 32nd St. and 46th St. are being improved to make them safer for pedestrians and bicyclists.

The median work on 32nd and 38th Avenues will take an estimated three weeks. However, weather will affect the project.

After the median work is done, crews will begin working on the side streets.

The work is intended to make pedestrian crossing a safer/better experience, and will include bump-outs to shorten the amount of distance that a pedestrian is exposed to traffic, increasing crosswalk visibility, and other improvements.

The schematics for each intersection can be found at www.minnehaha-hiawatha.com/crossings

After learning that crossing Hiawatha Ave. is a safety concern of local residents, Minneahaha-Hiawatha Community Works (MHCW) began working to do something about it.

The timing of lights will be adjusted so that people have more time to cross the wide street. Federal standards have recently changed, and these new recommendations will be followed. This project will tie into the traffic signal changes that will be done last year to help traffic flow better.

The medians between the north and south lane will be widened so that those who haven’t had time to cross will have enough space to safely wait for the next opportunity.

Bump-outs will be added to not only make motorists more visibly aware of pedestrians and bicyclists, but also to narrow the width of the crossings so that it doesn’t take as long.

Crosswalks will be made more visible. Several of the crosswalks are crooked; these will be straightened out and widened. The intersections will also be upgraded to meet standards set by the Americans with Disabilities Act (ADA).

There will also be bike enhancements at key locations.

According to Robb Luckow of Community Works, the total cost will be $500,000. This project is being funded by Hennepin County, the Minnesota Department of Transportation, and the City of Minneapolis.

Also this year, Community Works will be working to beautify Hiawatha Ave. by planting more trees, shrubs and flowers.