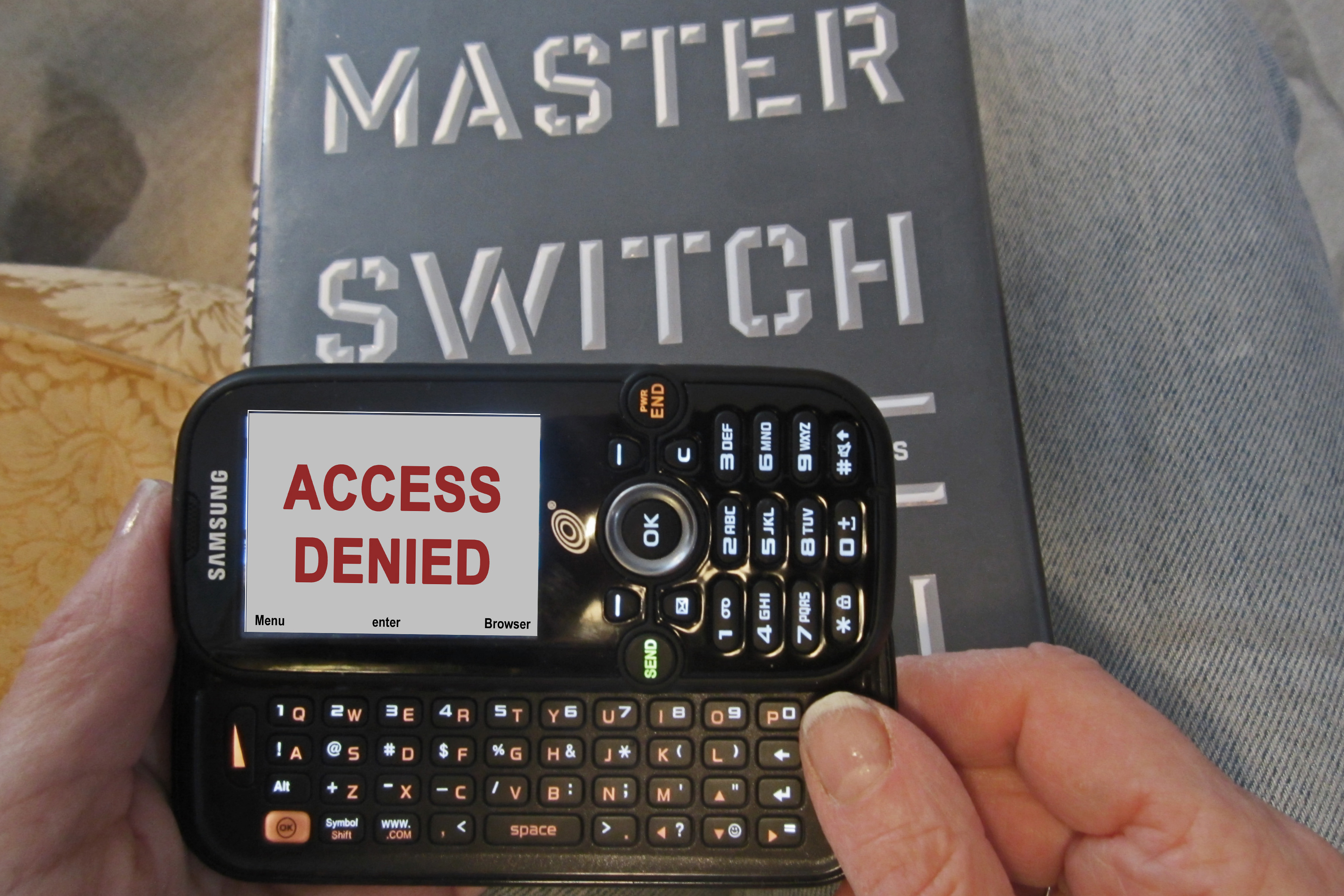 They're out to get yah and Tim Wu's "The Master Switch" tells you how they will do it.  Photo by N P Heille

Review: “The Master Switch: The Rise and Fall of Information Empires”; by Tim Wu; published by Knopf Doubleday; © 2010; available paperback and e-book.

“The Master Switch” is a necessary read to understand your legal rights to net-neutrality.  You will see your legal rights are part of the common law concept of the common carrier.  While many support the concept of open access to the internet, their reasons sound more like statements of entitlement than a reasoned legal position.  Wu’s book is a good history of the cartels, monopolies, and trusts that have attempted to limit public access to information or as we call it today net-neutrality.

Tim Wu’s book is about the movement of information over common carries.  In today’s world, we know those common carriers as satellite, Wi-Fi, DSL and the companies associated with them like Comcast, AT&T, and Century Link.  If you want to enter into the debate of free unfettered access to the internet Wu helps one to understand the history and players that have attempted to constrain and control your access.  For this reader I came to appreciate the importance of the concept of the common carrier.

“The Master Switch” describes the concept of common carrier as part of common law.   In common law a common carrier is a ferry that carries people and cargo across a body of water.  That cargo can be as precise as the bits and bytes of today’s internet information.  As the owner of a ferry, especially if you are the only one in service, you could charge whatever price you want to carry a cargo of information.  Charge prices so high only the rich can afford the ferry.  Common law stands in opposition to that practice.  It says if a price is so high that it abridges access, you are wrong and liable to a suit for that illegal action.

Wu goes on to explain how in 1934 the Federal Communications Commission, aka FCC, was created to help control the flow of information first over radio waves and then the telecommunications industry.  Throughout the FCC’s life and its predecessor, the Federal Radio Commission, lobbyists and moneyed interests have attempted to influence decisions of the Commissions for the benefit of the few at the expense of the many.  Today that attempt at control is of the broadband access to the internet.

His history also includes the moguls of the movie industry.  The book maybe a bit too extensive though in its history of movie cartels and monopolies that have attempted to control access to the transmission of ideas in the production and distribution of movies.

As the shuttle, Google has blindsided the common carriers.  The common carriers have mistaken their cargo, which is information, for their ferry.  To control the bandwidth of information for a select few is to deny common access.  It is obvious why net-neutrality is supported by the likes of Google, Amazon.com, and Microsoft.  Technologies change.  At one time Western Union thought it controlled all information and was blindsided by Alexander Gram Bell’s telephone and the same is now about to happen to the likes of ATT&T and Comcast because Google, Amazon and Microsoft are but information gathers and use the common ferry to move their cargo.