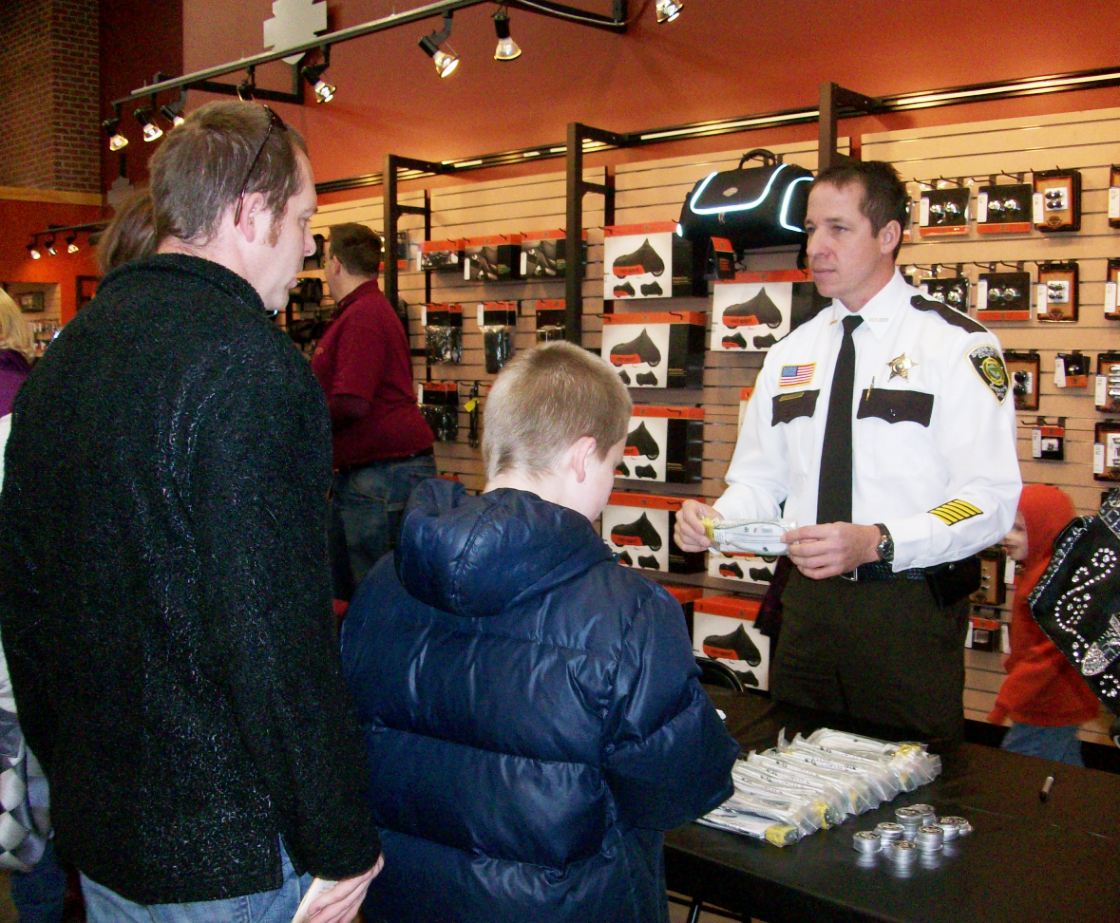 You’d think with all of the attention local media gives to baby shooters and to groups holding “gun violence summits,” that they’d clamor to report on a Twin Cities event focused on gun safety to which they were all invited, right? Apparently not.

The stated mission of the event:

To help educate and inform the community about permit-to-carry holders and Minnesota’s permit-to-carry law. To promote the safe and responsible ownership and use of firearms and provide education about firearm and personal safety practices and products for all.

From the Examiner.com article:

Despite contacting “about 65 individual reporters … from about 30 different media outlets …[n]ot one showed up or even printed/posted the information about” Saturday’s Minnesota Carry Day and Safety Education Expo in Elk River, the group Twin Cities Gun Owner and Carry Forum announced yesterday in a post-event recap.

That’s despite the event being actively supported by Sheriff Brott… The sheriff “had three of his deputies on hand at their info table talking to attendees about gun safety,” particularly about options available to gun owners with children.

By ignoring the expo, the media also ignored [two] “Gun Ownership 101 for Women” workshop[s], which [were each] “attended by about 30 women interested in connecting with resources designed to help women with all aspects of gun ownership.”

That seminar featured important contributions from expo co-organizer Gretchen Morris, a local businesswoman and a new gun owner who is currently going through the learning curve of training and getting a carry permit, and who wanted to share her experiences with other women who are considering following suit.

“We wanted to reach out to others in the community, especially women, who may be intimidated about seeking information,” Morris stated, because women represent one of the fastest-growing demographics of gun owners.

Why would Twin Cities media ignore an event focused on self defense and gun safety, and which was attended by close to 300 people including families and with at least 1/3 of the attendees being women?

“The fact that every media outlet in the Twin Cities ignored this important event focused on gun safety speaks volumes about their agenda, especially in light of the fact that every local media outlet gave coverage two weeks ago to our local gun grabber group (Protect Minnesota), that held a fake ‘gun violence summit,’ but excluded all of us from attending when we sent our RSVP’s.”

That the press would ignore an event devoted to safe gun ownership with special emphasis on keeping children safe puts to the lie the contention that those who would impose more restrictive gun laws do so with gun safety being their motivation. Here was an event put on by people with actual qualifications that was designed around the concept of true and informed gun safety, one that even had law enforcement support, and the press could (would) not be bothered to inform the public.

This, of course, is but one more in a long line of documented examples where the fiction of a supposedly unbiased press has been shown to be a myth, and worse, a fraud. Their undisguised anti-gun advocacy is what Vice President Joe Biden said he was counting on when he cited “legitimate news media” as being instrumental allies. These are the “professionals” Dianne Feinstein calls “real reporters,” and wants the federal government to afford special protections to.

In case you had any doubts, bias in media is alive and well in the Twin Cities.