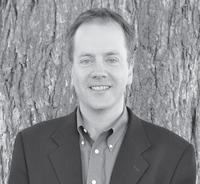 After serving as director of St. Stephen’s human services programs, and working on homeless issues for more than 22 years in several different organizations, Mikkel Beckmen was named the head of the Office of Homelessness in Hennepin County (including Heading Home Hennepin) on March 8. Last year, Beckmen told the TC Daily Planet:

“When I was a freshman in high school there were no homeless shelters in Minneapolis.  There were a couple skid row missions.  But it really is a recent phenomenon and it’s created through the mismatch of resources with housing availability.  That’s all it is.  It’s an easily solvable problem.  I mean yes, there’s a cost to everything.  But the cost of doing nothing is greater than the cost of trying to end this problem, which is our mission.”

Other recent coverage of homelessness: