Not every neighborhood has a 100-year-old red tile grain elevator. 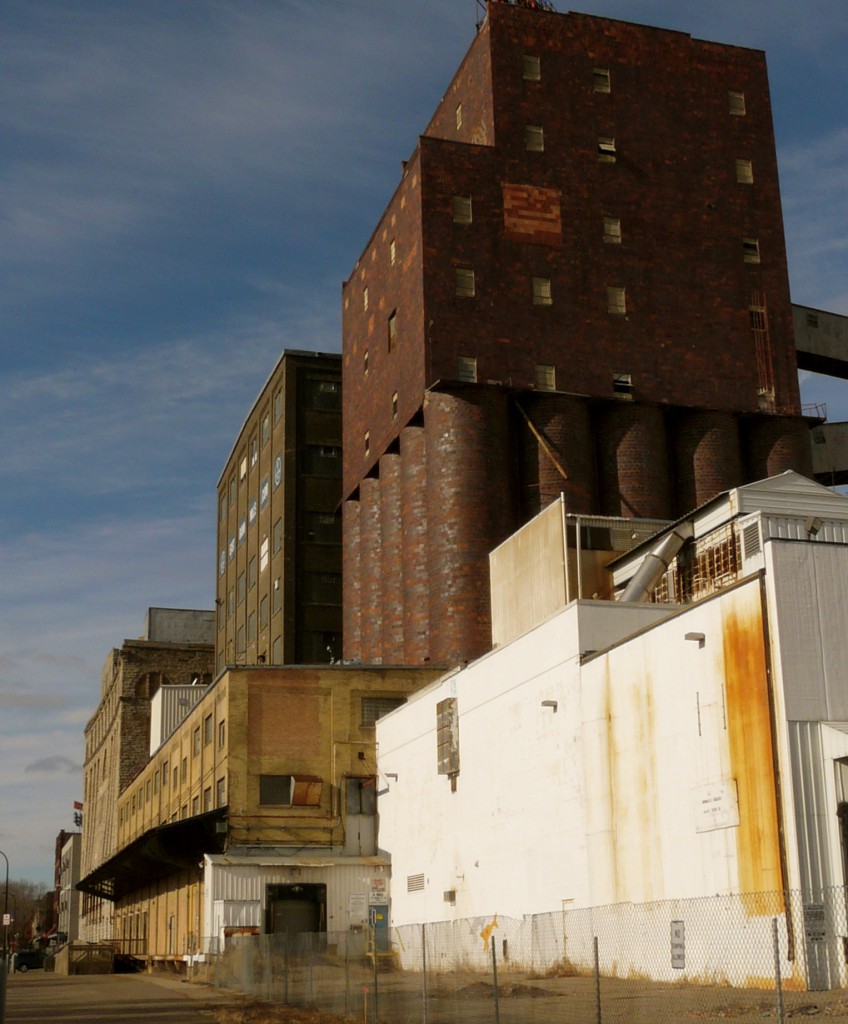 I’ve strolled past this Main Street landmark a million times and not really seen it. But in the right light and close up, those red tiles are very cool. 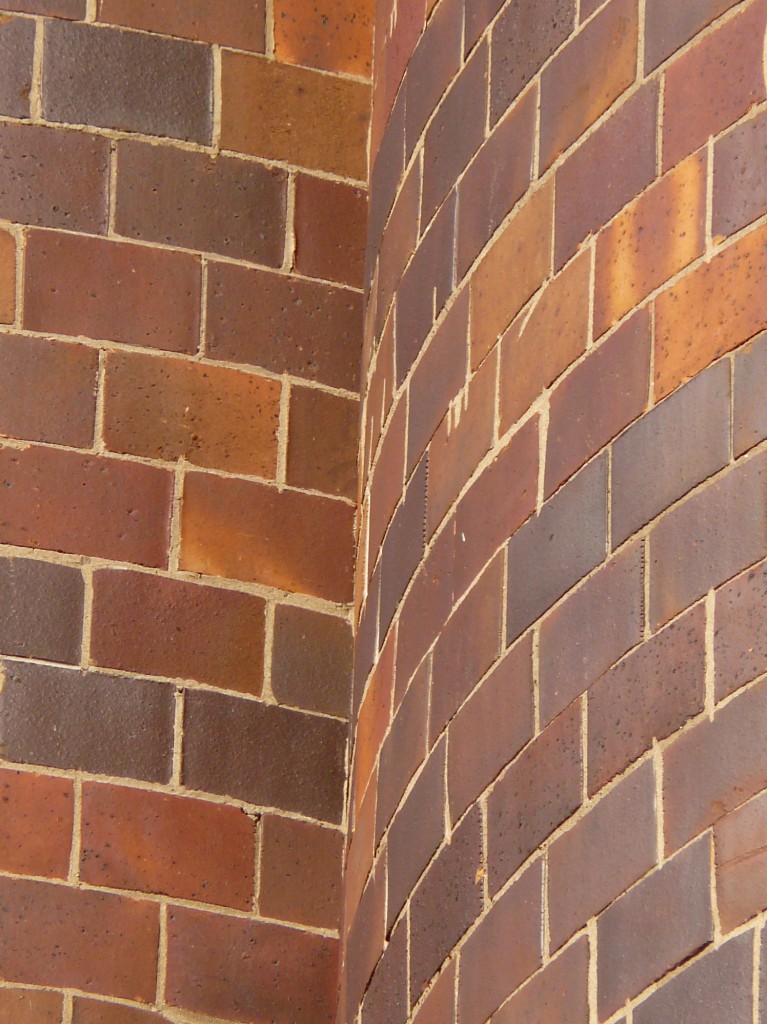 Much has been written about the historic Pillsbury A Mill and this elevator, but not much about those pretty red tiles. My geology-slanted mind wanted to know: Who made them? 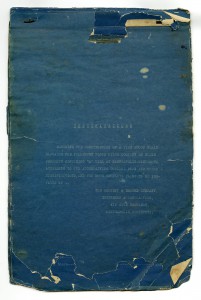 I asked professional historians, amateur historians, a developer, a tile-maker, historic brick aficionados, and a clay expert. Someone suggested I check the elevator’s construction specifications. I found a crumbling copy at the Minnesota Historical Society’s library.

I learned that the Pillsbury company hired Barnett and Record to build the grain elevator. But the specs said nothing about the tile-maker.

Someone else referred me to old issues of the American Elevator and Grain Trade journal. 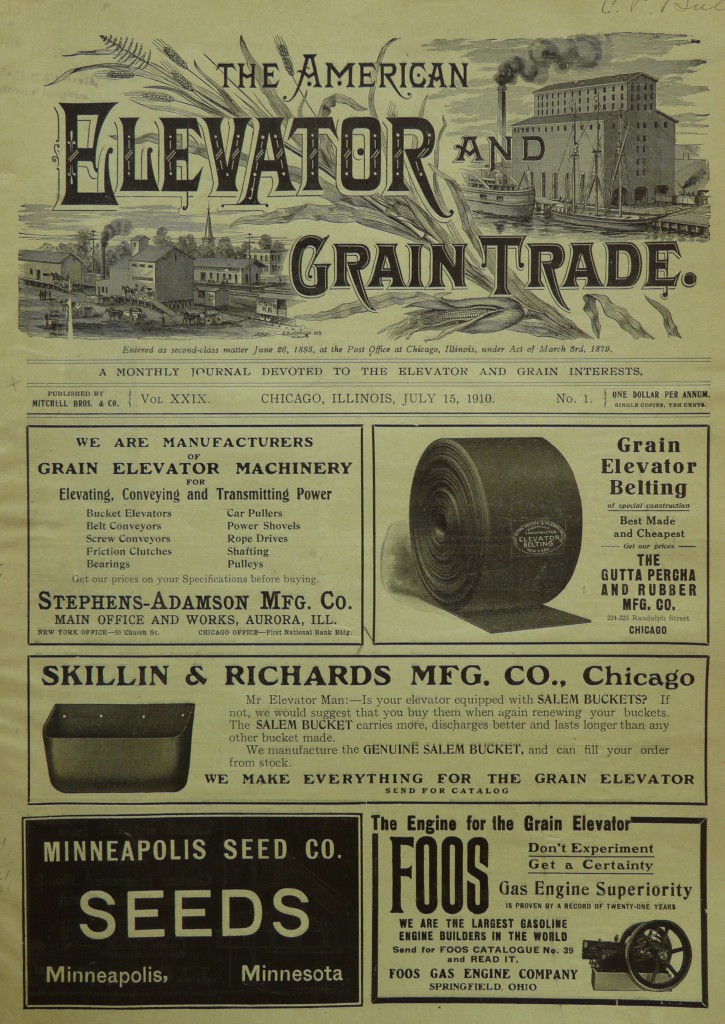 I learned that 100 years ago, editors were much more willing to describe the private, gruesome circumstances of a person’s death. The obituaries of millers in this trade journal made me flinch. But there was nothing about the Pillsbury tiles.

I discovered a lovely website devoted to the history of brick- and tile-making in Minnesota. The webmaster knows a lot about his subject, but not about this particular tile.

Finally, a University of Minnesota scientist, Larry Zanko, suggested a few possibilities including A. C. Ochs, a brick- and tile-maker from Springfield, a small town near New Ulm in southern Minnesota. The amazing thing about this company is that it still exists. It resides, appropriately enough, on East Rock Street.

The company has a slightly different name these days and it’s owned by a Texas company (and the very wealthy Warren Buffett), but Acme-Ochs Brick and Stone still digs clay out of the same clay deposit as it did way back in 1891.

In the old days, A. C. Ochs built some sturdy red tile silos in Midwestern farm country, and those tiles bear a strong resemblance to the Pillsbury tiles. 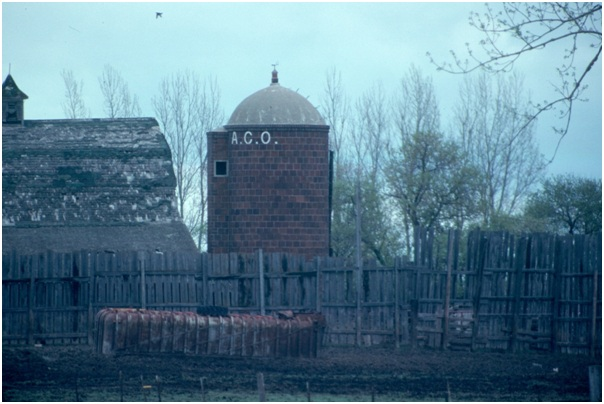 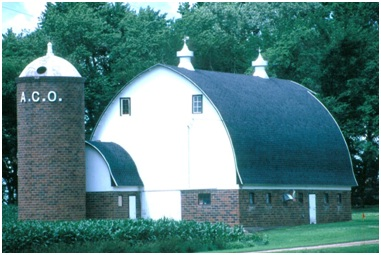 Phil Weller, the plant manager, told me that during the Depression, many of the company’s workers were farmers. They planted their crops in the spring, then worked at the brick company in the summer. The workers were paid in product credits, not cash. When a worker accumulated enough credits, the company would build a red tile silo  for his farm.

Ochs digs up clay that originally weathered out of ancient granite. The sediment sat at the bottom of a shallow sea (back when Minnesota was sloshy with seawater) for a long time. This clay is at least 65 million years old. Mr. Weller called it ‘fairly homogeneous.’ Smooth. This old clay is smooth.

As for the red color, I should have known. The clay is high in iron. The tile-maker didn’t have to add a fancy glaze when it fired these tiles. The clay turns from medium gray to several shades of red when it’s fired (or oxidized).

I can’t quite throw down the gauntlet and declare that A. C. Ochs was the tile-maker for the Pillsbury elevator on Main Street, but I can say it was very likely. Ochs made the brick for several University of Minnesota buildings at the time, so it was already doing plenty of business here in Minneapolis.

If anyone wants to disagree with me, they’ll have to show proof!

Next time you’re on the Minneapolis riverfront, stop and admire the transformation of plain gray mud into shiny red tiles that successfully contained tons of grain for decades. 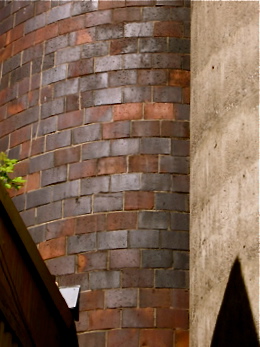 I’m grateful to these people for their generous help: Bob Frame, Kit Richardson, David Wiggins, Larry Zanko, Richard Ferrell, Mike and Paul Pieschel, Doris Weber, Phil Weller, Malcolm Tilberg, and Vince of mnbricks.com. And thanks, too, to the Minnesota Historical Society for permission to run the photo of the elevator’s construction specifications.