Last month, I declared that a southern Minnesota tile-maker, A. C. Ochs, had probably made the 100-year-old Pillsbury grain elevator’s distinctive red tiles. I had my reasons. 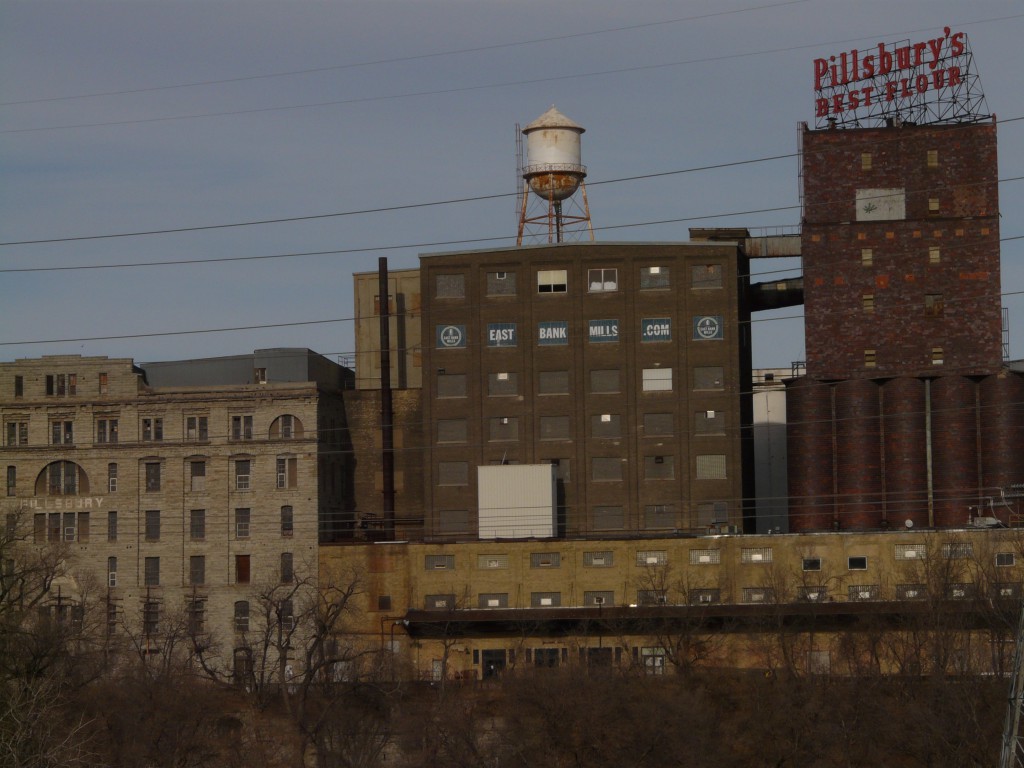 Turns out I was wrong.

The brains behind mnbricks.com, Vince Godon, wrote to me and said he thought the tile had been made by a different company, H. B. Camp of Greentown, Ohio. He had some indirect evidence. I wasn’t sure that was enough.

I searched and searched for written evidence linking H. B. Camp to the Pillsbury grain elevator. I even asked the historical society in Greentown to search on my behalf. No luck.

Meanwhile, Vince and I both discovered that H. B. Camp had sold out to the National Fire Proofing Company in Pittsburgh well before 1910, which is when the Pillsbury elevator was built by Barnett and Record, the contractor. The fire-resistant qualities of clay tile were a big selling point in those days. Wood silos and elevators had a tendency to go up in smoke.

My searches switched from H. B. Camp to Natco, short for National Fire Proofing Company. I asked the Internet in every way I could think of, and pretty please, but nothing jumped out. 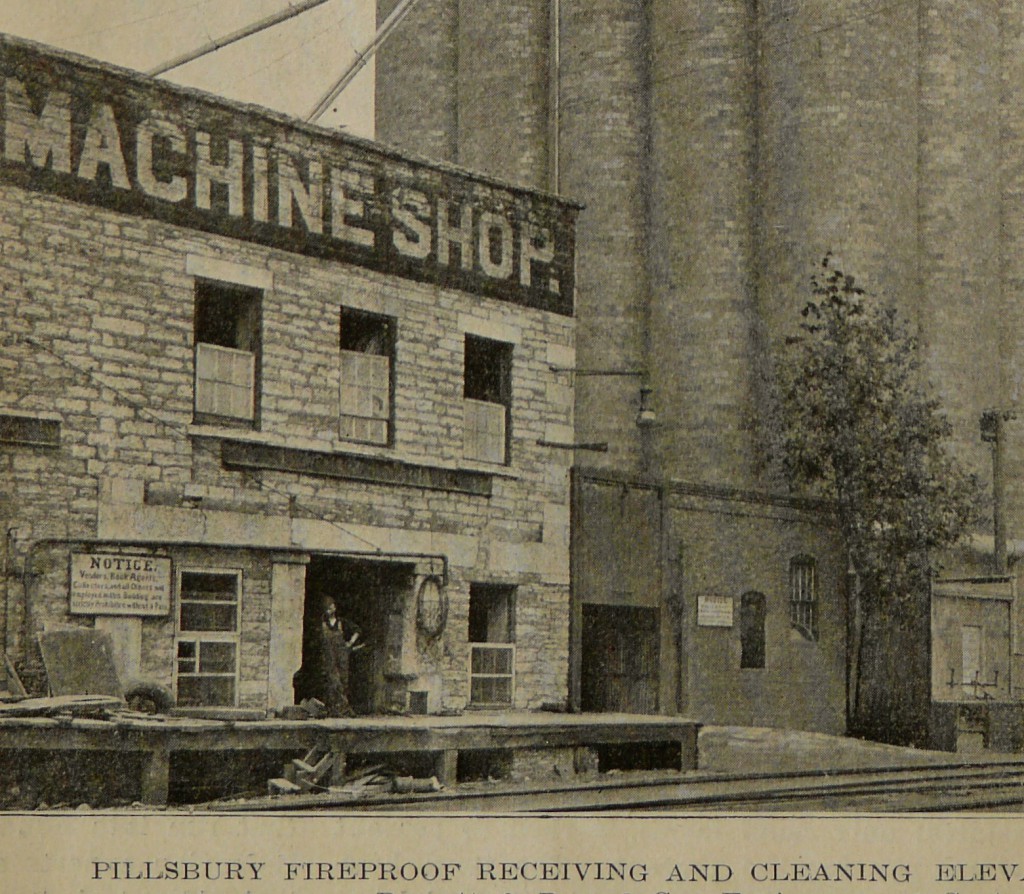 It wasn’t until I searched for ‘hollow tile’ that Google finally revealed a digitized trade journal published by the tile-maker itself. Hollow tile was the type of tile used to build grain elevators.

I learned from the March 1913 issue of the journal, Building Progress, that Natco’s plant in Illinois was making tile for Barnett and Record’s grain elevators in Minneapolis and elsewhere. And the November 1913 issue listed all the elevators and silos made with Natco tile since 1900.

This list is the ‘smoking gun’ evidence (albeit screen-grab blurry) linking my neighborhood grain elevator to a Pittsburgh tile-maker: 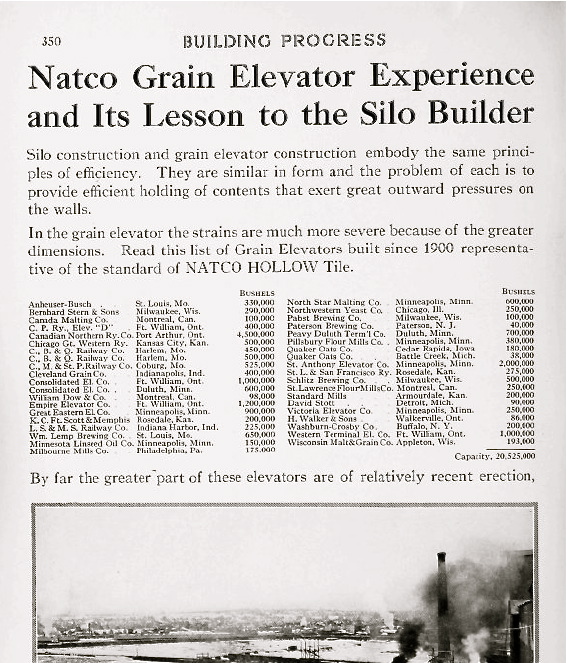 How can anybody be thrilled at nailing down the tile-maker for an old grain elevator? Maybe it was the thrill of the hunt. Or the fact that all of the people who usually know these things didn’t. Or maybe it was the fleeting nature of these tile elevators — they were soon surpassed by gray concrete elevators.

Whatever the reason, there’s something to be said for obsessing about obscure things now and then. It’s fun.

The image below is a stereographic photo of workers installing those pretty red tiles one layer at a time. The photo, now held by the Hennepin County Library, may have been taken by E. D. Mayo who worked for Barnett and Record.

Thanks to Vince Godon who obsessed along with me, and to Ian Stade with the Hennepin County Library for really speedy librarian work on my behalf.