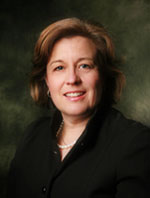 While Bluestem was considerably cheered up by the results of the elections earlier this month, we have been rather distressed by the quality-control problems being experienced by True North, Minnesota’s group home for conservative bloggers.

Yesterday, it was Rudy Takala’s post in which the Pine County Republican fretted that newly-selected Minnesota House Minority Leader Kurt Daudt’s unmarried status would be “risky,” especially after the hubbub created by the Amy Koch-Michael Brodkorb affair.

Fortunately, the post was removed, but discourse has sunk to new lows when a single guy known for sharing pictures of his totally ripped labs is thought to be a risk to the Republican Party.

It doesn’t getting any better today. St. Cloud area blogger Gary Gross segues from fretting about a federal Bureau of Land Management press release from Colorado to questioning the existence of Minnesota’s Environmental Quality Board.

UPDATE: Gross doubles down in Let’s eliminate the EQB, but doesn’t actually look at the board; rather, it’s a rant about the DFL and the governor’s ex-wife. [end update]

. . .At this point, you’re thinking ‘that stinks but at least that isn’t happening in my state’, right? Though the specifics in this article are changed, the goal remains the same:

The report recommends a revitalized EQB, with up to 10 staffers, more than double the current level.

Agriculture Commissioner Dave Fredrickson, chair of the EQB, said the environment will benefit if the board can plan ahead.

“They can look into the future and anticipate problems that we may hit head-on, so rather than react, we can as a board act on some of those important issues,” Fredrickson said.

He cited silica sand mining; the board has been asked to do a broad review called a Generic Environmental Impact Statement on that subject. If the board had more staff, it could proceed.

Why must the EQB exist? Here’s what the EQB is:

The Environmental Quality Board includes the heads of nine state agencies and four citizens.

Does Minnesota government need 9 different agencies to protect the environment? That isn’t likely. In fact, it’s exceptionally likely that most of those oversight agencies were created to placate environmentalists.

Whether the federal or state government is involved in the environment, the goal isn’t to protect the environment. It’s to limit people’s private property rights.

There’s no evidence that Gary Gross looked to see what those agencies are–or when they were created. He apparently saw the word “environmental” waved in front of his nose and charged in with some angry bull.

So what are these nine different agencies that Gross suspects were “created to placate environmentalists”?

Fortunately, the State of Minnesota maintains a website for the Environmental Quality Board so we can get to the bottom of this plot to limit people’s private property rights. Here are the agencies that Gross imagines were created to “placate” environmentalists:

As for the DNR: it promotes mining and timber, as well as habitat for Bambi and Thumper. Water and Soil Board? It has its origin in placating the Dust Bowl.

And who are those four dirty hippies from the private sector?

They’re all confirmed by the Minnesota State Senate, which keeps their application information online. Let’s go down the list. Three of the four were first appointed by that raging socialist, former Governor Pawlenty.

Goehring is a member of the Red River Basin Commission. Bluestem readers may have noticed some flooding in those parts. The natural resources issues in the basin are complicated by the fact that the river doesn’t stop at the Minnesota/North Dakota–Canadian border. Pretty cheeky of it, but water is like that. Goehring is a Pawlenty appointee.

Saxhaug, a Dayton appointee, started out in the private sector as a real estate appraiser, and moved into the public sector. He is now the Region 3 chief of land acquistion for the Fish and Wildlife Service. Think duck stamps and hunters.

Tomlinson is a Pawlenty appointee who works for SEH, full-service professional services firm comprised of 550 engineers, architects, planners, and scientists located in offices across the nation, providing expertise for municipalities and other government agencies with water needs. Gross might not like this, but those government agencies putting in wells and wastewater treatment plans actually do need to contract with folks who know how to make poop not stink so much–and to clean it before it the effluent heads to the river or groundwater. Tomlinson is a project hydrogeologist.

Our mission is to be an advocate for Minnesota’s vast food and agriculture industry by serving as a unified voice, engaging in government affairs efforts and promoting relationships with allied industries.

So what private property haters are praising the report? The Minnesota Public Radio article that Gross cites notes one:

On the environmental review process itself, the plan directs the EQB to educate and supervise local governments that lack experience in preparing environmental reviews and to provide more information for the public early in the life of a proposed project.

That directive wins praise from Tony Kwilas, director of environmental policy for the Minnesota Chamber of Commerce.

“The earlier citizen and public involvement, the better. Because then it will answer most of the questions that the citizens and public usually have,” Kwilas said. “Anytime we can involve the public and get citizen input earlier in the process, I think is a good thing.”

Kwilas is skeptical about one idea — that the EQB should create an electronic public portal to make all documents in environmental review and permitting easily accessible to the public. Kwilas said existing web pages work well enough.

An environmental lawyer wants the portal, but clearly, business groups aren’t crying for the elimination of this board. Indeed, the grumbling about the board that Bluestem does hear comes from environmental activists.

And that GEIS of the silica sand mining that Gross does include? That was Senator John Howe’s proposal. The Republican state senator from Red Wing was defeated in the swing district earlier this month, but concerns about industrial scale frac sand mining aren’t necesarily driven by the desire to restrict property rights. Rather, one major driver of citizen concern is rooted in mine neighbors’ worrying about their own property losing value.