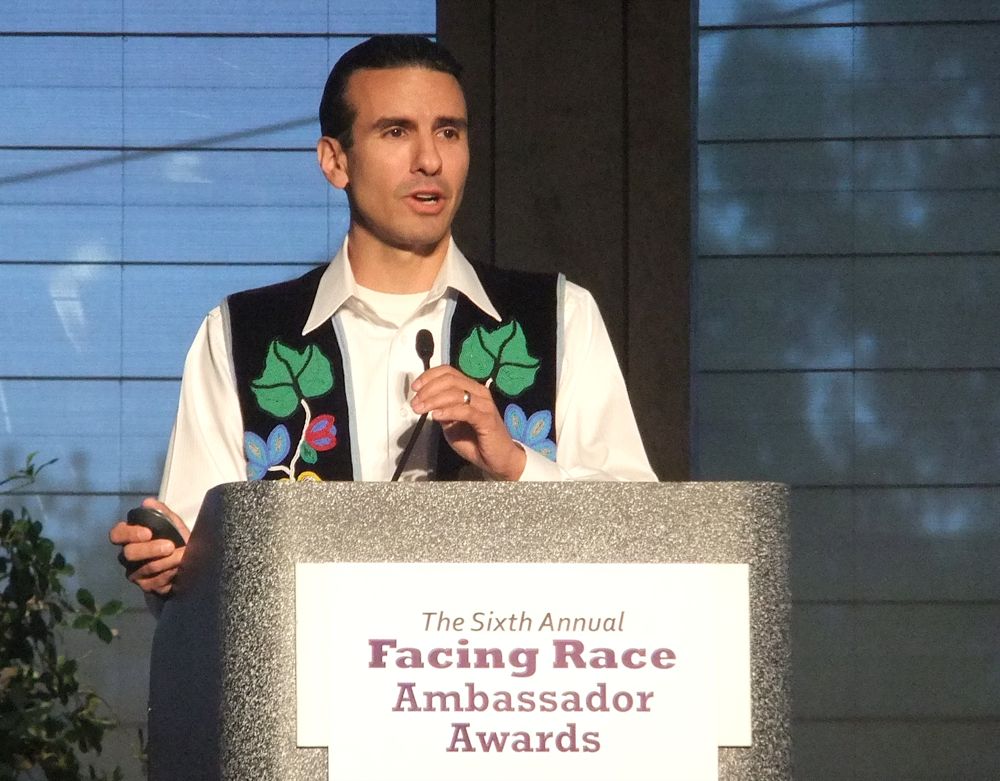 The smiles were broad and the drum beat insistent at the Crowne Plaza hotel in downtown St. Paul Monday evening, April 23. The Duniya Drum and Dance group, part of the opening performance for the sixth annual Facing Race Ambassador Awards, set an energetic tone. The crowd of about 600 people, many of them community leaders and activists, generated its own electricity as noted by keynote speaker, Dr. Anton Treuer, who said, “I get a lot of energy and a big battery charge from being around so many people who care so deeply and are working so hard, many devoting their entire lives, to addressing the issues of race and inequality and are working to make our country a better place.”

The evening awards are a project of the St. Paul Foundation. Those being celebrated included three honorable mentions:

Elizabeth A. Campbell who works as the emerging business inclusion coordinator for Ryan Companies US, Inc.; 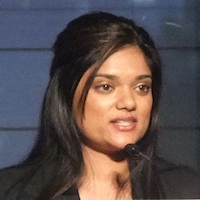 Taneeza S. Islam, Esq., a lawyer who works with the Center for American-Islamic Relations (CAIR), Minnesota Chapter and

T. Gregory Stavrou (below), the executive director for the Rochester Civic Theatre.

Carleen Rhodes, CEO and president of The St. Paul Foundation, welcomed the crowd and outlined the history of the Facing Race, We’re all in this together initiative. The goal is to end racism, manifest in gaps in wealth, justice and education, in Minnesota. The emphasis of the program is on encouraging conversations. Members of the audience were encouraged to start a conversation simply by greeting their neighbor in the audience. I found myself talking with Velma Korbel, director of the Minneapolis Department of Civil Rights.

Dr. Treuer provided a detailed history of the areas in which the nation has made progress and where there is still work to do. He noted the end to slavery and genocide and the gains in political and economic power for minorities. He also noted the slow growth of economic and attitudinal change.

For example, he called for an end to the use of Native American sports mascots. He mentioned a recent game between the University of Minnesota, Duluth Bull Dogs and the University of North Dakota Fighting Sioux. UMD fans were heard chanting “Smallpox blankets!” and “Slay the squaws!” Treuer asked, “Am I supposed to feel good about bringing my kids to that game?” 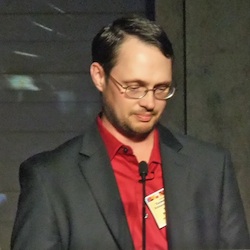 “Remember, too,” said Treuer, “people of any race and people of every race can be blind to the issues or tolerate and enable these institutions and problems to persist. The overwhelming majority of professional football players are black and increasingly large numbers of announcers and coaches are also black–and I’m still waiting for them to raise their voices.” The remark was met with applause.

Each of the honorees made short remarks and won warm applause from the audience. Steve Pederson, a white farmer from the Alexandria area, spoke about the important support of his family and the inspiration he finds to work against racism from his two adopted children, both African-American. In addition to growing soybeans and corn in central Minnesota, Pederson works as a consultant and organizer of workshops for organizations, colleges and universities on the subject of inclusion and diversity. 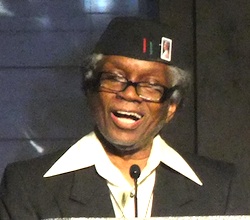 There was a special feeling in the room when Mahmoud El-Kati approached the podium. He has a long history in the Twin Cities as an educator and activist in the community. Age has not mellowed this fiery 75-year-old. He opened by saying how thankful he was–to everybody. He explained, “I am an unabashed communal communalist. I believe in sharing everything with other human beings. I am the direct opposite of the idea of individualism in human society, a guiding principle in America. I oppose it.” And yet, he went on, he was grateful for the recognition because, “in so honoring me you are saluting my fellow workers, associates and supporters. In short, the St. Paul Foundation is acknowledging my community– acknowledging the ‘hood.”