Last Wednesday, my sister Elsa took me to a funky little two-room nightclub, a “tej bayt” or “ honey wine house” that specializes in traditional Ethiopian music and dance. We arrived around 8:45 p.m. and tonight’s’ show was to start at 10:30. We found a perfect “Malcolm X type” position in the room. We had a clear unobstructed view of the entrance and could always see who came in and who left. We walked through the first room through an archway to the second room that held the bar and beyond that a short walk lead to the “shunta bayts” or toilets. Elsa and I sat right behind the DJ and owner of the club. Elsie knew him and they greeted one another warmly with a full embrace and the traditional three to four kisses from cheek to check.

The owner of the place is a man named Malaku. He was spinning disks, both LPs and 45s of traditional music. Although people who appeared to be a tribal mix of Ethiopians were clearly in the majority, there also appeared to be Europeans with Ethiopians and also Europeans who came alone in attendance. Three or four of the Europeans seemed to be there documenting the night with video and flash cameras for Malaku, but all of us both “ferengi” and home grown were there for a good show. My sister Elsa seemed to know quite a few people as she owns one of the most successful night clubs in Addis Ababa, known as the Black Rose. The description certainly fits her. I met Elsie not too long after I met and married her sister, so we have been relatives easily for about 40 years.

As I watched the room fill up, I was reminded of a bar in my home community back on the south side of Chicago called Simmons’s Lounge. My cousin Cheek’s step-dad, Jimmy White, was once part owner of this establishment on 95th and South Wentworth Avenue. Simmons’s had live music on the weekends. This was a place with long standing relationships that might have also reflected the various mix of church memberships in the neighborhood. People dropped in for “a taste”, some conversation, for fun, for therapy. Music is a healing force as powerful or at least something very similar to communion on Sunday in my opinion. Music transcends all kinds of boundaries and identities that can take one from the “Sweet Earth Flying” to the some distant constellations.

Listening to the music in this Ethiopian club, I noticed that much of it was an intoxicating mix of rhythms, riffs and chants that often incorporated call and response. Patrons would often sing along with phrases that they all seemed to know. It felt like there were familiar stories or proverbs that brought a vibrant unity in the room. Whenever I thought the rooms couldn’t hold any more, more kept coming and the room embraced us all with a warmth that beat back the chill of an Addis Ababa night. All the while the room vibrated with bass riffs and chants. The dancing was unbelievably athletic and creative. It was all very new to me, but also very familiar to me. Even with this tradition music, I could feel the spirits of John Coltrane and James Brown in the music that was resonating within my body. I really didn’t need to know the translation of the words, but I am sure that would have added so much more to my enjoyment.

I don’t know if it was publicized as an all-ages event, but there sure were children in the audience. For instance, there was a 2-year-old girl sitting across from us moving to the music. Right in the first row, front and center, before the performance area, was an 11-year-old boy whose body language was so strongly in engaged with the music and dance, I felt sure that at some point in his life he would be in this show or have a show of his own. The boy also seemed to know some of the performers like he had grown up with them as family friends or aunties and uncles. In African communities, at home or in the Diaspora, family friends frequently become ones’ aunties, uncles, grandmas or grandpas. 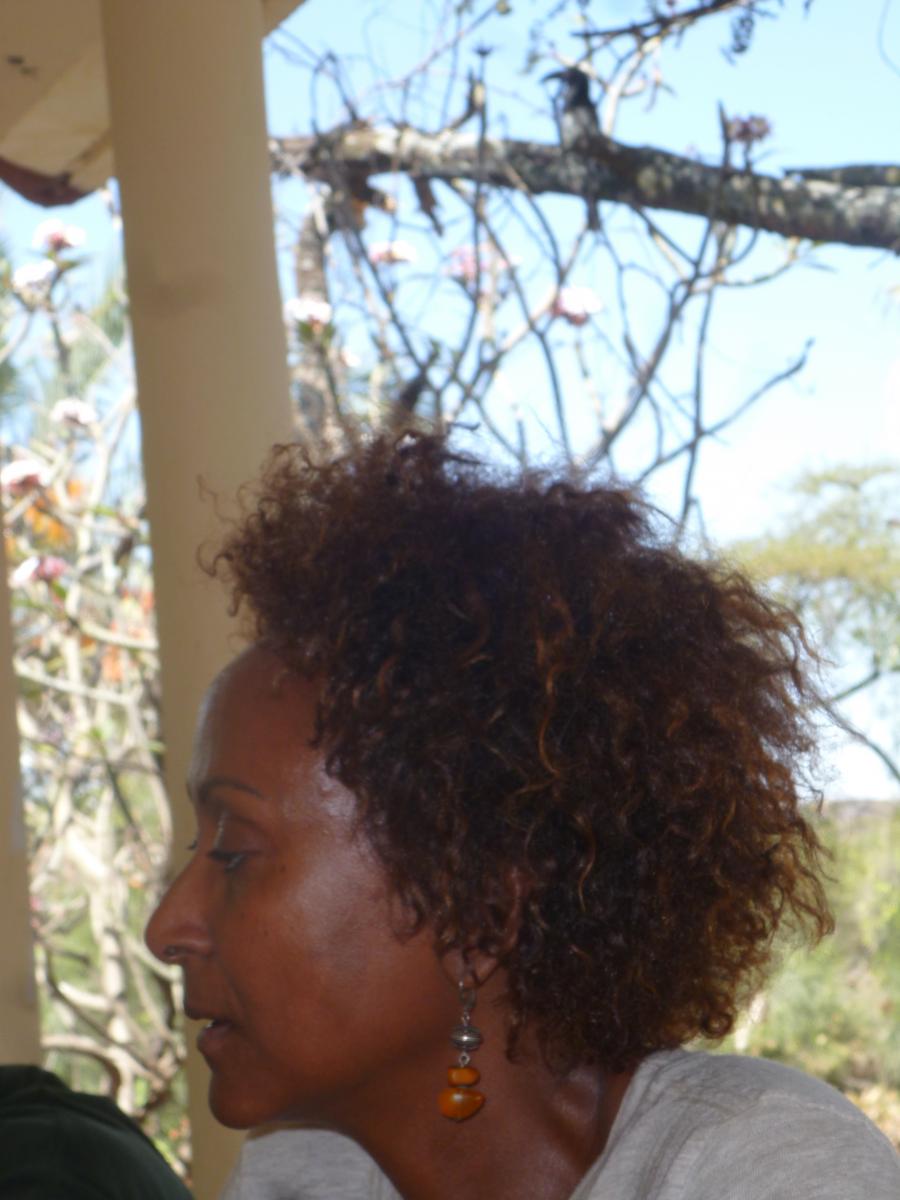 You could feel the tension and anticipation as we moved closer and closer to show time. And when the magic moment struck, almost without pause the show began like some out of this world musical caravan. It proved to be a constant rush of shifting rhythms, urgent pulsing, raving chants, call and response, as the audiences’ collective heartbeat and breathing blended with an all-encompassing living unity of audience, dancers, drummers, singers, musicians. The bands would change, the singers would change, but the dancers came and went with each morph of singers and musicians. The dancers in fact returned again and again with a costume change and new dance riffs. Count Basie’s spirit was here for sure.

In the middle of the show, an elderly woman came on in traditional clothing and sang one of the old, old songs of Zion I felt. She held the audience in the palm of her weathered, work-worn hands. We sang and swayed with her! Actually, “we was having church!”

I mean this was constant, non-stop, wave after wave of song and dance and just when you thought it couldn’t get any better than this, it did! Funky, “ancient” venue, distinctly Ethiopian, but it all had much in common with a show at the Apollo in New York City or Chicago’s Regal Theater in “the old days” from the 30s to the 60s. I felt I was experiencing the same performance values of what made a good show in Harlem or in Chicago’s Bronzeville. The show was tight, nothing sloppy of second rate. The audience and performers were one…no separation. I was far from “home”, but I was very much “at home”.

The evening ended with performers and as many audience members as could find room, singing and dancing together. I will never forget when Malaku picked up the 11-year old boy and danced joyfully about with the youth in his arms in the crush of sweating celebrants, happy feet, happy hearts!