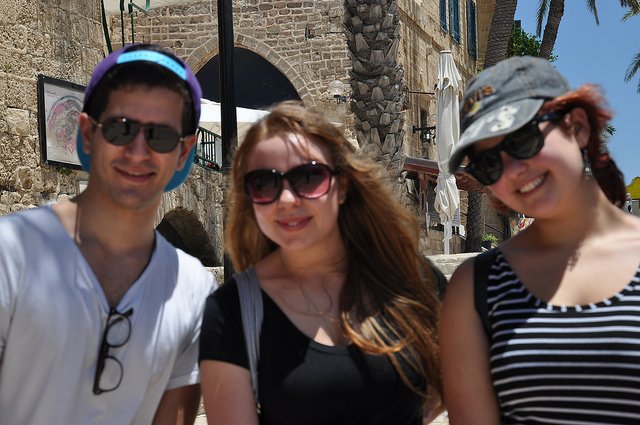 I just finished reading the Pew Survey summary on how many Jews (especially younger ones) are no longer identifying Jewishly. I am trying to decide how much identifying I did in my twenties (none at all, or very little) though I went to my parents’ seders and lit candles for Hanukkah.

Oddly enough, my son’s dad and I met at an audition in New York and one of the first things he asked me was, “Are you Jewish?” I’m still not really sure why he asked. But he did, we got together, got married and had a son who is now determined to become a cantor (like his dad).

What does this mean for him and for his future? Are there really less young people who identify Jewishly or are they just, well… young and not identifying with any religion? How many twenty-somethings go to church, anyway? And don’t most people start going to a church or synagogue when they start having young children?

Or… maybe there’s less of them around too. I don’t know and didn’t have time to research it before writing this. All of it makes me think of my thirteenth year when I was supposed to be bat mitzvah, and didn’t get one.

I’m still not sure if it was because of too much religion or not enough. I went to an Orthodox day school which, at the time, did not believe in bat mitzvahs for girls. I left before starting seventh grade because my mother felt the English side of things was slipping. I then went to junior high at a public school in my neighborhood with kids who had come up in a more secular culture—and many were having bat mitzvahs.

My parents, on the other hand, had no interest in this coming-of-age ritual once I left my Jewish school. So one by one, I watched other girls who were not particularly interested in Hebrew or Judaism becoming bat mitzvah. Their celebrations may have been great; but as a newbie and a stranger in a strange land, I was not invited to very many of them.

Would I have preferred to have one? What I really wanted was to go back to my old school and be with my old Jewish classmates. I didn’t want the party or the celebration; what I wanted were the everyday rituals and prayers, the Sukkah, the Hebrew jokes and everything that made my first school feel like “home.”

Meeting my son’s dad brought me back to that home in unexpected ways. I had not met anyone who identified Jewishly since my last year of day school, when I was eleven years old. It was like stepping out into the sun after long years of being in a cave; but until I met him, I had no idea I even missed it. We didn’t stay married, but the feeling stayed—because when I married again, I brought my customs with me.

But if you don’t miss what you don’t know, why are you here today? You must be stopping by here for some reason, whether you know it or not. Is it because you are Jewish or know someone Jewish? Because you want to know more? Or just for companionship’s sake—to feel like you’re not so alone in the larger, mostly secular world?

I struggle daily with being a Jew. On holidays with friends I feel on top of the world. I love being with people who share my Jewish heritage, culture, rituals (and of course food). On other days I think, it’s so hard! It’s hard to be kosher, it’s hard to keep Shabbat, it’s hard to say all these prayers in Hebrew (so many of them, so much of the time). And I fall short. And shorter.

Someone once said to me when speaking of Jewish life in Germany during the Nazi era, “What does it matter whether people thought of themselves as Jewish or practiced Jewishly then? They were killed for being Jewish. So if nothing else makes you a Jew…”

Well, yes. Right. (Clears throat.) But I’d like to have more positive reasons to identify. So here’s my (partial) list, incomplete as it is:

That’s not to say that it’s easy. You know it’s not. You know that being Jewish takes a lot of support, discipline, commitment and sometimes waaaay more money than it should. I’m not happy about that and I don’t know what to do about it.

I have had Christian friends who said they envied Jews for the beauty and richness of Jewish culture and religion. I wish I could ask them to explain that to other Jews, who don’t seem to notice it at all. But I can’t. 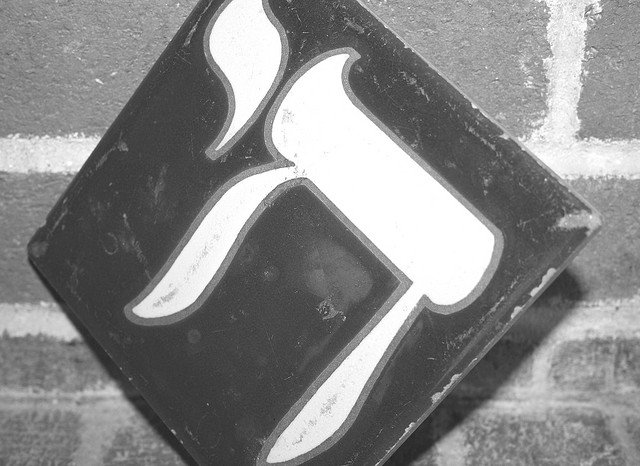 I do know I’d miss my heritage and tradition if it wasn’t here. I feel lucky to have had the chance to raise a son Jewishly and to have learned more than I would have known otherwise. I don’t know what to say to anyone else who is not Jewishly inclined. But I do know this:

There’s a very rich tapestry out there (in here) with a cultural stew that may not be as eternal as some of us might want to think. You won’t miss it if you don’t know about it. But a part of you will be missing. I know it would for me.

Like someone saying they would never want to see a foreign country, or fall in love or have a child or build a house or go sailing… you can live just fine without all these things but then there’s always a part of you on the sidelines. Isn’t there? A part that you aren’t using or experiencing. So then what happens? And where does that part of you go (or not go?)

Where, Jewishly? Where at all?