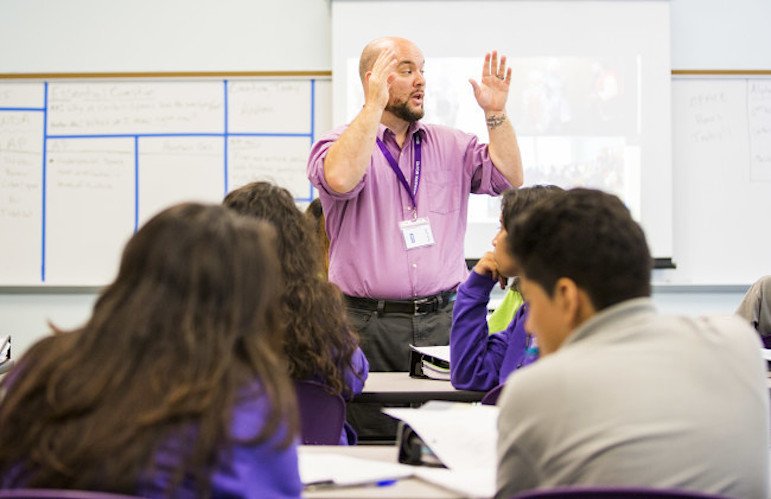 Ryan Williams-Virden (center) is an educator and hip hop performer based in Minneapolis.

The first thing I was taught about race was that it didn’t matter. Like so many others I was taught to ignore the color of a person’s skin and to judge people on the “content of their character.” This was the extent of my racial formation. This color-ignorance became the dominant approach after the Civil Rights movement, and has only gained steam in the supposedly post-racial world the election of Barack Obama ushered in.

The problem with color-ignorance is that it erases the reality of racism and leaves white folks incapable of understanding the experiences of people of color, and therefore incapable of contributing to justice in meaningful ways. Nothing illustrates this inability better than the phenomenon of respectability and what it signifies depending on your race.

Still, at her parents’ home, Stacie knew she was not in a space to process the wave of emotions that were hitting her at that time. See, despite having said all the right things Stacie’s parents lived the segregated reality that so many white folks live. Living in our bubbles, race becomes an artifact of the past. It becomes a problem we pat ourselves on the back for solving. We simply do not engage with it, and have actively built communities devoid of it. In fact, for us, too often the respectable thing is to avoid conversations about race all together so as to not make folks uncomfortable.

“I went upstairs and played with my nephew.” Nielsen-Bortel said, “I knew I couldn’t talk to anybody [in my family] about this.”

An old coworker messaged me after I wrote about #Justice4Jamar. He wanted me to know that Jamar was no angel. He proceeded to explain to me how he was “down” for the cause but had hesitations about this case. Jamar wasn’t worthy in his eyes.  This was an oft-repeated refrain from white folks in the wake of Jamar Clark’s killing and subsequent Fourth Precinct shutdown. Even Hennepin County Attorney Mark Freeman relied on the worn out trope of the dangerous and wild black man who can only be dealt with through deadly force. Mike Brown in Ferguson, Tamir Rice in Cleveland, Trayvon Martin in Sanford. All young black men who were somehow endowed with superhuman strength and malicious will in the imagination of white police (or pseudo-police) officers. Never mind that they were children. Never mind that they were no threat at all. They were wearing the wrong clothes. They were using the wrong words. They had the audacity to expect respect. There is that word again: respect.

While white parents are busy embedding the avoidance of race into their children, families of color, specifically black families, are busy trying to figure out what respect looks like to whites. Everything they thought to this point has failed: going to college didn’t save Jonathan Ferrell; complying with orders didn’t stop a Bay Area Rapid Transit police officer from shooting Oscar Grant in the back while he was handcuffed; working hard for your family didn’t save Alton Sterling or Eric Gardner; and speaking properly didn’t make Philando Castile bullet proof. How did we become so afraid of blackness?

From Fox News to the White House, respectability is the order of the day. We actually entertain the idea that Tamir Rice could have done something – anything – in the less-than-two seconds it took the police to shoot him which would justify his death. We will talk about Jamar Clark’s hands in his pockets as if that is a universal sign of imminent danger. We will scrutinize age, height and weight as if the bullets that struck those bodies cared. And we will work relentlessly to come up with some way that Freddie Gray broke his own neck. All of this because we are isolated and afraid. It is so much easier, so much nicer, especially here in Minnesota, to believe in meritocracy – as if Minneapolis isn’t the second worst city for black people in the country, as if Minneapolis doesn’t have the greatest disparities between whites and people of color in the country. It is neither polite nor respectable, to bring up such things.

Thinking about why her own family’s house, a family that had seemingly taught her to accept people of color, was not a safe place to discuss the police killing an unarmed black man Nielsen-Bortel said, “they never interacted with people of color. Never.”

This isolation is at the heart of how respectability manifests differently for white folks and people of color. For white folks, because we live under white supremacy, respectability is really, simply, about manners–certainly not a matter of whether we deserve to be alive. 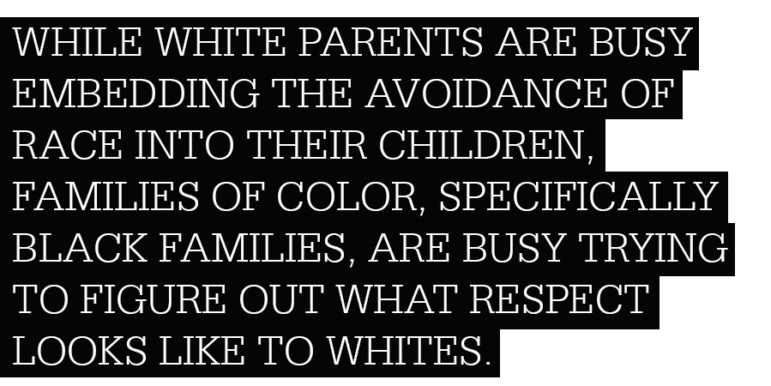 Nielsen-Bortel said, “If someone isn’t polite and respectful to you it’s ‘what the hell is wrong with that person,’ and that is white privilege in my daily life that I wouldn’t ever know about if I didn’t compare stories.”

Nicole Cooley, a white mother and educator in Minneapolis, talked about how important these interactions across lines of difference are, but added an important caveat. Cooley highlighted the importance of being open to the experiences of others and understanding it is not always an easy journey. She said we have to find our own self-interest in connecting with others and then be intentional about doing so.

When asked about her own motivations Cooley credits a “desire to not live in delusion” especially since she “work[s] in a place where I see brown and black faces every day. I can’t not have those conversations.” She pointed out it is “easier to say ‘oh my gosh can you believe another black man was shot,’” than to truly listen with the purpose of understanding somebody else’s lived reality.

As I write this two more hashtags are trending on Twitter. Two more unarmed black men have been shot and killed by the police. Keith Scott was shot while reading in his car. Terence Crutcher’s car had broken down and somehow he ended up dead. His death was caught on tape. The video footage from the helicopter, hundreds of feet above the scene, contains audio of an officer saying Terence Crutcher looks like a “bad dude.” A man, literally hundreds of feet from the scene with no way to hear or truly see what’s going on, imagined that Crutcher was dangerous. Let that sink it. Crutcher was a “bad dude.” Not a father. Not a son. Not a brother.

Still, folks are wondering “what he did.” Nobody is asking what the officer did. Nobody wonders what’s wrong with police, why can’t they stop killing black people. And when police are killed, like in Dallas, presidents eulogize them and call them heroes. But when communities are in the throes of grief and demanding an end to this campaign of genocide in the only ways that seem to get people’s attention –  athletes kneeling for the national anthem or burning down a gas station – white folks are quick to critique the lack of civility, lack of respect with which people respond to the system’s brutality.

It is time to change the conversation white families are having. We need to move from color-ignorance to color-consciousness. Let us tell the truth about racism in our society. Let’s tell the truth about the $2 trillion to $4 trillion of wealth that was stolen from Africans via slavery. Let’s be honest that the largest government assistance program for working people, FDR’s New Deal, led to the creation of the modern suburb and ghetto by limiting FHA loans to white families. Let’s talk about redlining and Wells Fargo in the 21st Century. Let’s be clear that according to a study by the National Bureau of Economic Research white sounding names on resumes are 50 percent more likely to receive a call back.  Let’s talk about the findings of the Malcolm X Grassroots Organization’s study Operation Ghetto Storm which found an unarmed black person is killed by the state once every 28 hours.

Our conversations need to start acknowledging that race matters. Respectability, for white folks, needs to look like initiating conversations about whiteness. We need to reject the Minnesota Nice mentality that encourages us to avoid conflict and start making our parents, cousins, aunts, uncles, coworkers and friends uncomfortable. This can and must happen at dinner tables, on walks, in the car, in the break room everywhere we find ourselves indulging the myth that race doesn’t matter. We can do this with compassion. We must do this with compassion.

As Cooley pointed out it is a struggle but, “struggle is part of the process. If you are not struggling you are not doing it.”