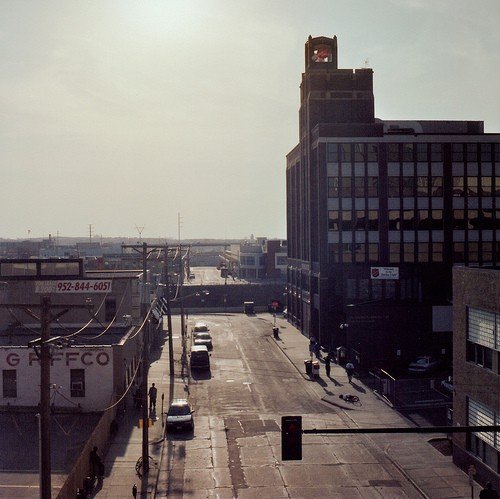 I start quite deliberately with the scare quotes above because it is one of my primary objectives here to articulate my discomfort with the way the term “homelessness” is conventionally used. I will argue that it is a crude and inadequately descriptive piece of shorthand that we use when we really mean visible urban poverty. I believe that our reliance on this euphemism reflects a general and problematic queasiness about confronting the real experiences of the poorest members of our community. At the same time, it diminishes our capacity to understand and adequately address the problems we are trying to describe.

The Twin Cities metro area, and especially Hennepin County, offers some of the best services for homeless people available anywhere in the United States. The combination of our brutal winter climate and our somewhat unique social and political history has made our metro, perhaps paradoxically, one of the safest places to live without a permanent address. The shelters are over-crowded and under-resourced like they are everywhere, but there is a relatively low threshold for access to high-quality health care, including mental and chemical health support. In the “land of 10,000 non-profits” there is a complicated but robust patchwork of outreach and case management services, and there are dozens of transitional and supportive housing programs.

In fact, in the national discourse about homeless policy, the metro is among a handful that are considered to be truly pioneering. For example, “Heading Home Hennepin”, the 10-year plan to end homelessness put together by the joint Minneapolis/Hennepin County Office to End Homelessness (OEH), served as a model for similar projects all over the country and influenced the creation of the United States Interagency on Homelessness’s “Opening Doors” plan.

But It’s Not Working…

I honestly don’t think that can be considered a controversial assertion, even though nobody ever says it. We are in year nine of the ten-year plan, and the OEH’s own most recent reportis pretty damning. The report strains to remain optimistic, pointing out (legitimately) that the middle half of the plan’s appointed decade was spent in the worst economic crisis since the depression. The report focuses on priority programs for targeted sub-populations like youth or veterans, and calls for renewed commitment to addressing the lack of affordable and accessible housing units, which is the most obvious material obstacle to measurable progress. The failure of the plan certainly cannot be blamed on the people at the OEH, who are smart and extraordinarily dedicated, but resource-strapped (though policy administrators at other cities look at us with envy for having such an office at all) and increasingly working under pressures to implement HUD-mandated standards on a system that is largely made up of dozens of private contractors that are not used to being regulated. And, after all, the plan’s stated goal of “ending homelessness” was absurd and impossible to begin with. The absurdity of the goal begins to reveal itself, I think, if we give a quick moment of thought to what we actually mean when we talk about homeless people. Much of the time, as is made clear by theDowntown Council’s DT2025 Plan’s more precise goal of ending “street homelessness” (the plan’s own ingenious coinage), we mean panhandlers. We mean people who are hanging out in commercial spaces, but don’t seem to be working or spending money; or in non-commercial public spaces, but don’t seem to be taking a break from working or spending money. I encourage you to pay attention to just how often people casually describe encounters with a “homeless person” when the speakers have absolutely no idea whether the person they are describing is sleeping in shelter, on the street, in a tent, on a friend’s couch, or in his or her own apartment.

Perhaps more damning, I encourage you to consider the many encounters most of us who spend time downtown have every day with people who are staying in shelter, but who are not legible as such because the people in question are wearing clean clothes and are just going about their business trying to get to school or work, or standing in line in front of us for a cup of coffee, or serving us the coffee.

Then again, we don’t even know whether the people who are staying in shelter or the streets are homeless, at least according to the official guidelines for determining eligibility for subsidized housing. Those guidelines (which vary according to branch and level of government) require people to have been living outside or in shelter for a certain length of time before they are considered homeless, and a shocking number of people are just trying to survive for a few more months in the system so they can make the mark and get on this or that waiting list that is only open to certified homeless people. Access to those lists, however, almost always also requires a medically diagnosed disability. We are careful, therefore, to understand bona fide homelessness as a pathological condition rather than an economic one (which also keeps homeless people who aren’t working from driving the unemployment rate up).

Of course, when we talk about homeless people we often do mean people whose histories include mental illness, as well as psychological or physical trauma experienced in childhood, in military service or in encounters with police; precarious immigration status; injury experienced while working formally or  informally; chemical dependency; brain injury; foreclosure and/or default on consumer or student debt; medical debt accumulated with no or insufficient insurance; untreated medical conditions left so because of perceived or real lack of access to care; long term unemployment brought on or reinforced by felony criminal backgrounds; displacement by war or natural disaster; skyrocketing rent in the aggressively gentrifying city, and – not to be ignored or exaggerated – conscious or unconscious choice. We mean, in most cases, people who are products of multi-generational poverty, limited education and employment opportunities, a racialized drug war, and the disappearance of pathways for blue-collar access to the middle class. We mean people who, after hustling to make ends meet in minimum-wage jobs and temporary service gigs with almost no security, get derailed by a sudden shift change that doesn’t align with their child-care obligations or an unexpected expense, and find themselves backed into a choice between self-identifying as disabled in order to get access to the bare minimum of public assistance or losing their housing and entering a shelter system where their determination to keep on working bars them from eligibility for that same assistance.

I plan to delve into many of these specific examples in future posts. For now, though, I submit the simple observation that there is a false note to plans designed to address “homelessness”, which we allow to stand in for so much, without addressing the many difficult structural inequities of which “homelessness” – in both its most literal and its most euphemistic sense – is a symptom. Such plans articulate the problem of poverty not from the perspective of the poor, but rather from the perspective of those who are bothered by their presence. We absolutely need to think seriously about how to alleviate the public housing logjam that has been getting some recent attention by streets.mn contributors andother journalists, and to find ways to build affordable units that are actually affordable for people with severely limited resources. Thinking about affordable housing’s relationship to minimum and fair-wage requirements is an important step.

But we also need to think about what it might mean to create a city where public space is truly public, and to insist on the rights of poor people to be present in, and benefit from, the urban commons. (I am buoyed by efforts from Minneapolis city council members to repeal regressive laws designed to make it easier for police to move undesirables out of public places.) And we have to ask ourselves whether it is truly possible to integrate the kinds of deep structural changes it would take to “end homelessness” into current development agendas.

I think the answer is no, and that we will have a better shot at making those agendas more just and our policy efforts to address the way people experience poverty more effective if we take the time to unpack what we mean when we talk about homelessness and homeless services. That’s what I hope to do with this series. Postscript: I am particularly excited to have this conversation here, among people who think seriously and specifically about the way cities are built, work, and are managed. I expect that some of what I am going to suggest will be provocative, but I am going to strive to provide enough context for my provocations that you will find these posts informative even if you disagree. I plan to talk about current and past development projects, get into the weeds a little bit about specific legislation and regulation at the federal and state level, and engage with both the content and underlying methods of mapping and data practices that inform policy. There are streets.mn readers and contributors, I have no doubt, who know more about all of these things than I do, and I sincerely hope that you will keep me honest and help make this a useful exercise for all of us.