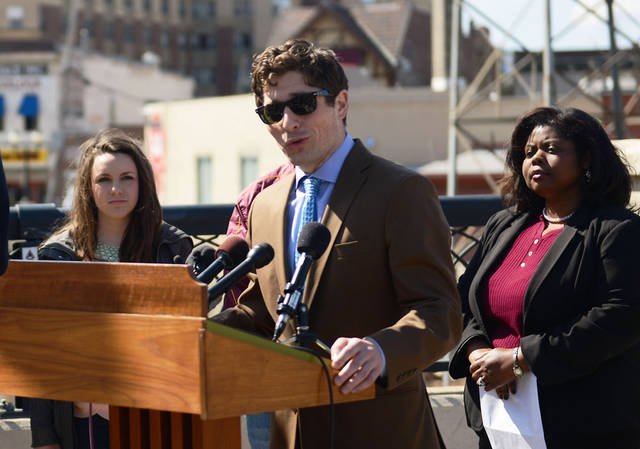 Jacob Frey has already made a noticeable mark on Minneapolis and the University of Minnesota, even though he’s been a City Council member for less than four months.

Frey, who as Ward 3 City Councilman represents neighborhoods around the University, took office in January and said his new role has strengthened the city’s ties with the institution.

This budding relationship is new and beneficial for the two stakeholders, he said. Although the partnership existed before, Frey said his time in office has deepened the connection, and University officials agree.

University community relations director Jan Morlock said she talks with Frey’s office at least once a week about how the city and the University can work together more effectively — by increasing collaboration between University and Minneapolis police departments, for example.

“There’s a realization by the city and the University that they’ve got to work together on a problem that affects both of them,” said Humphrey School of Public Affairs political science professor Larry Jacobs.

Frey said he was pleased with how the city and University law enforcement officials responded to the incident, but he noted that hockey fans can celebrate without “beating the hell out of property.”

Development in the University area is another issue on Frey’s radar.

The Venue, a new Dinkytown apartment complex, is set to open by fall 2014. Frey said he’s watching that project closely.

“Dinkytown is hot,” he said. “There are developers who are chomping at the bit to do some impressive projects.”

Frey fills one of the city’s three seats on the University District Alliance, a group of city, University and community leaders that meets to discuss the needs of campus-area neighborhoods.

University-relevant transportation projects are also surfacing on the city level, including the light rail launching June 14.

Once it opens, Frey said, the easy commute will make jobs downtown more attractive to students.

The University area will see more changes this summer in preparation for the Minnesota Vikings’ arrival in the fall. The team will play at TCF Bank Stadium, which Frey said will benefit local businesses.

Beyond the University, Frey has focused on desegregating neighborhoods by revamping city regulations to allow for a mix of housing stock.

He’s also had a hand in financing a downtown park, changing city code to allow ridesharing companies to operate in Minneapolis and securing funds for a new school in the North Loop neighborhood.

“I think Jacob brings a spirit of engagement,” Morlock said. “It’s a good sign for [the University’s] future partnership work with the city.”

The learning curve for new City Council members is steep, Jacobs said, adding that some new council members are struggling to reconcile the promises they made on the campaign trail.

Seven of the 13 members were elected this year, and many are new to holding public office.

“I see this as really an adjustment period,” Jacobs said, calling it “spring training.”

New members have to get up to speed with current city projects, he said, which could potentially reverse plans that have been unfolding for years with informal city approval.

For example, the 2014 City Council denied Doran Companies a permit to demolish properties in Dinkytown, which Jacobs said affects the long-term plans of stakeholders involved.

“Now [developers] are pretty confused,” he said. “They don’t really know where the City Council is going.”

Ward 5 City Councilman Blong Yang, who’s also in his first year on the council, said it takes time to learn city government and how to work effectively with city departments.

Learning quickly is part of the job, Frey said, and despite the challenge, the rewards outweigh the struggle.

“It’s been an absolute whirlwind,” he said.