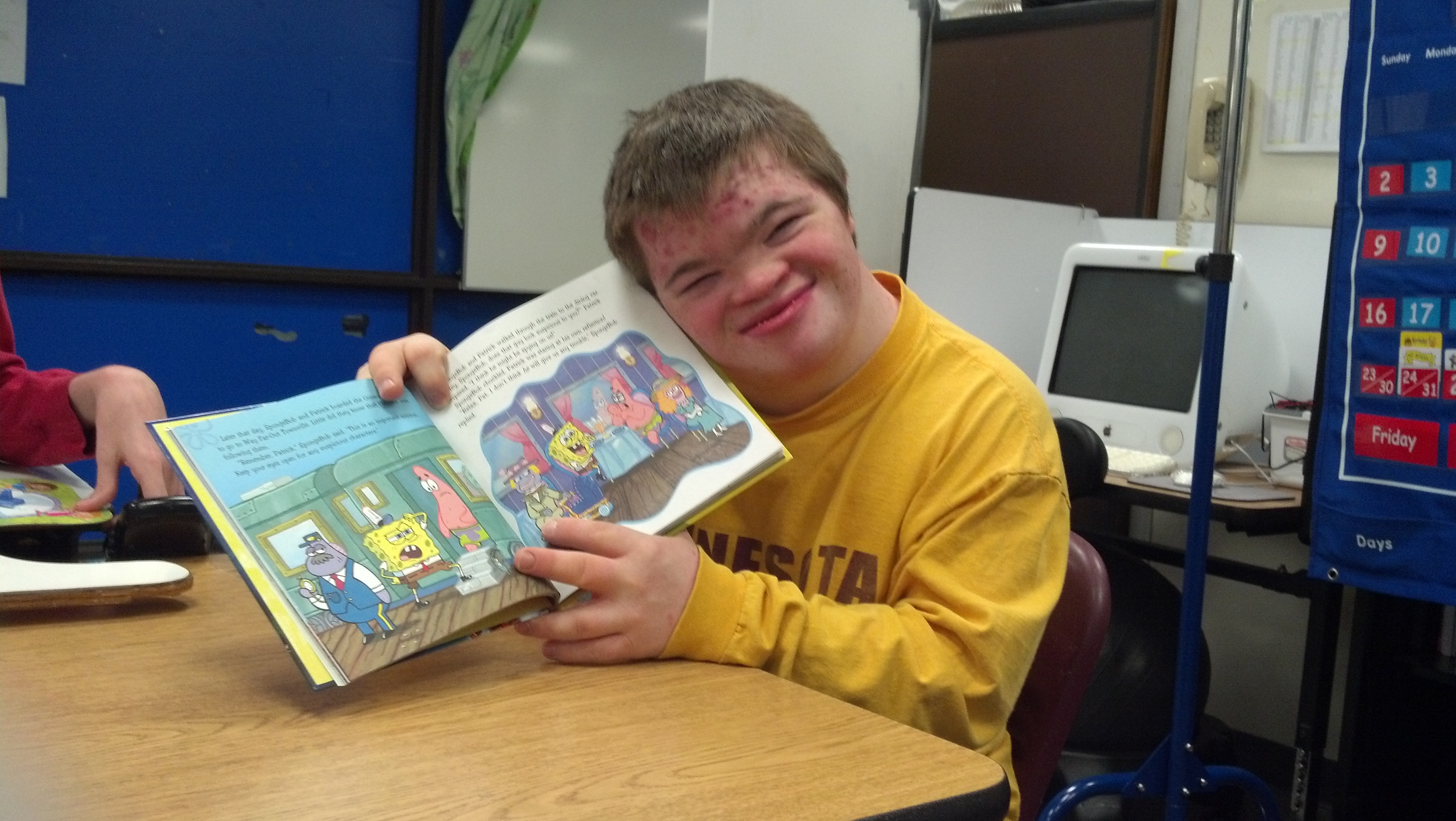 Every spring at St. Paul’s Bridge View school for students with significant special needs, teacher Rachel Peulen spends two to three weeks administering a test that she knows will tell her next to nothing about her students.

On most days, Peulen’s middle schoolers each work on activities designed to meet their particular needs. One student works on remembering classmates’ names. Another practices recognizing flashcards inscribed with simple words. Her most advanced students do simple arithmetic.

This article is part of a series, Testing: Who wins, who loses with high stakes, standardized testing in Minnesota schools

But over three weeks, Peulen takes each student out of the classroom for up to an hour-and-a-half, so she can ask them to compare fractions, find the slope of a line and identify the main idea of a story. With no additional staff to assist her, paraprofessionals take over the class.

“[A] big thing for this population is the parents—when you have a parent that comes in basically crying because the test is making their kid look so low,” Peulen said. “I have to explain to them that this is not the picture of your child.”

That standardized test scores flatten the incredible variety of circumstances kids bring to school is something that all teachers recognize, but the problem is amplified in special education programs.

For students in special education, the potential is greater for the test to mislabel an excelling student as failing. Among special education teachers, a perception of the MCA tests as being irrelevant to instruction runs strong.

Last year, Minnesota applied for and won a No Child Left Behind waiver, which created a new system for scoring the successes and shortcomings of schools.

The federal government requires that the new system leave in place the foundational element of the NCLB legislation: the test. Minnesota’s new system uses a different equation to rank schools, but it still relies on scores from a standardized test, and one does not accurately reflect the achievement of all students. 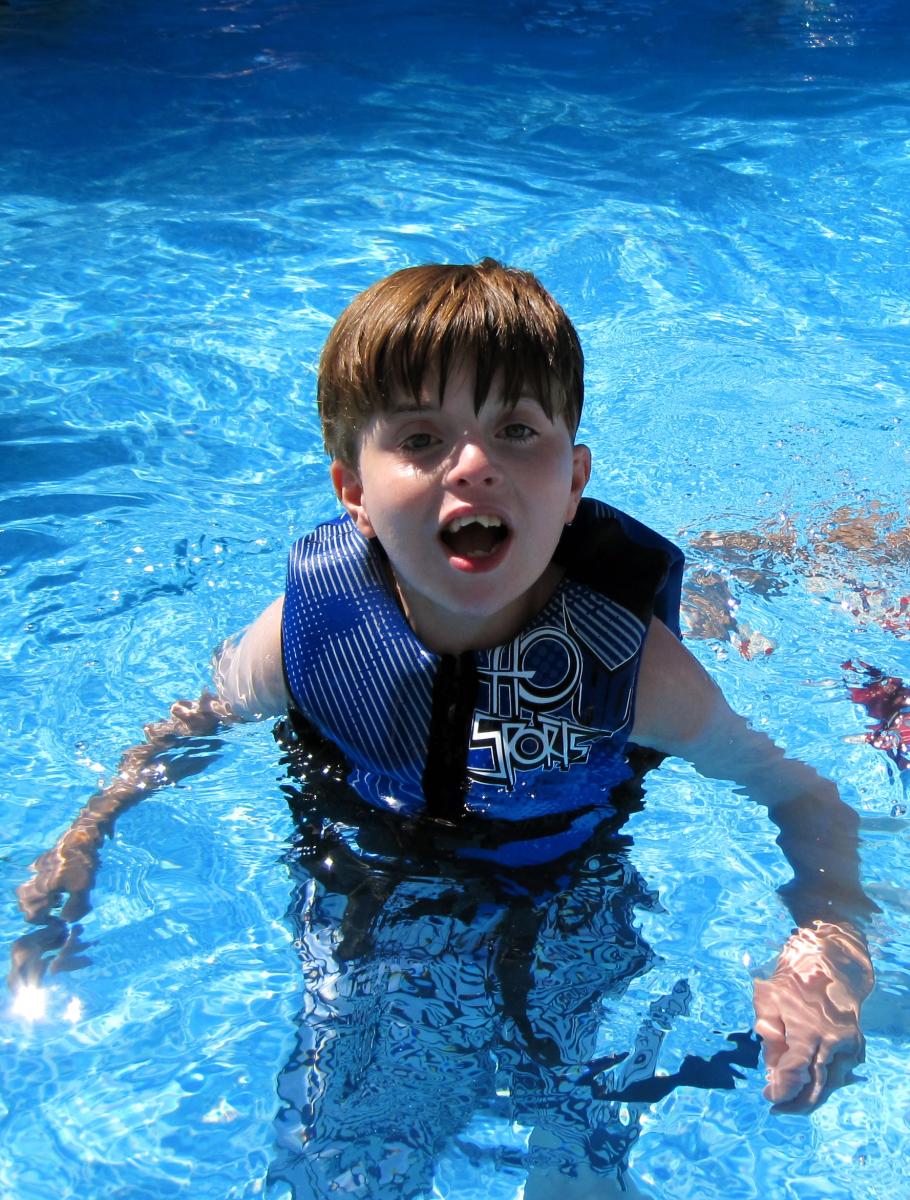 He said the test scores cause pain in many parents he knows that have children with significant special needs. It’s something that was discussed at a recent Bridge View site council meeting. “For parents it’s just one more slap in the face,” he said. “It hurts a lot of parents to hear this information when it’s something we already know.”

What is the test for?

“My understanding of what standardized tests like this are really for is to make some kind of normative comparison about how are our students, in general, doing compared to other district students,” said Minneapolis special education director Ann Casey. “They provide a little information about strengths and gaps but not a lot.”

That’s a tricky gap to close. Students in special education fall across a very broad spectrum, ranging from kids with mild learning disabilities to kids with significant physical impairments. Some students’ disabilities will prevent them from ever performing well on a traditional standardized test.

Although most students in special education take the same MCA tests as everyone else, teachers and parents can also choose an alternative test for a student with a disability.

The MTAS is the version students at Bridge View take. A teacher has to administer the test one-on-one. Students respond to questions in whatever way works best for them. Some respond only with eye-gaze.

Teachers can use objects, visuals and other items to help students understand questions.

Still, the MTAS tests the same grade-level standards that the traditional test does. That renders some test questions meaningless for Peulen’s students.

The other alternative is the MCA-modified. Compared to the MTAS, the differences between the MCA and the MCA-modified are minor. Passages on the reading section are broken into smaller pieces. Students choose between three options instead of four.

But to the disappointment of some district leaders, the federal government is requiring that the MCA-modified go away in 2014. Some policymakers want to move away from using alternative tests and move towards one test that would accurately assess any student.

Filling in bubbles is not the way Andrea Schatzman and Joy Fehring’s students show what they know.

Their students are part of Benjamin E. Mays elementary school’s autism program. They learn math with objects they can see and touch. Images help them comprehend what they read. They spend class time learning how to make friends and how to behave appropriately.

“We don’t teach them to fill in little bubbles,” Schatzman said. “They need more of the spatial, visual, tactile things.”

The MTAS uses those types of things. Schatzman and Fehring say it allows their students to show what they know more effectively than the traditional MCA.

Last year half their students took the MCA anyway.

There’s a cap on the number of students who can take the MTAS. Policymakers don’t want schools to be able to inflate their scores by inappropriately assigning kids easier tests.

Anyway, the MTAS still doesn’t protect against the anxiety some students with autism feel when they’re removed from their routine. And it doesn’t test the social and living skills that will ultimately determine how independent those students will become.

“I’ve had parents say, ‘I don’t think this is reflective at all,’” Schatzman said.

A step towards more equity?

Minneapolis Public schools’ lead teacher for developmental and cognitive disabilities programs, Nolan Murphy, said some good has come out of testing students with disabilities: more than ever, special education teachers are aligning their lessons with those of their grade-level general education peers.

“If you look back in special education history, a lot of students were either completely excluded from schools or, if they were included in schools, they were in separate wings, separate departments,” he said.

Now, although a student in a developmental and cognitive disabilities classroom might not learn how to calculate the distance to the sun, they’d at least learn that it’s a long ways away.

But like anything else in education, what works for most kids doesn’t work for every kid. It’s frustrating to Shepperd that his son Matthew has to spend class time learning to communicate via eye-gaze whether he understands the who/what/where/when and why of a story. That’s time that could be spent on activities that would help him become more independent.

“My son has learned how to hold a spoon on his own to feed himself, and it’s something that’s taken years,” Shepperd said. Matthew is now able to walk stably across an uneven surface. “He doesn’t have to hold my hand when we’re walking through the grocery store. Those are real gains and something that we can proud of.”