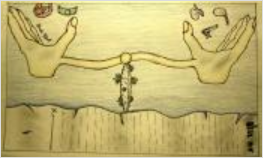 With votes considered unthinkable a decade ago, residents of Colorado and Washington are free to breathe in new freedoms thanks to the legalization of marijuana last November — a first in the United States.

The statewide referendums weren’t close, either. In Colorado, it passed 55 percent to 45 percent. In Washington, the margin was slightly larger.

Though medical marijuana use is legal in 18 states and the District of Columbia, recreational legalization of pot in two states marks an important moment for the pro-cannabis movement.

Could Minnesota inhale the same momentum and contemplate a trip of its own in 2013? Marijuana advocates hope so.

“The plan would be to support a (medical marijuana) initiative first … and get a bill passed for those who are sick and dying right now,” said Kurtis Hanna, the newly appointed executive director of Minnesota NORML (National Organization for the Reform of Marijuana Laws), a grassroots group that favors legalizing marijuana use.

“Then we can move to focusing on the recreational aspect … probably for 2016.”

One major roadblock? Gov. Mark Dayton says he wouldn’t approve such a change without support from law enforcement officials.

At a January meeting for Minnesota NORML, about 30 people — mostly 40-to-50-year-old men, including one wearing a shirt with the slogan, “God grows it, I smoke it” — gathered at the Black Forest Inn in Minneapolis to elect new officials, discuss strategies and collect donations. The group, part of a national organization that has several locally-run NORML chapters, boasts about 2,500 members in Minnesota, Hanna said.

Though Minnesota NORML’s ultimate goal is to spur passage of medical and recreational use legislation statewide, Hanna understands that “smaller steps will increase our chances.”

The organization is focused on building public support for a proposal to amend the city charter of Minneapolis. The goal, Hanna said, is for police to make marijuana its lowest crime priority or remove city penalties for minor possession.

At the state level, Minnesota NORML is supporting Minnesotans for Compassionate Care, a coalition of organizations, medical professionals, patients and citizens who favor medical marijuana use.

“We’re hoping in 2014 to get the medical marijuana bill passed,” Hanna said. “And then six months after that, every single state legislator and the governor are all up for re-election. So our goal is to be highly organized, to have a political action committee, have a lot of money, and to be able to influence the upcoming legislative and gubernatorial election.”

In Minnesota, the path will likely “mimic Colorado,” Hanna said, which first passed a medical marijuana bill in 2000. However, even as public opinion polls continue to show support for pro-marijuana legislation — as much as 58 percent of registered U.S. voters surveyed by Public Policy Polling of North Carolina — some Minnesota legislators remain unconvinced.

A notable part of any new medical marijuana proposal is that its use would be limited to a list of specific diagnoses or illnesses, for example Post-Traumatic Stress Disorder, HIV/AIDS and various forms of cancer, said Heather Azzi, director of Minnesotans for Compassionate Care. Regulation would also require that qualified patients receive an ID card.

“I felt that it was unjust for our laws to threaten the family of a person suffering and fighting for their life with criminal penalties for doing nothing more than what the patient’s doctor recommended,” said Azzi, an attorney who has also helped draft legislation with the Marijuana Policy Project, a national lobbying group.

As for legislative and law enforcement support, Azzi said she’s optimistic about a medical marijuana bill passing the Minnesota Legislature in 2014. Information about the proposed bill will be released in the coming weeks, she said.

Citing widespread use of alcohol by U.S. teens even though it’s illegal for anyone under 21, she believes the same result would happen if marijuana gets legalized on any level. As for medical use, Falkowski said that Marinol, an oral medication derived from THC, the active ingredient in marijuana, could legally be prescribed to treat nausea, vomiting and loss of appetite in cancer and HIV patients.

“I see no pros that can outweigh the cons,” said Falkowski, a former drug abuse strategy officer who has given professional workshops on drug prevention in the United States, Canada, Mexico and Europe, along with testimony to U.S. Congressional committees.

“Using it affects learning and cognition and emotional development. (Underage users) in treatment for marijuana use are not there due to its legal status, but due to the fact that it is an addictive drug.”

Hanna has a different appreciation for the “marijuana experience.” He views 2013 as crucial for gathering support as legislative and public opinion battles take shape over the next four years.

“Not only is it a civil injustice — and I’m definitely a large proponent of personal liberties — I firmly believe we should have the freedom to do to one’s body what we will and maintain a right to privacy. But I also believe in a moral judgment,” Hanna said. “It’s beneficial for humans to have the experience of cannabis. I truly believe that it leads to more empathy, more understanding, more mindfulness and a desire to have a more comprehensive understanding of unity.”