As state lawmakers head into the final week of the legislative session, few revenue options have appeared in any of the final drafts of Omnibus bills, other than a controversial racino gambling proposal.

Governor Mark Dayton’s proposal to raise taxes on Minnesota’s top tier earners has been glaringly absent from any of the bills so far. GOP lawmakers have shunned the idea, calling it a “job killing tax.”

YESTERDAY — Part 1: If we tax them, will they flee?

Early in the session, Speaker of the House Kurt Zellers wrote to constituents that “These tax increases will fall disproportionately on job creators. Approximately 92 percent of small businesses pay their taxes through the individual income tax.”

Zellers statement was quickly called out as false by MPR’s PoliGraph analysis, but the “job killing tax” rhetoric has lingered on. Which begs the question – in the sea of lobbyists at the state capitol, who truly speaks for small business?

The Minnesota Chamber of Commerce describes itself as “the most aggressive lobbying organization at the capitol representing Minnesota businesses on a variety of issues,” and has openly opposed taxing the state’s wealthiest.

“Minnesota already has one of the most progressive tax systems in the country, and certainly one of the top marginal rates in the country,” said Tom Hesse, vice president of government affairs for the Chamber.  “If you do increase that [tax] burden, you make the state less competitive compared to other states around the country. That will, in the long run, have a negative impact on job creation, and on investment into the state.”

When asked if the Chamber represents small business interests, Hesse said yes, and that approximately 70-80 percent of its members are companies with less than 100 employees.

Majority of small businesses would be unaffected by tax increase 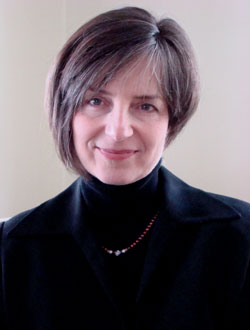 Sharon Sudman, owner of Image Spigot, says she’s getting tired of the complaints over Minnesota’s tax rates, and points to a time in our not so distant past, when rates were much, much higher.

“My father was a corporate executive during the 1960s and 70s. I don’t know if people remember, but the top marginal tax rate back then was 70 to 90 percent. People who were really wealthy, paid a lot of taxes. Nobody seems to remember that now when they complain that Minnesota’s top marginal rate is too high,” she said.

In the past 12 years, the state has seen numerous tax cuts for top earners and businesses, with the argument that jobs will follow. Today, the state faces a whopping $5 billion deficit, and the last decade has experienced scant job growth.

“The hole that we have in our budget is just about exactly the size of the tax cut that the very wealthy got,” Sudman said.

She believes that the state is overdue for rebuilding its crumbling infrastructure, and worries that growing disinvestment in public structures will be more problematic for business owners than higher taxes.

“To be a business, you need infrastructure to function, and if you don’t have them, and you refuse to fund them, then bridges fall down. You’re operating on a shoe-string, instead of with the assurance that the infrastructure is going to support you as your business grows,” Sudman said

“We’re so used to the investments of the 1950s, and how they made us so secure. Well those were public investments, and people took them seriously, and I think both conservatives and liberals saw the value in that,” she added.

While she’s seriously considered it, Sudman says she hasn’t become a member of the Minnesota Chamber of Commerce, because it seems that the organization’s policies are guided by large corporate interests. She also feels that they shouldn’t be in the business of running highly partisan, attack advertisements during political campaigns.

“It’s really unfortunate, because every year I consider a membership to the Chamber, and every year I look at what they’re doing politically,” said Sudman. “Even though, on the ground, their programming is really nice – they have business forums, networking opportunities, and great events to attend. But I just can’t join, I can’t allow my money to go towards that kind of corruption of the political process.”

That’s why she joined the Metro Independent Business Alliance, or MetroIBA, which formed in 2005 as a way for area small businesses to have the voice they felt they didn’t have anywhere else, and to promote local, independent business.

The organization has not taken a formal position on Dayton’s proposed top tier taxes, but executive director Mary Hamel invited Twin Cities Daily Planet to speak with its members during their annual meeting to get their individual perspectives.

Nancy Breymeier, owner of Strategic Financial Group, says she doesn’t think the tax increases would affect a majority of small business owners, because after deductions, their taxable income won’t put them in that tax bracket.

“And in reality, if they want to bypass taxes, they reinvest in their business,” she said.

And as far as touting them as job creators, Breymeier points out that businesses don’t add employees to be kind – they add them to help their bottom line.

Breymeier’s been doing financial planning since 1986, and she’s enjoyed a handful of years that would have pushed her into that top tier.

“But when I actually made that amount of money, I paid less in taxes then when I made less – and that just didn’t seem right,” she said.

Breymeier looks at taxes as another essential bill to pay – like electricity or water.

“It’s amazing to think about what I get for how little I pay – roads that get my clients to me, plowing in the winter, schools to educate the future workforce.”

Tim Mendenwaldt, with Metro Payroll, on the other hand, doesn’t support the concept of taxing the rich, and says he believes in the trickle down theory.

“I don’t mind paying taxes – I just want to pay as little as is legally possible,” he said.

Dave Schneider, president of Zap Water Technology doesn’t fancy himself a political type, and says he doesn’t really have any strong feelings against the idea of a tax increase.

“I know that if I am paying more taxes, it means I am making more money. I work hard, I take care of my responsibilities, I pay my taxes – so I don’t really have a strong opinion one way or the other on the proposed tax,” said Schneider.

YESTERDAY — Part 1: If we tax them, will they flee?