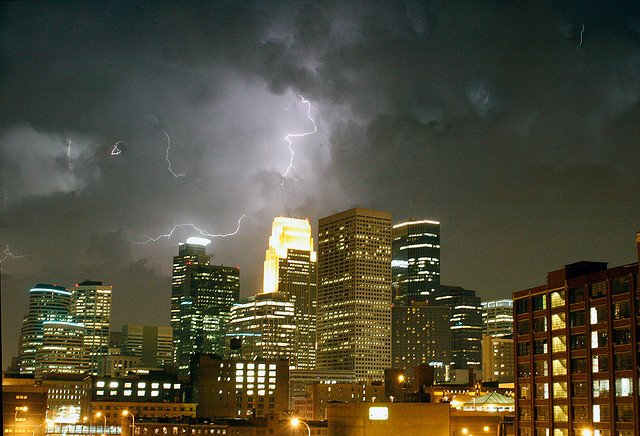 If you’re anything like me, you’re seeing daily headlines about climate change and the catastrophic consequences. When you see another article about species extinction, or sea level rise, or increasingly severe storms, do you stop and click through, or do you wince and scroll quickly down the page in favor of cat videos or that new Marcel the Shell video?

A few years ago I began to really feel anxiety around climate change. Each article or paper about what might happen if the earth warmed by a few degrees gnawed at the pit of my stomach and I felt paralyzed by rage and fear about being robbed of my future. I felt anger towards older generations for handing over a precariously positioned planet. Every so often I would have sleepless nights and moments of panic and helplessness.

But something shifted after that intense storm we had in Minnesota in the summer of 2013. When the dark clouds rolled in and the wind began ripping trees apart, I huddled under my covers and darted to the window every half hour to see whether my car had been smashed. When the storm moved on and the lights came back on (eventually), I was shaken and saddened by all the trees pulled up by their roots and cars and houses destroyed by fallen limbs.

But something odd happened: I felt a sense of relief.

Climate change was here and now, producing the superstorms that had long been promised. Somehow, once I accepted that climate change was already here and not a far-off menacing specter, the sense of paralysis and helplessness lifted. I became able to engage again in activism to reduce pollution and renewed my personal efforts to limit my climate impact. I began living more in the moment — appreciating the good weather days and the natural beauty still around me. I began thinking about what I could do to make a warmer world a livable world.

In the progressive realm, we talk a lot about the science of climate change and the economic impacts of various solutions, but we don’t always talk about how we feel about it. Embedded in the science and the calls to action and the debating are deeply felt emotions: Anger about inaction and greed, sadness and despair about the loss of species, natural wonders, and parts of coastal areas, and hope that solutions will create a healthier, more equitable world. The emotions are as important as the science, because they determine what we will actually do about the science — whether we’ll avoid thinking about it and keep scrolling down the page, or whether we’ll stop and make a change.

So, how are you feeling about what’s happening to our climate and environment? What’s your gut reaction to the headlines and storms?