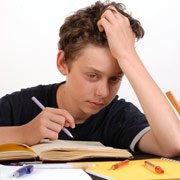 There’s a certain bias many of us seem prone to when thinking about improving schools, and that’s focusing too much on just a handful of aspects of education to the neglect of everything else that matters. Here’s a story about one of them.

Education Week’s Sarah Sparks has summarized research about the relationship (or lack thereof) between grit and creativity. “Grit”—a combination of passion, motivation, and persistence that keeps people working towards their goals even when challenges arise—has received attention in recent years as a key component of student success. It’s been criticized from multiple directions, but the focus on it does highlight the importance of less “academic” traits and skills for students.

Building grit, however, won’t be enough. That’s the conclusion of the research Sparks cites, which finds that a student’s level of grit is in no way predictive of their ability to create ideas.

This is fine. Some situations require grit, others require creativity. Even the researchers in question note that students may well need grit when turning their creative ideas into reality. What’s important is that we avoid letting attention to grit feed the narrowed view of school and academic success that has been a byproduct of reform efforts in the last several years.

As we’ve pushed towards a heavily test-based definition of success (with graduation rates thrown in for flavor at high schools), we’ve unfortunately seen attention to other definitions fade. I find this particularly ironic when calls for test-based reforms are paired with invocations of “the 21st century economy.” Surely that economy will require students to be able to think creatively and critically beyond what can be measured on tests. The value to students of attributes like creativity and grit goes beyond their effects on test scores or graduation rates.

This is why we should be encouraging schools to support the whole child’s development. For Minnesotans, that means in part repairing the Pawlenty-era damage done to enriching classes beyond the core curriculum. It means paying attention to grit, yes, but also to other skills that will serve students well in school, work, and their lives in general.