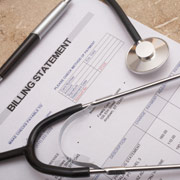 Ever since the great health care debate began, accusations of rationing care have been levied at the Affordable Care Act. The “R-word” has become a political land mine, and in America no one on either side of the isle is rushing to defend the concept. But, the political debate really misses the point. It’s not a question of whether rationing is good or bad, it’s a question of how it gets done, and who decides to ration.

Conservative criticism of rationing would make you think it’s a new concept. But, the opposite is true. Rationing is inevitable in really any type of market.  Uwe Reinhardt, an economics professor at Princeton, writes:

“One must wonder where people worried about “rationing” health care have been in the last 20 years. Could they possibly be unaware that the United States health system has rationed health care in spades for many years, on the economist’s definition of rationing, and that President Obama and Congress is now desperately seeking to reduce or eliminate that form of rationing?”

Reinhardt’s argument is relatively basic economics: prices ration. If the cost of a good gets too high, it becomes impossible for consumers to buy it. This is separate from whether they want to buy it, the argument is that eventually the cost of the good gets so expensive that people just can’t afford it. Right now, these decisions are being made behind closed doors at insurance companies whose main concern is their bottom line. If you’re healthier that’s a bonus.

Since insurance companies are already doing it behind closed doors why do conservatives object so strongly to making it a more transparent public process, allowing public health care policymakers and experts to guide a more collective discussion to ensure that these decisions are not made on a financial bases, but based on ensuring the most efficient outcomes.

Thanks to public pressure and media attention, any agency charged with making these decisions would have to go to great lengths to insure that the evidence back up their decisions. The British National Health Service is probably the most comparable example. The organization that makes these decisions (ironically called NICE) is often the center of public debate, according to T.R. Reid’s book The Healing of America. The British utilize a complicated cost benefit analysis to ensure that the public money is being spent in the most efficient way. And most Britons like the system, a Gallup survey found that 73% of Britons were satisfied with their system, which demonstrates that these types of systems are not nefarious in nature.

In fact if we compare U.S. life expectancy rates with countries that have enacted far more aggressive reforms than the ACA, systems likely to be decried as socialist by conservatives, we see that they beat us. Life expectancy in the US is at approximately 77.9 years. In the UK, it is approximately 79.7 years. The U.S. isn’t even above average for developed nations (the OECD average is 79.3 years).

It is uncomfortable to think about health care in these terms. But pretending it is not already happening simply perpetuates an inadequate understanding of how health care decisions are really made. No one wants to deny a sick person care, but it happens every day at the hands of a shadowy insurance company. We must work to ensure the process by which health care decisions are made is more transparent, fair, and evidenced-based for the best medical outcomes, not the best for profits.