Taxes can be many things.  Most people think of them as a way to raise money, which is easy to understand.  However, they also have a large role in deciding “equity” or fairness, within the marketplace.

A truly free marketplace has no taxes or laws that govern what happens under the banner of commerce.  But taxes, along with other laws, alter the “free market” relationship a great deal — sometimes for good, and sometimes for not so good effects.  Government’s role in tax policy is definitely shaded by its need to find money to run its programs, but it has a much larger, and less self-interested role in building equity into capitalism.  A truly free market would allow slavery, child workers, and highly harmful, if not deadly working conditions.  At one point, our government allowed all of these things to exist in the free market, but ultimately decided that they were too unfair to be allowed to continue.  Taxes, a very specific kind of law, affect things much the same — they do not outright prohibit things, but definitely create “winners and losers” in the marketplace. 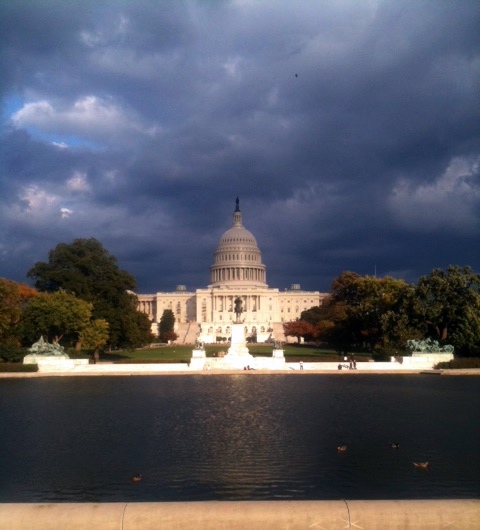 Impressive on the outside, very messy on the inside.

If forced to take a guess, I’d bet that nobody really likes taxes.  Why should you?  Taxes basically take your stuff; stuff you worked hard for, and earned.  Sure, you might be ok with giving some of your stuff away if its for a good cause, like charity, or in exchange for something you like, but taxes don’t work that way — someone else is telling you to relinquish some of your money, without really explaining much of a “why”, aside from veiled threats.  ”Because otherwise you’ll go to jail” is not a reason that encourages a lot of goodwill in people.

On the other hand, lots of people seem to like government services — especially the big ones (services, that is), and especially (this is related) if that service has you on the receiving end of something good.  People without food like foodstamps (which is now called Temporary Assistance for Needy Families or TANF).  Older people without access to affordable health insurance like Medicare, because they probably couldn’t all afford the same level of coverage without the program.

The same thing with Social Security, which is essentially the opposite of a tax.  If people don’t like a tax, they definitely like an opposite tax.  I think the imagery here is something like a pickpocket that secretly puts money back in your pocket, rather than takes it out, and doesn’t sneak around at all, and does this consistently for the rest of your life once it starts.  What’s not to like?

The big services all have a lot of people who like them, because, well, they are BIG.  If there was a service that gave a cookie out to every man, woman and child, that program would probably be very popular, because people like cookies, and this program would benefit almost everyone (except for pets, or the small number of people who don’t like cookies).  What’s not to like?

“But wait” you might say, “just because a lot of people like a service, doesn’t make it a good one.”  And you’d be right!  Cookies taste good, but after you ate your cookie, you wouldn’t have much to show for it.  Meanwhile, the men and women (and machines) could probably have been doing something much better with their time than making a cookie that nobody will care about 5 minutes after they eat it.

And that is, essentially, what makes a tax “good” or “bad” — did it produce something, usually a service, that was worth the tax?  If it was, then it’s good.  If its not, then its bad.  You cannot talk about the merits of a tax without talking about the merits of the services that are provided by them.  You can’t.  And what’s frustrating is how quickly people agree, and then turn right around and split the two apart.

You can definitely think the income tax rate(s) is too high (or too low), but that doesn’t mean anything until you explain how the things you’re getting as a trade-off for your tax aren’t worth the cost of the tax.  Without doing so, you probably don’t understand what you’re saying.  For the rest of the week, we’re going to look at taxes in the US, and what they actually do – and don’t do.  But in all of what I write, I’ll try to keep in mind both the invisible ties between taxes and government programs, as well as how taxes affect our economy.