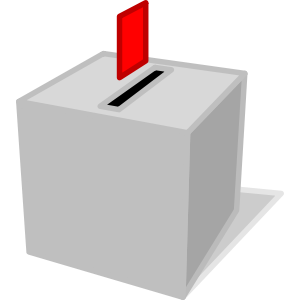 The mid-term elections are behind us, a nearly four billion dollar extravaganza of TV/radio ads, seemingly endless emails, mailings,fliers, and door hangers are gone. All that remains is the knowledge that, despite all of the get-out-the-vote efforts, once again the far right candidates have emerged victorious and for the next two years both the House and the Senate are in the hands of the Republican party.

Here we are… again… Many of us of the left leaning persuasion are shaking our heads and asking ‘how can this be?’. How can a party as clearly messed up in their thinking as the Republican Party have once again taken control of both houses of congress? How can they have won so many positions in the various state races? The working people of this country have to be just stupid, or hateful, right? They elect candidates that are anti-woman, anti-lgbtq, anti-minority of any type. Brainwashed masses so easily swayed that they will time and time again vote against their own interests.

Well, no I don’t think so. If we look at surveys of American attitudes on various issues, we don’t see the people fit this description at all. Over 50% are in favor of legalized gay marriage, two-thirds say the evidence for climate change is solid. Three-quarters support increasing the minimum wage and

60-70% say they are dissatisfied with the way income and wealth are distributed in this country.

We see similar patterns if we look at what ballot measures passed around the country. Minimum wage hikes, voting rights, reproductive rights and so on passed this week. Again, nothing to indicate that the the majority of the people feel that right-wing positions are the correct. Two-thirds of the voters surveyed in exit polls this election say the country is on the wrong track. So yeah, we get it.

No, the working people of this country are not stupid, they are not mean-spirited, or greedy. The problem isn’t that the voters don’t get it. On the contrary, the problem for Democratic candidates is that we do get it.

We get that in Minnesota, with a Democrat Governor, Democrat controlled House and Senate that it took 2 years of hard fighting with these politicians that are ‘on our side’ to get them to raise the minimum wage. Even then, to a completely inadequate level, one that still leaves anyone working for it in poverty. We get that they did nothing substantial to protect the working people who were losing their homes during the height of the foreclosure crisis.

We get that despite the rhetoric of these politicians that far too many of our young people are unable to get a quality education. Our young are told to get higher education, yet in order to do so we are burdening them with tens of thousands of dollars of debt. Debt that most will be repaying for the remainder of their lives.

We get that you have done nothing to address police abuse of our young people of color. That far too many of our children are stuck in the school to prison pipeline.

We get that you, the Democratic Party, tell us how much the economy is improved under your watch, yet we see our wages and purchasing power falling every day. We get that too many of us can’t even afford the rent.

No, Democratic Party, the problem you have is that we get it. You have convinced too many of us that you are our only hope. That leaves us hopeless, and so, every so often we vote against you, or just don’t vote.

Most of us have spent our lives in a political and economic environment where winning has been defined for us as not losing as much as we might have. We have watched our wealth and income drop, the cost of educating our children soar, and more and more of us can’t make ends meet. We have seen the same no matter which of the two parties have had control. We have seen this pattern over the past many decades. We understand that the Democratic Party does what it does because ultimately it finds itself beholden to the large corporate interests. These interests buy the parties, plain and simple. They fund campaigns, and provide the pool for the revolving door of political appointees.

To the community group and labor leadership: You too have been victimized by the decades of messaging telling you that if you don’t get behind the Democrat Party anointed candidates that you will lose everything. That you can only choose between a party that has as it’s goal crushing you and handing everything to the wealthiest, or accepting the meager scraps that Democrat Politicians will drop for you. In return you must pledge your undying support. We, the working people of this nation, have to take control. Our labor, community and other organizations must develop our own parties and candidates, ones that are directly accountable to the community from which they come instead of squandering our resources in the continued election of parties and candidates that have long ago turned their back on us.

This isn’t going to be easy, it will be hard as hell…. but it’s the only way that we can stop this endless downward cycle.