Minnesota had a brief moment of unity celebrating the gains we’ve made in educational equity. Then the credit-and-blame processes kicked into gear.

The cause for celebration was the release of 2013 scores on the National Assessment of Educational Progress (NAEP). It showed Minnesota’s younger students starting to pull us out of “one of the biggest gaps in the country” territory into “typical gap size” territory. Particularly of note was that Minnesota’s black 4th graders had the 4th highest performance in the country.

These are definitely signs of improvement on this measure, although big gaps remain. To what can we attribute these gains? That’s a tricky question.

First, we need to look at the gains in context. Many groups of students have seen gradual, if uneven, improvement over the last decade. 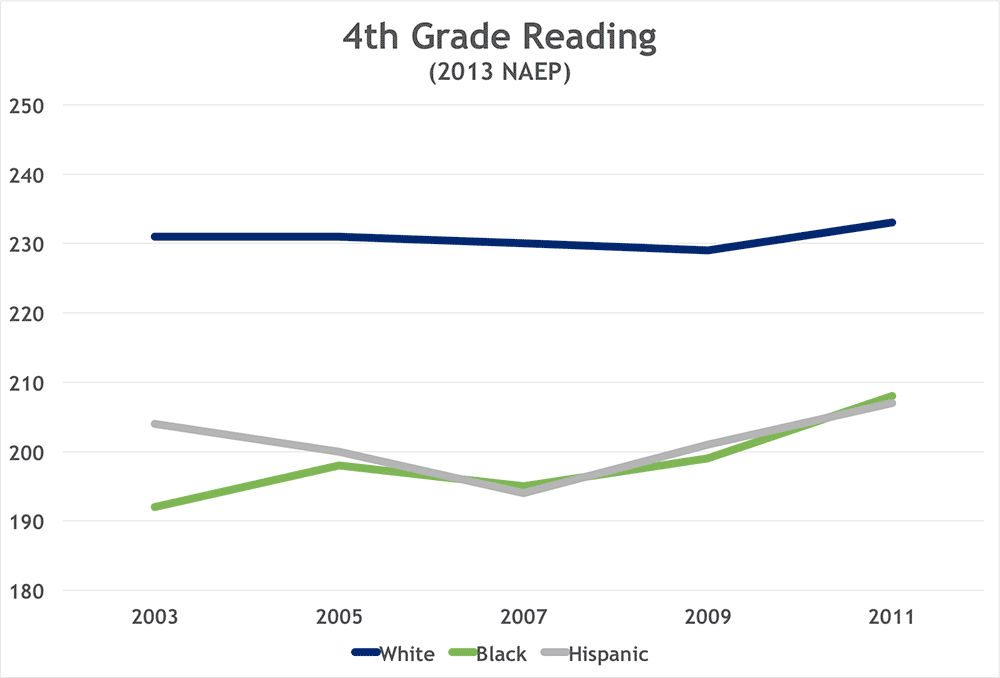 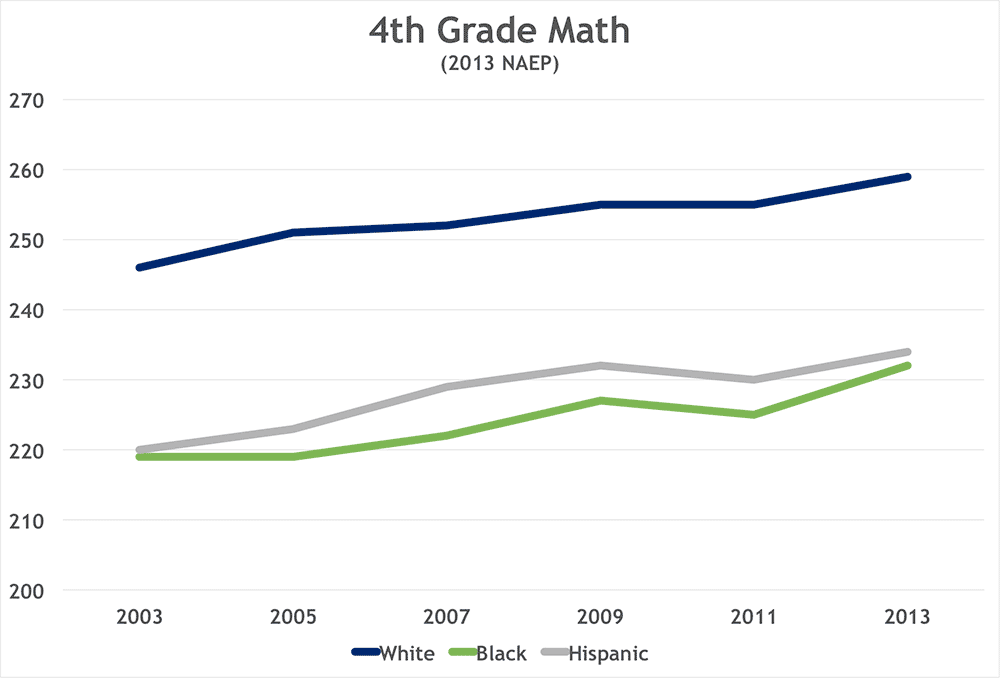 Figuring out who or what is responsible for the changes is a very tricky question, and the answer is probably lots of little things at once. Let’s start with what probably wasn’t responsible:

If you’re looking for what could explain it, here are a few things to consider:

Figuring out what drives test scores is complex, and we don’t have the information and analysis yet to really figure out what drove the 2013 NAEP gains. Keep that in mind when someone’s telling you what they think did the trick.