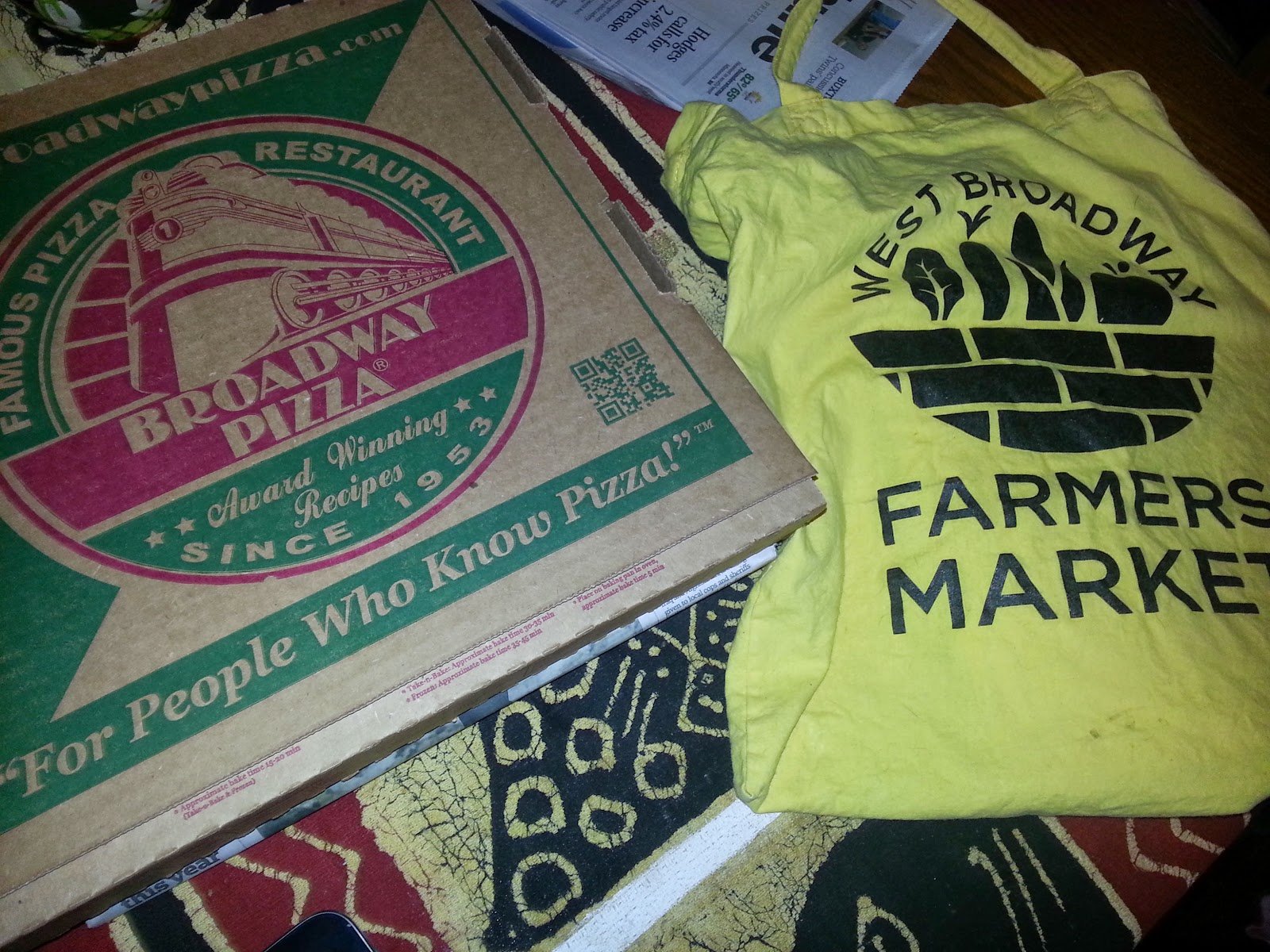 A recent Star Tribune article was quite critical of the lack of progress on West Broadway, and the director of the West Broadway Business Coalition then published a rebuttal detailing the economic development we have seen. I thought the first shot was perhaps a bit too bleak, while the WBC account painted a picture that was overly rosy. The truth, as is often the case, lies somewhere in between.

Since the publication of those articles, I’ve been thinking quite a bit about what we have in the commercial heart of north Minneapolis. As I walk, bike, and drive along the corridor, I’ve been looking at West Broadway through two lenses–what would bring people from outside the area to West Broadway, and what draws me personally to spend money on the avenue.

Admittedly this is subjective. Plenty of places, like nail salons, hair braiding shops, and urban outfitters are not going to draw business from a straight, white male, and I wouldn’t expect them to. But I think there’s something to be said about taking a detailed look at West Broadway, starting at…

The River to the Freeway

Broadway Pizza is our first destination as one enters north Minneapolis. And as the photo above indicates, they do get my occasional business. I’d patronize them more often, especially in the summertime, if they had an outdoor patio overlooking downtown. They did just build a stairway leading from Broadway to the restaurant, so I’m hopeful that they are going to take more advantage of the best view of downtown in the metro.

When they do that, I think this Broadway Pizza will expand their potential to draw customers from all over. But there are seven Broadway Pizza locations within easy driving distance of north Minneapolis, including a second one on the same road (which by that point in Robbinsdale it’s no longer Broadway, but still). So while our locaiton is a community resource, I’m not sure how much people from a larger geographic area may choose to come to this one.

Moving westward we have Absolute Tire. I’ve never gone there as I’ve always been more of a Rusty’s Tire person myself. Absolute Tire seems to cater to a lot more of the specialty rims and such, so perhaps they draw from a wider pool than Rusty’s, which gets my business because they’re close and cheap.

Boom Island and Donny Dirk’s Zombie Den, as well as Cliff ‘n’ Norm’s get props from the WBC, although they are techically a block or two off. (And the former Good Sports will reportedly be opening soon under new management.) I would also say that Donny Dirk’s and Boom Island bring in non-northsiders because of their specialty drinks and DD’s unique ambiance. Not too far from that spot is the Minneapolis Photo Center, a gallery and a draw for artistic and professional photographers citywide.

Pappy’s has better fare than most fried food shacks on the corridor. Their paninis aren’t half bad, and their omelets are surprisingly good. At the end of the day though, it’s still fried food with plastic utensils.

I’m also going to lump in Club Jaeger, the northernmost outpost of the North Loop neighborhood, primarily because it offers a good example of how to bring people in. Jaeger has great beer on tap, unique pizza and sandwiches, and events that are both varied and regularly scheduled.

So on the east side of 94 we have a plethora of locales that at least have the capability to draw customers from all over. That concentration diminishes as we head west.

At this corner there there is at least one destination spot, Friedman’s Shoes. Patrons come from all over the metro and beyond to this store, and I’ve got more than a few Friedman’s shoes in my home as well. Beyond that, I’m not sure what else draws people to this spot.

Sure, the Charles Caldwell mural on the 4th St Saloon is gorgeous, but unless there’s great live music playing, I can find better drinks and a safer atmosphere elsewhere. Across the street we have Taco Bell and Wendy’s. Every few months, I stop in at Taco Bell for something and immediately remember why I hadn’t been to Taco Bell for a few months. Down the street is one of the two West Broadway strip malls that were all the rage a few decades ago and now leave a scar of surface parking along the corridor. The chain auto parts store, a Subway, a cell phone store, Walgreens, a dollar store, and a tax prep place (is there a tax preparation store here? I’m not sure, but it feels like there should be) comprise the strip mall, which could be a collection of stores in Anywhere USA. Almost every commercial spot has these basics, so why would anyone come from outside to stop here?

As we leave the vast expanse of Kemps’ nonexistent facade, we reach…

Winner Gas, Merwin’s Liquor, our second payday lender (or is it a pharmacy now? Or both?), and Cub Foods take up the rest of this corner. And again, these businesses may do a fine job serving our community, but who else would come here? I do like Merwin’s selection, even if its management of some of the panhandlers leaves me wanting a tighter ship. And I buy most of my groceries from the Broadway Cub. The land next to Merwin’s has been vacant for longer than my time here, and the old car dealership will be the home of the new Workforce Center and only a smattering of new businesses.

On the north side sits Burger King and then the infamous Hawthorn (sic) Crossings. The Crossings had (the past tense being the operative term here) two destination points in the same spot; Louisiana Fried Chicken and Umami. The chicken spot was much more of a local hotspot, but was among the better takeout shacks along a corridor crowded with them. I don’t think I need to elaborate on how successful Umami was, other than to emphasize how it brought hundreds of people to the area who otherwise may never have come.

The rest of the Crossings contains a Foot Locker? And a laundromat? A health clinic, US Bank, a..nother dollar store, I think? Maybe there’s a Little Caesar’s pizza by the slice takeout, but I could be imagining that. I’m positive the deep-fried unicorn meat takeout spot was in a dream, though. Yuan Yuan’s (which is not bad but basically like any other quasi-oriental takeout spot), and a McDonald’s/bootleg DVD/illegal drug emporium are two other tenants.

At least Hawthorn (sic) Crossings has the West Broadway Farmers Market, which is the business enterprise between Broadway and Emerson that gets the most of my money, offers some of the best healthy foods around, and operates as a great small business incubator.

Across the street we have some new furniture stores, convenience stores, vacant storefront, music/urban wear, the Olympic Cafe, Neighborhoods Organizing for Change, a stolen cell phone store (one of several along West Broadway; I feel bad for anyone trying to differentiate themselves by doing honest cell phone sales work over here), and a vacant building covered in a visually interesting collage that keeps prospective buyers from actually seeing what the property really looks like. It’s almost as if selling the building for rehab and development is an afterthought.

Sammy’s Eatery/Avenue Eatery and Cookie Cart are the highlights here. I don’t consider Sammy’s to be a destination spot for people outside the community, because as great as the food, coffee, service, and ambiance are, most other corridors have their own coffee shops like this. There are more fried food shacks and nail salons/beauty parlors, and the newly-painted (but still without a sign) nameless gas station. (I’m not a fan of the new facade either, but it beats a drab, blank exterior by a long mile. Remember that, Kemps.)

Popeye’s Chicken and a Pizza Hut takeout shack round out the businesses in this stretch.

On the other side of Irving is the former Butter Roll Bakery, which will hopefully reopen soon, a payday loan spot, and another stolen cell phone store. Did you know we have more payday lenders/check-cashing stores on Broadway than we do actual banks? And that’s if you include the half-TCF inside Cub Foods. On a positive note, Mr. BBQ is fantastic. Great food and the customer service there is always with a smile. I recommend a small order of rib tips, with mac ‘n’ cheese and sweet potato sides. They are among the top recipients of my money along Broadway. But there is precious little space to sit down and enjoy a meal, and I’m not sure how many people come from miles around vs. just the locals.

There’s a car wash, another auto parts store, another gas station, and plenty of space that’s either vacant or occupied by non-profits. After Common Bond’s development comes the

The Capri is another one of Broadway’s destination points. Note to self: go to more events at the Capri. Olympic Cafe has a second location, Anytime Fitness just opened, there’s another tax return spot, Broadway’s umpteenth fried food shack, a dentist’s office, tattoo parlor, and dance school. The vacant storefronts all seem to have continuous work going on without anything ever being completed. NAZ occupies the first floor of the Five Points building, and whatever one thinks about their overall work, I still submit that keeping a small business or sit-down restaurant out of that location is detrimental to the area.

The future former site of Broadway Liquor Outlet will soon see a shift to the Broadway Flats apartments. El Amin’s Fish House is now closed, and I’m not sure it will ever reopen. (Although I hope they do; after Louisiana Fried Chicken left, there hasn’t been a place on Broadway where one can find a decent, or any, po boy sandwich.) Rusty’s Tire, Monte’s Auto, and the former site of the Amazing Oriental Supermarket (now closed, sorry to say; their laab duck was nothing short of, well, amazing) round out the curve up to 26th.

Paradise Pizza closed temporarily, but has reopened. A small engine repair shop is a well-kept secret. It’s so convenient to be able to walk my dog to a vet. A Laotian cultural center/temple almost seems to fade into the background, although it really shouldn’t. And we have yet more vacant commercial space. An honorable mention goes to the St. Petersburg bar just beyond the Minneapolis city limits, as an excellent vodka bar with a great environment. If there is a place where the Russian mafia hangs out, this is it. I celebrated my birthday there once, and a lounge singer did a Russian cover of “The Final Countdown” while garishly-dressed men and women did a traditional folk dance. It was one of the highlights of my LIFE.

As I examine West Broadway as a whole, I tried to come up with one word that could encapsulate the entire north Minneapolis section of the corridor. And the word I keep coming back to is “interchangeable.” I don’t mean that in a positive light. Much of the corridor–the parts that are actually operating decent businesses, that is–feels like it could be part of any urban community anywhere.

And don’t get me wrong, a healthy commercial corridor should have a fair amount of basics for the locals–food, finance, drug stores of the legal variety, auto shops, and the like are community assets. But I look for reasons why someone from outside the immediate area would make West Broadway a destination spot. And quite honestly, we don’t have enough of those.