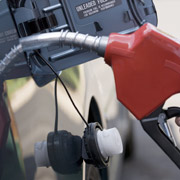 It’s tough to argue to Americans raised on gasoline at 20 or 30 cents a gallon that the current price at the pump pushing $4 is too low. But that’s the conclusion of many economists who have studied the externalities of driving—costs of pollution, accidents, military spending to secure foreign oil supplies, etc. that are borne by society at large rather than motorists themselves.

Basic economic theory tells us that this leads to inefficient allocation of resources, which means less prosperity for everyone. Some scholarly estimates of driving’s inherent cost shifts have run as little as $1 a gallon. A new project by the Center for Investigative Reporting pegs the number more than a bit higher. Check out the center’s entertaining and informative video, above.