It struck me in the middle of the night – why did it take so long to upload my photos to my blog? Only when one of my room lights mysteriously went on at 12:30 AM did I make the connection: certain outlets or fixtures are on only when the national power grid is on; others stay functioning when the generator is running because the power is down. Here I thought maybe the light bulb was defective when in reality it was my assumption that electricity should work all the time.

I remember the panic I went into 10 years ago in Baghdad when as a matter of habit I rinsed my toothbrush after brushing with the tap water – momentarily forgetting that I was told clearly that only bottled water was safe in sanctions-riddled Iraq just before the war. Again, I take safe drinking water for granted. Here we must stick to bottled water because the water treatment plants have not yet been restored to a healthful state.

It might be easier on my nerves if I didn’t sit in the front seat of the vehicles that ferry us from site to site here because the drivers are not only aggressive cutting in and out of traffic – there really isn’t any specific lane the cars and trucks stick to. Because there are so many bridges, underpasses, and highways under construction we frequently are making U turns and it often seems to me that the oncoming traffic doesn’t plan to stop for us. So far, praise be, we haven’t wrecked although a guy on a motorcycle glanced off the car in front of the one I was in the other day and our driver rolled down his window to be sure he was OK before taking off.

Air. The dirt seems to hang in the air for several days after the mini-sandstorm we had on Saturday. Locals tell me it takes a good steady rain to really clear it and so far we’ve had “rain” two or three times, including thunder and lightning last night, but not enough to wash the grit from the sky. Again, I take clean air for granted.

Food. Arab hospitality here seems to go overboard in the quantities of food we are served at almost every meal. I assume a lot of it goes to waste but I’m not around when the scraps are picked up. Does it go to the poor, to the wild dogs outside, to employees’ homes, or just in the trash? I fight the urge not to care about such important justice matters yet want to be a gracious recipient of the hospitality. I take it for granted that I’ll have enough to eat; many others in our world do not. 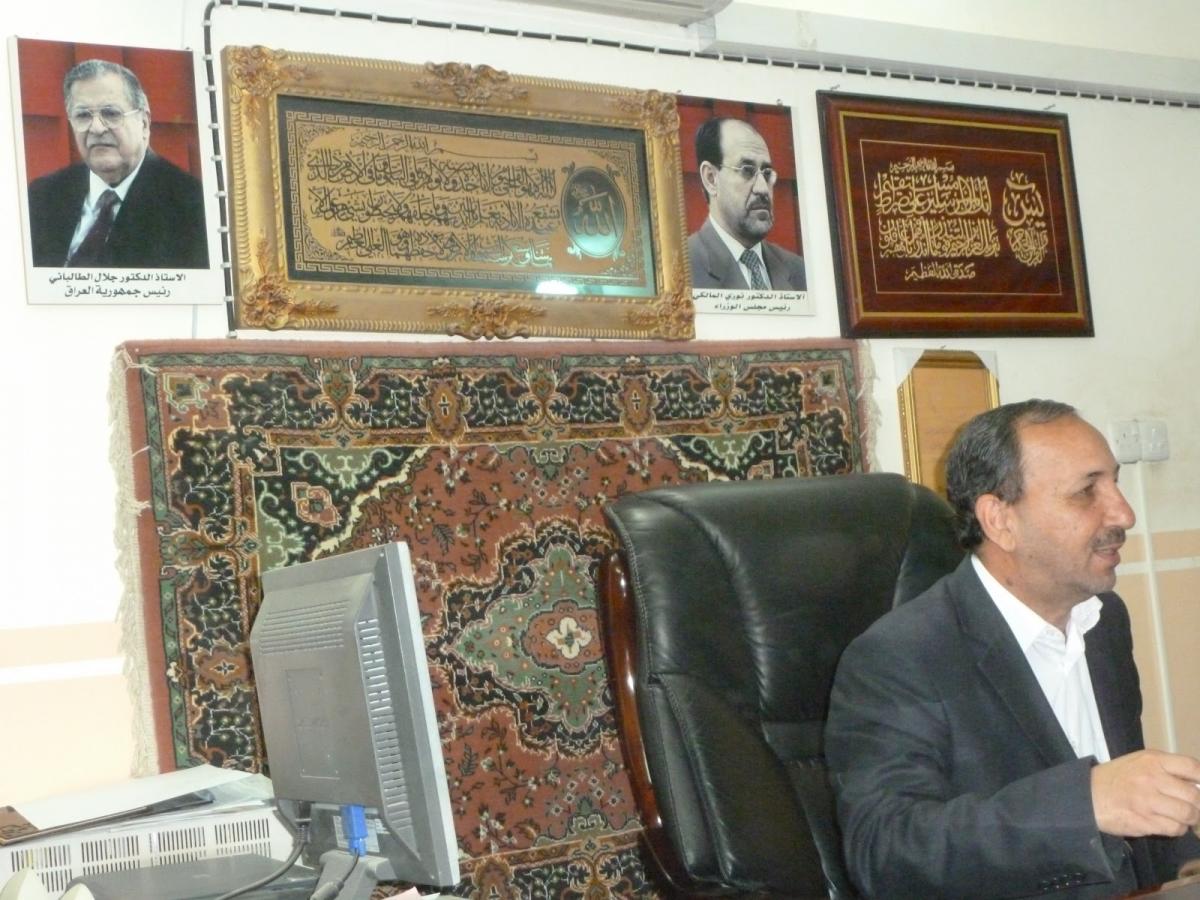 History. This morning we traveled to a smaller town, Al-Mishkab and met with the mayor of a town which (he claimed) was settled before either Kufa or Najaf. Resting beside the Euphrates River, it is (or was) an archeological treasure trove because of the nearby 50+ sites dating back to when Christians and Jews were the primary residents – well before the founding of Islam. However, in 2003 after the U.S. invasion and occupation, many of these sites have been looted of the ancient artifacts by “foreigners”. Because they were speaking in Arabic, I couldn’t discern if the predominate feeling was one of anger or great sadness about the grave robbers but it was clear that they held the U.S. responsible. After all, U.S. troops famously stood aside as the Baghdad Museum was looted and trashed, instead protecting the Ministry of Oil. Secretary of War Rumsfeld laconically said, “Shit happens” when it comes to war – as if it was inevitable. 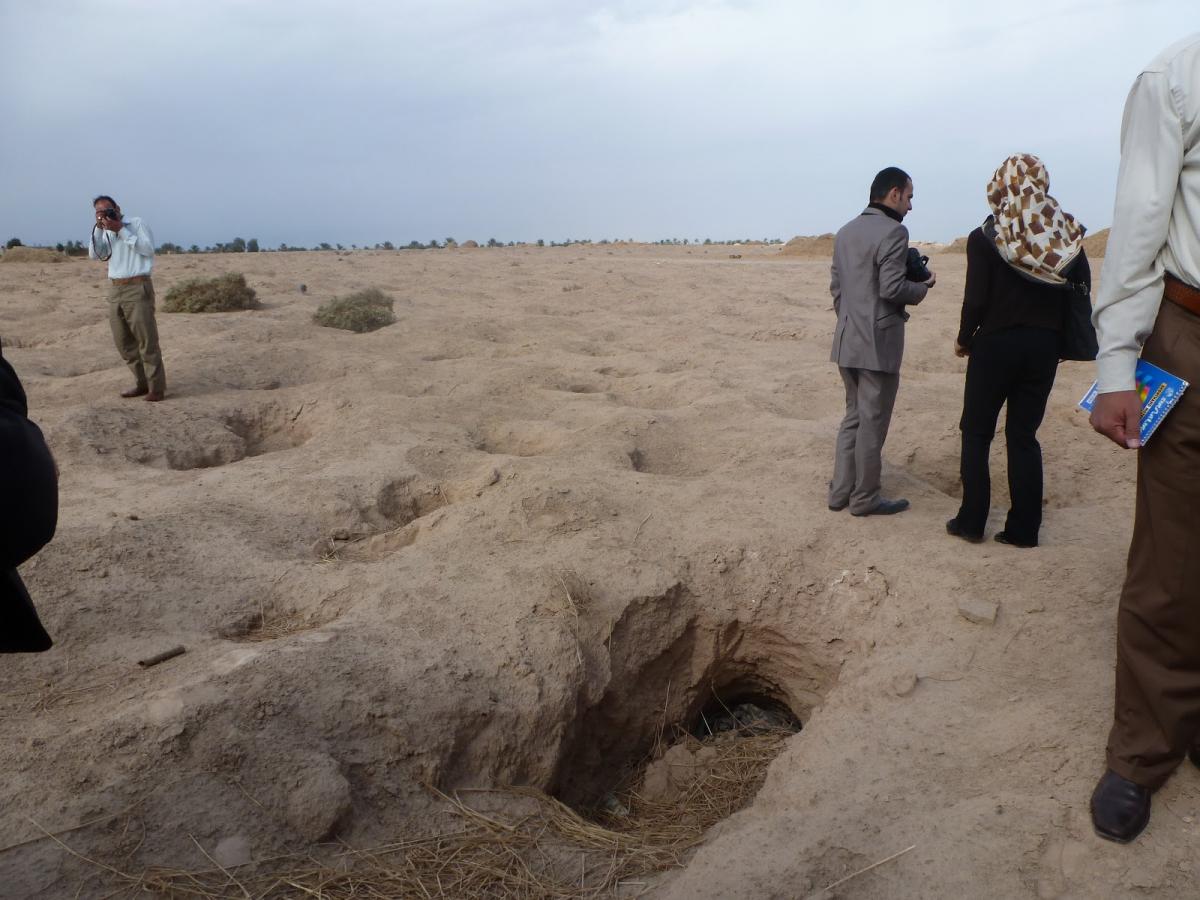 We drove out past farming villages raising cattle to see one of the areas where numerous holes had been dug and where shards of pottery were scattered around the empty holes. Farmers were threshing their rice several hundred yards in the distance. There was a definite sense of melancholy in looking at the empty holes realizing the amount of grave robbing that occurred. I often take for granted that people will respect history but there are always some interested in seeking a quick profit instead. 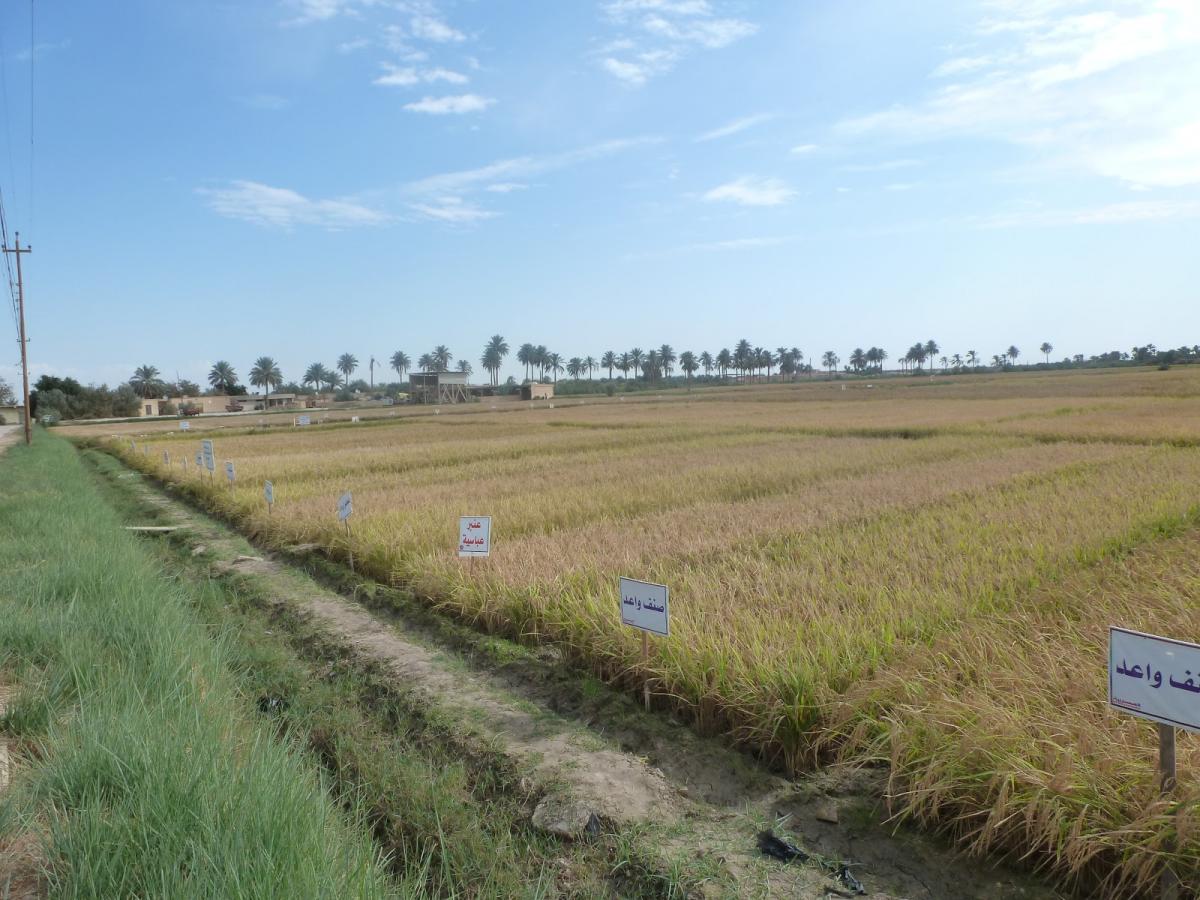 Food and water. Our next stop nearby led us past acres of rice fields irrigated by the nearby Euphrates. We visited a rice research facility and talked with the manager. He told us of all the various varieties of rice and especially focused on the amber rice produced in that area of Iraq which commanded high prices for its quality, taste, and the labor needed to bring it to market. He was especially concerned about the significant drop in the water level of the Euphrates and its growing salinization, both of which were affected by the dams Turkey has placed on the river before it enters Iraq. The Fertile Crescent, Mesopotamia, won’t be so fertile without water to grow the food.

There has been a lot to learn as part of this Sister City/Reconciliation delegation. Too often I take for granted my ability to fly halfway around the globe for peace and justice, failing to remember what responsibilities need to go hand-in-hand with my privileges.