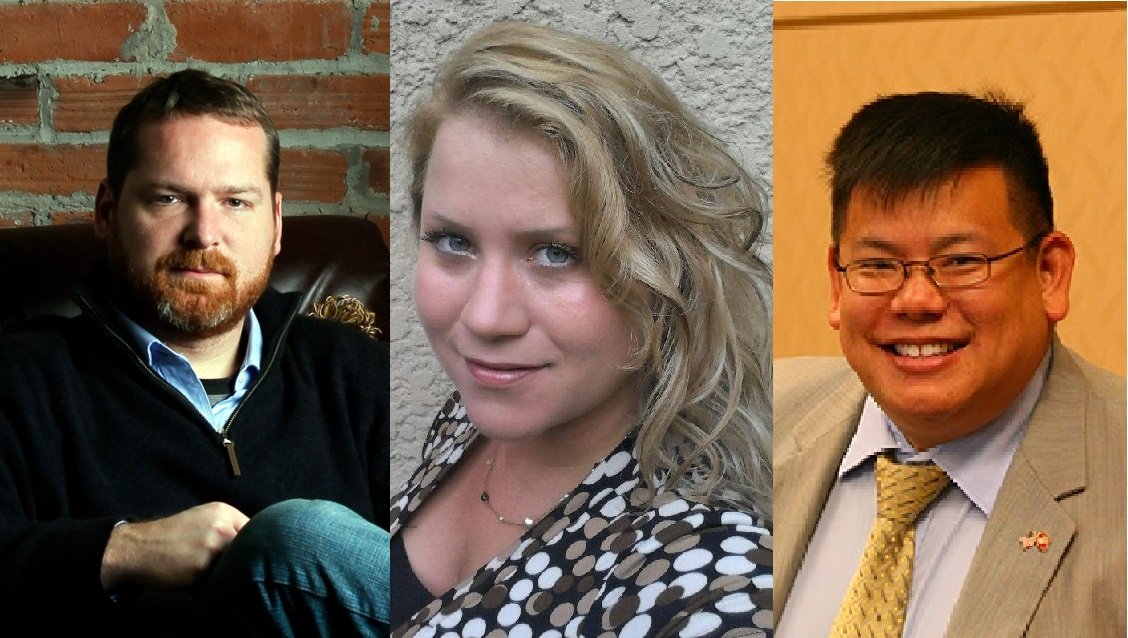 Veterans’ Voices—a program of the Minnesota Humanities Center—is a network of Veterans, connected through the humanities, operating as a positive and creative force in Minnesota whose mission is to form a public narrative that affirms Veterans as positive leaders and contributors to our future. These Veterans involved with the Veterans’ Voices program have compiled a short collection of what Veterans Day means to Veterans, written in their own voices.

What Veterans Day Means to Me
By: Angie Batica

Historically, Veterans have defended and protected for our way of life for eons. A Veteran is any human being who volunteered to serve and sacrifice his or her own freedoms so we can have ours. Serving in the military is not easy. Some Veterans have endured more than others, including loss of life. To recognize all Veterans just one day out of a year is not too hard to ask. The freebies businesses provide are a token of gratitude, which are not expected but are greatly appreciated. If it weren’t for Veterans, I wouldn’t have the freedom of speech to write this article. With that I say ‘‘Thank You Veterans!”

Angie Batica is a U.S. Army Veteran from St. Paul who was a 2013 Minnesota Humanities Center Veterans’ Voices awardee. Angie is an artist with Veterans in the Arts, a Media Relations Officer for Women Veterans Initiative, and an actor in Telling: Minnesota.

Veterans Day Is a Tribute to America
By: Benjamin Krause

What makes Veterans Day great is the symbol of unity it fosters across traditional divisions, and America should remember this example when it comes to divisiveness. It is the one holiday where all Veterans are honored regardless of generational differences, political preferences, or ideology. Whether a Veteran is from The Greatest Generation, a Baby Boomer, Generation X or Y, or a Millennial, all Veterans from all generations are honored on this day without division.

Many Veterans will tell you they feel a connection with one another regardless of traditional divisions along generational lines, political preferences, and ideological divides. This connection is fostered to help reinforce the need to accomplish the mission ahead of personal differences and biases. And, this connection does not exist only with Veterans. Veterans are, after all, Americans, and this example is merely one reminder within the context of Americans unifying to achieve great feats.

This example of unity while in the Armed Forces should be considered not only on Veterans Day but also on all days. Still, Americans are bombarded on a regular basis with divisive issues that stand to split the country apart more now than ever and are credited with many of the problems facing our next generations. Why not borrow from the playbook of Veterans and look for common issues to mend special interest divisiveness?

To me, Veterans Day serves as a symbol of American unity. It serves as a reminder that when America unifies behind a common purpose, the country is at its greatest.

Benjamin Krause is an Air Force Veteran from Minneapolis who was a 2013 Veterans’ Voices awardee. Benjamin currently writes advocacy guides and articles on his website, DisabledVeterans.org, and on Military.com.

The Real Importance of Veterans Day
By: John Lally
Veterans Day is not important because of the plethora of retail sales, or because of discounted meals for Vets, or even because some civilians are reminded to say thanks for our experiences that most can’t begin to relate to. The importance is in the opportunity for an integrating Veteran’s reunion — across services, across ranks, across eras — without fear of being mocked or insulted or patronized.

The sailor from Midway, the Marine from Korea, the soldier from Vietnam, and the airman from Iraq can talk in that peculiar and arcane language of the serviceman and know there is a good chance that they will be understood. Often just a simple question like “Where were you?” or “Who were you with?” can make the link and make further discussion unnecessary…and an expressive silence can mean more than a flood of superficial rhetoric.

For these men and women, the discussion about whether a war was good or necessary is inane. The whys and hows are less important than where we are and where we are going.

John Lally was an infantry squad leader and platoon sergeant in the famed 101st Airborne Division in the last years of the Vietnam War. He is the author of After Action Report: Poems of the Vietnam War. His poems, written often in foxholes and on bunker lines, trace the course of a year-long tour of duty to chronicle the fear, hope, pride, guilt, and frustration of combat soldiers, and the issues of dealing with the experiences of war when they come home.

Listen to Veterans Every Day

To many Veterans, the gesture of thanking a Veteran for her or his service seems like a hollow acknowledgement of a Veteran’s service to her or his country. That’s not to say that the gesture isn’t heartfelt by the person doing the thanking. We’ve moved away from spitting on our returning Vietnam-era warriors. We support our troops with car magnets, bumper stickers, and a shallow acknowledgment of the sacrifice of our warrior sons and daughters. Plenty of worthwhile Veterans organizations and government entities try to highlight the service of Minnesota Veterans. Indeed, Governor Dayton signed a bill designating October “Veterans Voices Month”. But for all the work that Veterans advocacy organizations and our elected officials do, we haven’t moved beyond the hollow thanks or throwing a buck at Veterans organizations. We aren’t listening. We should go beyond our acknowledgement and make time to listen to Veterans. We need to make a difference to those Marines, Sailors, Soldiers and Airmen who faced countless horrors so that we may enjoy our freedoms. I know that I will take the time to honor my fellow Veterans by listening to them.

Evan Tsai is a Marine Corp Veteran from Minneapolis and a recipient of the 2014 Veterans’ Voices ‘On the Rise’ award. Evan currently serves as a leader in the Minnesota criminal justice system through his work as a public defender and a volunteer for Veteran’s causes.