Minnesota has a 5.9% unemployment rate. But what does that mean? Unemployment is much more complex than that number indicates because it ignores a significant number of people who are affected by the poor labor market.

That basic number is known as U-3 unemployment and includes everyone who does not have a job but is actively looking. When Minnesotans become so discouraged with the job market that they stop their job search, they are omitted. They are also not counted if they are underemployed – working part-time but want full-time work or have jobs for which they are overqualified.

There are two reasons why this is a problem for Minnesota. Most important, there are approximately 150,000 underemployed or discouraged job-seekers in Minnesota above and beyond the 175,000 who are unemployed making the job market worse than most people think. Second, as the economy improves discouraged and underemployed workers will start looking again. Unless they immediately find jobs, they will be reported as part of the U-3 unemployment rate leading to anxiety that unemployment is rising again, when nobody really lost a job. 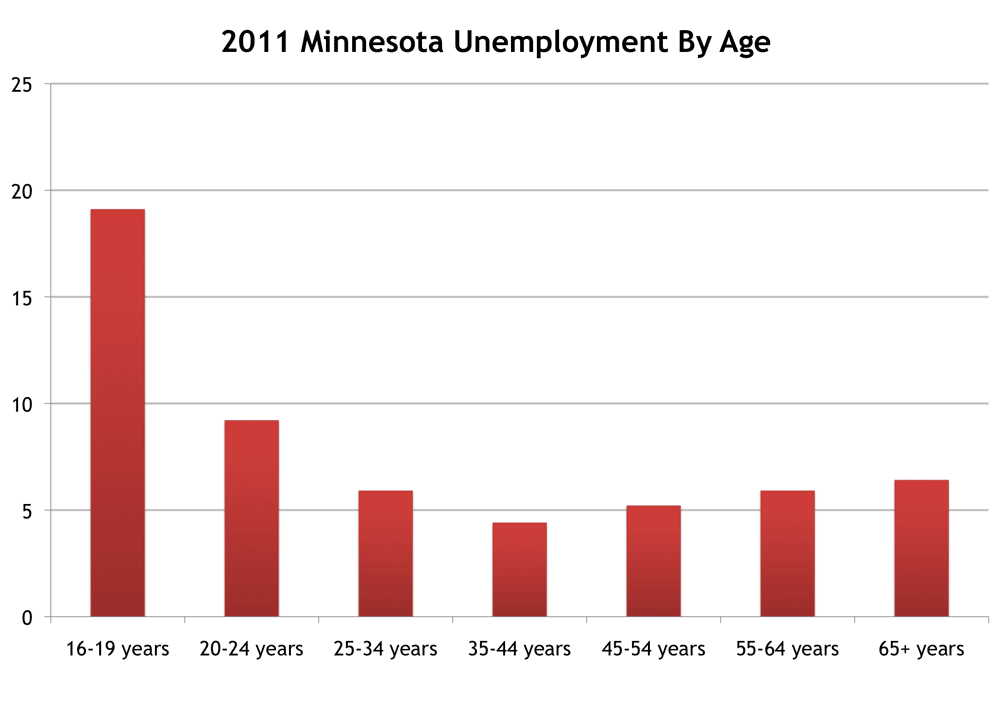 Graduating into a weak job market is not only temporarily painful – it can be detrimental for decades to come. According a Yale School of Management study, higher unemployment at graduation impacts wages into a worker’s future.

Dr. Fatih Guvenen, Associate Professor of Economics at the University of Minnesota, studies this problem. According to his research, young adults typically switch occupations several times in their twenties in order to find the right career. “When they eventually find an occupation that they like and are good at, they are more likely to invest in human capital – training and skills. In a poor job market, they do not have the flexibility to switch because jobs are harder to come by.”

The state of the job market is much more nuanced than the 5.9% unemployment rate reported for Minnesota. The longer that Minnesota’s labor force is underutilized, the worse the long-term impact is. In my next article, I will discuss some steps Minnesota can take to address unemployment.